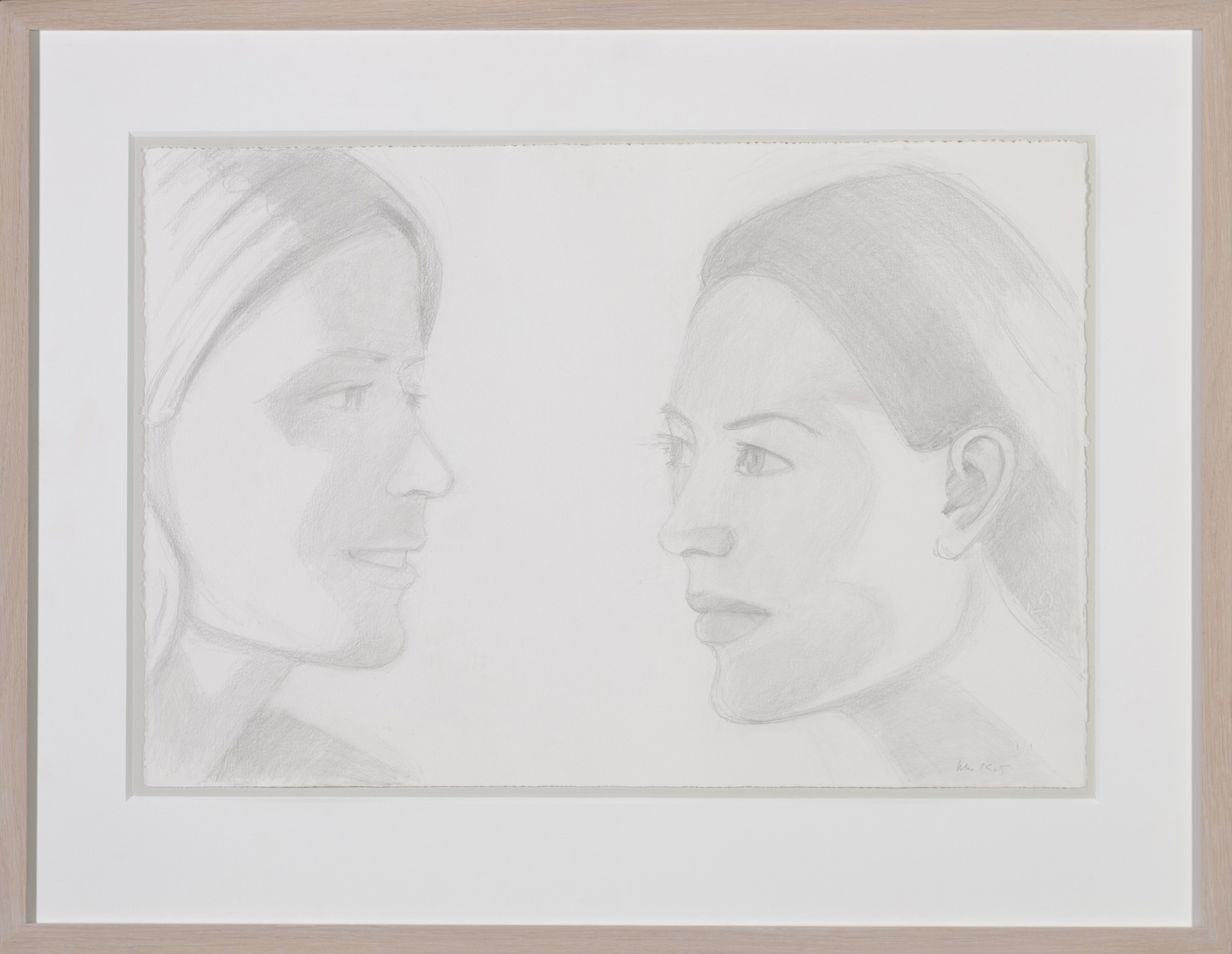 This piece is in excellent condition. The work is floating in mat. The paper has deckled edges. Framed with museum glass.

Courtesy of Myrna and Spencer Partrich

Alex Katz is renowned for his large-scale depictions of landscapes, flowers, and portraits. Katz’s flattening of forms, simplification of detail, and alla-prima paint application, are trademarks of his work. During the mid-1950s, Katz fell into the small circle of artists known as the 10th Street Scene, which included Lois Dodd, Larry Rivers, and Fairfield Porter, among others. Subsequently, he made a decision to attempt greater realism in his paintings. He became increasingly interested in portraiture and painted his friends and in particular his wife and muse, Ada. Katz began using monochrome backgrounds, which would become a defining characteristic of his style, anticipating Pop Art and separating him from gestural figure painters and the New Perceptual Realism. Over the following decades, he developed his hallmark stylization through experimenting with collaged paper and aluminum cutouts. Having achieved widespread critical acclaim and commercial success, his work serves as a beacon to younger generations of artists. Alex Katz's work has been the subject of more than 200 solo exhibitions and nearly 500 group exhibitions internationally since 1951 and his works can be found in over 100 public collections worldwide. Most notably, those in America include: Albright-Knox Museum, Buffalo; The Art Institute of Chicago; The Brooklyn Museum; Carnegie Museum of Art, Pittsburgh; Des Moines Art Center; Hirshhorn Museum and Sculpture Garden at the Smithsonian Institution, Washington, D.C.; The Los Angeles County Museum of Art; The Metropolitan Museum of Art, New York; Milwaukee Art Museum; The Museum of Fine Arts, Boston; The Museum of Modern Art, New York; The National Gallery of Art, Washington, D.C.; National Museum of American Art, Smithsonian Institute, Washington, D.C.; National Portrait Gallery, Smithsonian Institution, Washington, D.C.; Philadelphia Museum of Art; the Wadsworth Athenaeum, Hartford; and The Whitney Museum of American Art, New York.