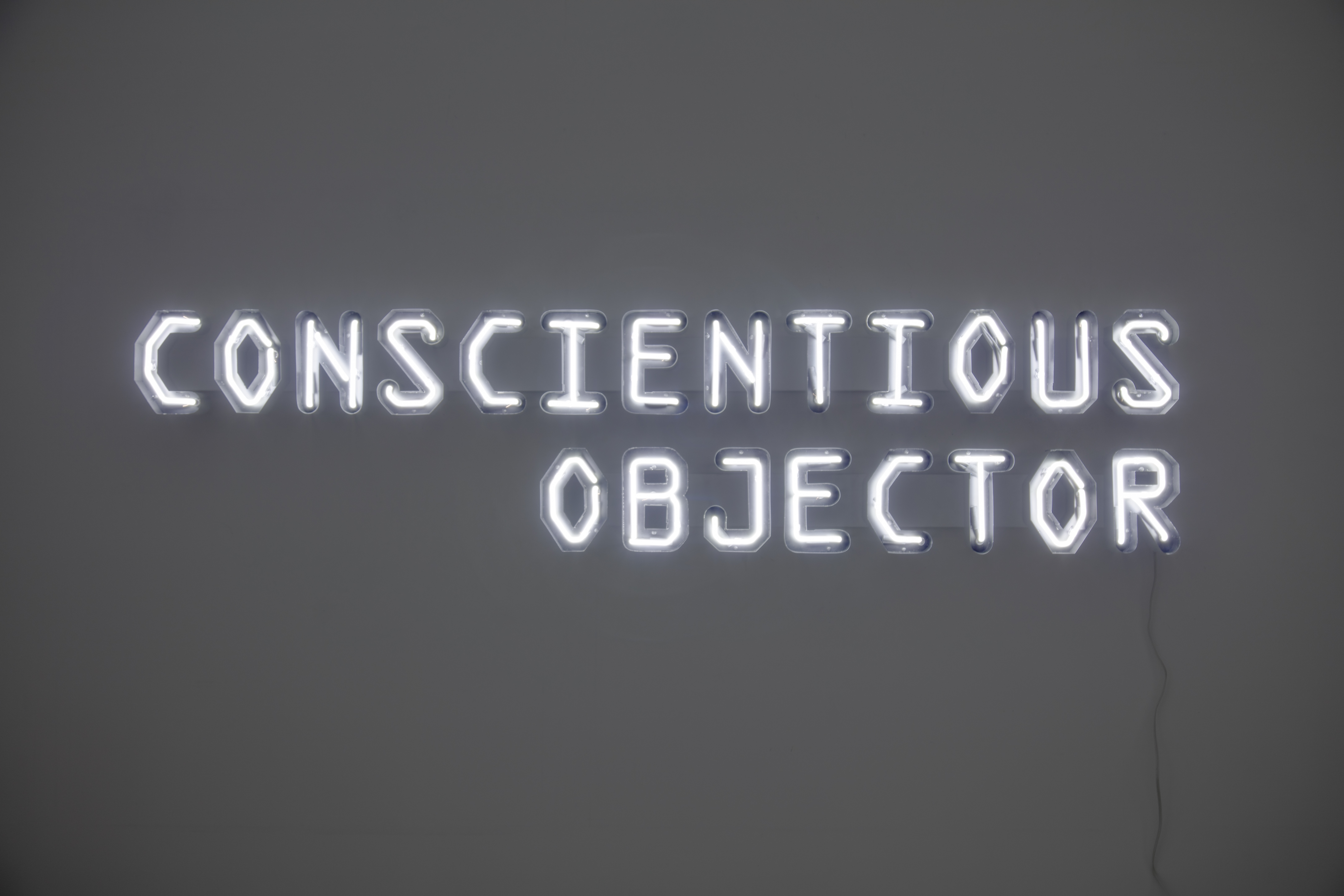 Courtesy of the artist and Gavlak Palm Beach / Los Angeles

For Maynard Monrow, inspiration lies in current events, what he calls “The Immediate Here and Now.” Informed by his interest in art history, critical theory, and culture, his text-based work features witticisms, bon mots, and maxims ranging in tone from the quotidian to the extraordinary and the polemical to the uncontroversial. Maynard Monrow's artistic practice continues through conceptual text-based reinventions of the still life convention in classical art. Combining humorous sophistication with a pragmatic approach, Monrow’s text-based sculptures are rendered in readymade industrial formats such as café menu boards and stanchions signs.

Untitled (C.O) is one of four provocative, neon works that pulsate and flicker in hues that recall the United States flag. Each neon letter is housed in an aluminum frame, underscoring its shape and creating reflections and shadows throughout the sculpture. Fabricated to hang as one unit, the pieces mimic classic neon signs while subverting their commercial dimension as a cultural object.