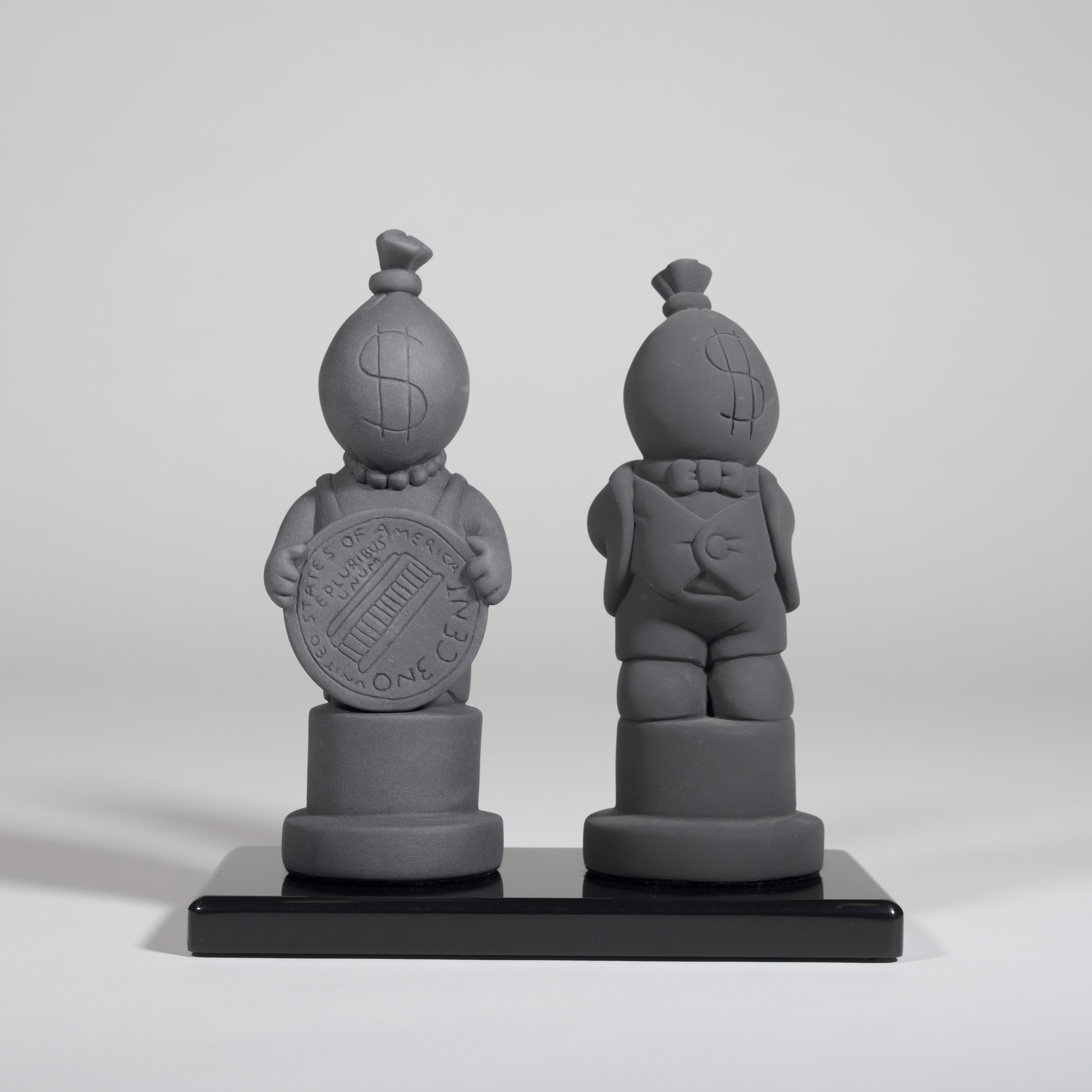 This piece is in excellent condition. Minor surface scratches on top of base.

Since the 1970s, Tom Otterness has been populating public spaces with his impish human and animal sculptures, through which he gently lampoons American society.Otterness came to New York City in 1970 to study at the Arts Students League, and in 1973 took part in the Whitney Independent Study Program. In 1977 he became a member of Collaborative Projects, a pioneering community of independent artists, and took a leading role in organizing the Collab’s 1980 Times Square Show, which was called “the first avant-garde art show of the ‘80s” by the Village Voice. Otterness is one of a handful of contemporary artists invited to design a balloon for the Macy’s Thanksgiving Day Parade, for which he devised a tumbling Humpty-Dumpty in 2005.

He is best known for his public sculptures, including his Playground on 630 West 42nd St. in New York. Another famous piece Life Underground (2004), inside the 14th Street-Eighth Avenue Station in New York, depicts small bronze figures engaged in various tasks. “It’s a simple language; it’s a cartoon language; it’s smiley, button faces,” the artist said. “People aren’t thrown off by a language they don’t understand.”