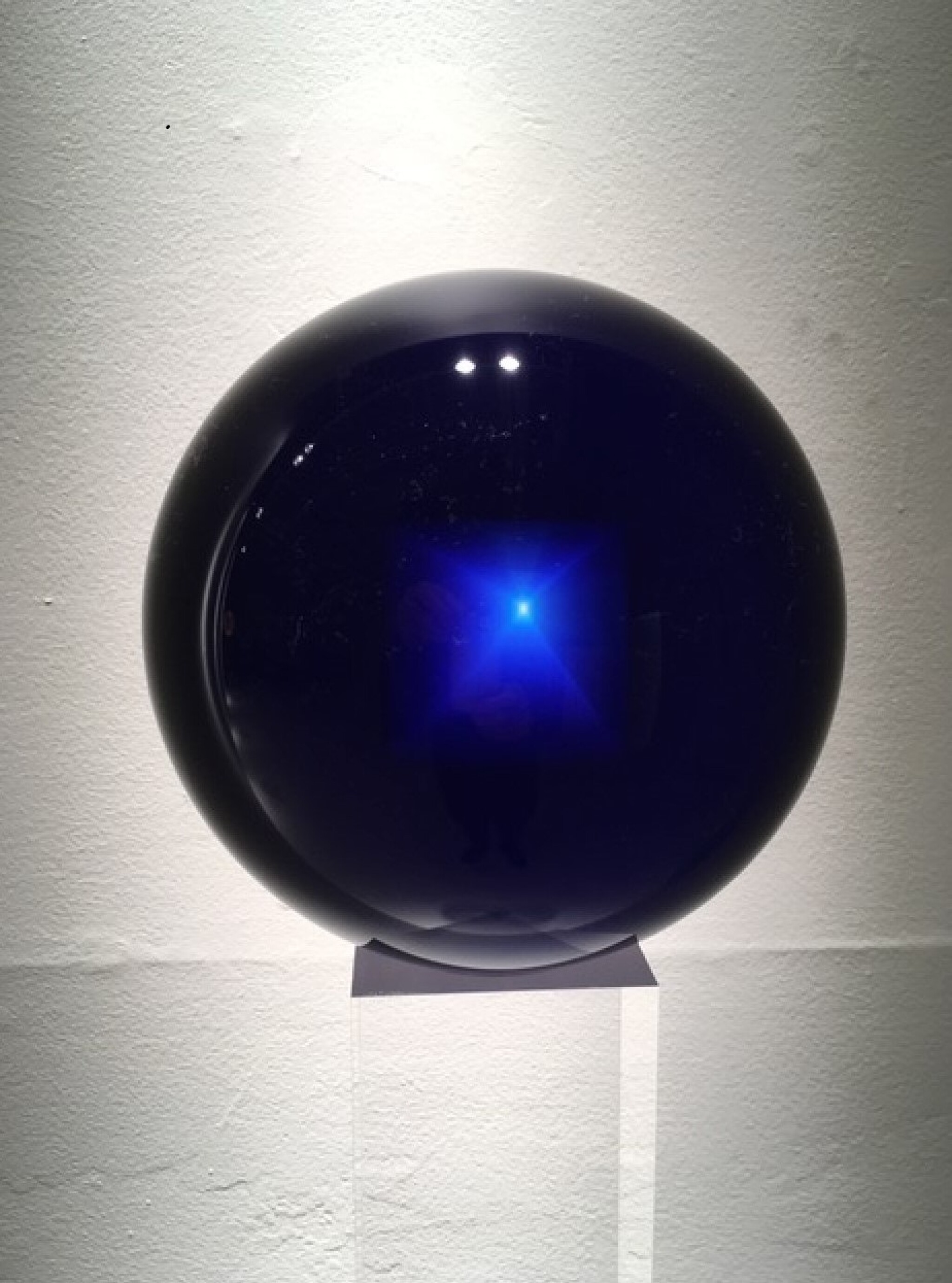 Courtesy of the artist and Art Collection Development

Helen Pashgian was a pioneer in the Light and Space movement of the 1960s and 1970s. Primarily working in sculpture, Pashgian is known for her experimentation with industrial materials such as fiberglass, resins, plastics, and coated glass. She is perhaps best known for her small, translucent objects which are often orb-like or diamond-shaped with luminous colors and highly finished surfaces. Her works have been considered alongside other important Light and Space artists such as Mary Corse, James Turrell, and Craig Kauffman.

Pashgian studied and completed her undergraduate degree at Pomona College in 1956 before heading to Boston University for her master’s degree. In the 1960s, she returned to the Los Angeles area and joined a number of like-minded artists in exploring the artistic possibilities of industrial materials. The physicality of each of her works morphs as the viewer moves around it, with the subtleties of its form dissipating and manifesting in different ways according to varying angles of light.

Trained as an art historian with a focus on the Dutch Golden Age of the 17th century, Pashigan’s reverence for Johannes Vermeer, the painter of light, has been fundamental to her longstanding interest in the effects and perception of light. While she has gravitated towards experimenting with non-traditional materials, her primary concern has always been to maintain light as the object and subject of her work. For Pashgian, light is not simply a metaphor, symbol, or allegory; light itself is both the medium and the message.