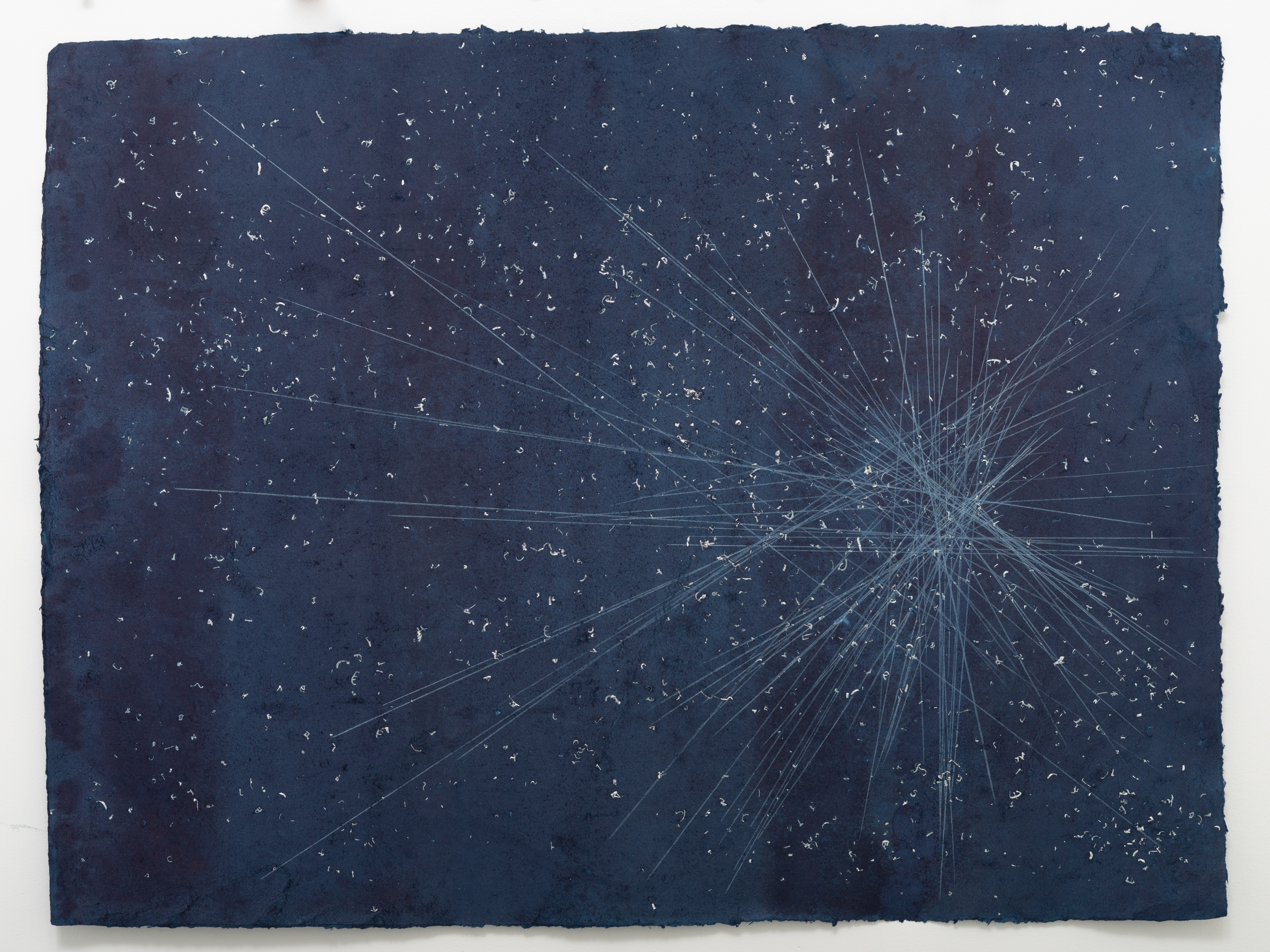 Indigo and pencil on handmade paper

Courtesy of the artist and Mayrock Art

Miya Ando is a Japanese and American artist whose painting and sculpture articulate themes of perception and examine one’s relationship to time. Ando is a descendant of Bizen sword makers and spent her childhood between a Buddhist temple in Japan as well as in rural Northern California. Her work pays homage to ancient techniques and ideas, fusing them with contemporary materials and forms. She often references historic literary texts and examines the idea that the fundamental nature of reality is that all constituent forms that make up the universe are temporary; a concept found in Buddhism as well as quantum physics.

Ando’s work has been the subject of recent solo exhibitions internationally at leading institutions including The Asia Society Museum (TX), The Noguchi Museum (NY), Savannah College Of Art and Design Museum (GA); The Nassau County Museum (NY) and The American University Museum (Washington DC). Her work has also been included in extensive group exhibitions at institutions including The Crystal Bridges Museum of American Art (AK), The Los Angeles County Museum of Art, CA; The Haus Der Kunst, Munich, Germany; The Bronx Museum, (NY) and The Queens Museum of Art, (NY). Her work is included in the public collections of LACMA (CA), The Nassau County Museum (NY), The Corning Museum of Glass (NY) and The Detroit Institute of Art Museum (MI), The Luft Museum (Germany), Scottsdale Museum of Contemporary Art (AZ), The Santa Barbara Museum of Art (CA), The Museum of Art and History (CA), among other public institutions as well as in numerous private collections. Ando has been the recipient of several grants and awards including the Pollock-Krasner Foundation Grant Award and commission for The Philip Johnson Glass House, New Canaan, CT. She exhibited her work in “Frontiers Reimagined” during the 56th Venice Biennale.