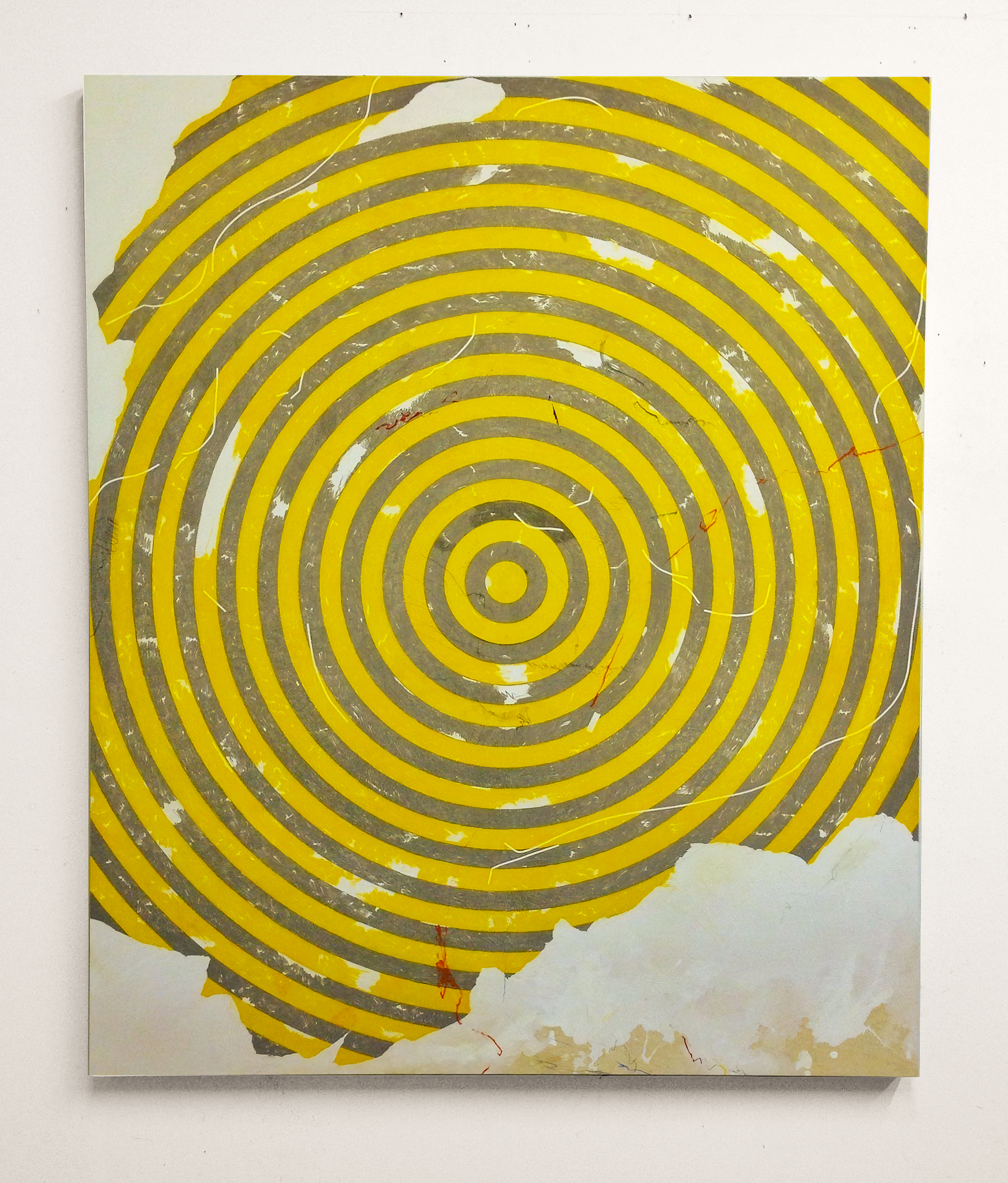 Signed A. Brischler, dated 2014 and inscribed with title and medium written on verso top center panel

Andrew Brischler’s work examines the underbelly of American popular culture through a mash-up of graphic design and fine art abstraction. Brischler described his childhood self as voracious consumer of queer cinema, re-runs of classic television, and Bruce Springsteen--the posterchild of machismo--which helped him understand and celebrate his identity. "That combination of cultural criticism and earnest emotional tribute remains the cornerstone of my studio practice today," says the artist.

His work is in the collection of The Norton Museum of Art and University Art Museum at SUNY Albany, New York. In 2015, he was awarded a Fellowship in Painting by the New York Foundation for the Arts. In 2013, he was awarded the prestigious Rema Hort Mann Foundation Visual Arts Grant. Brischler has been featured in numerous publications, including Architectural Digest, 100 Painters of Tomorrow (Thames & Hudson, 2014), Modern Painters, and New American Paintings.