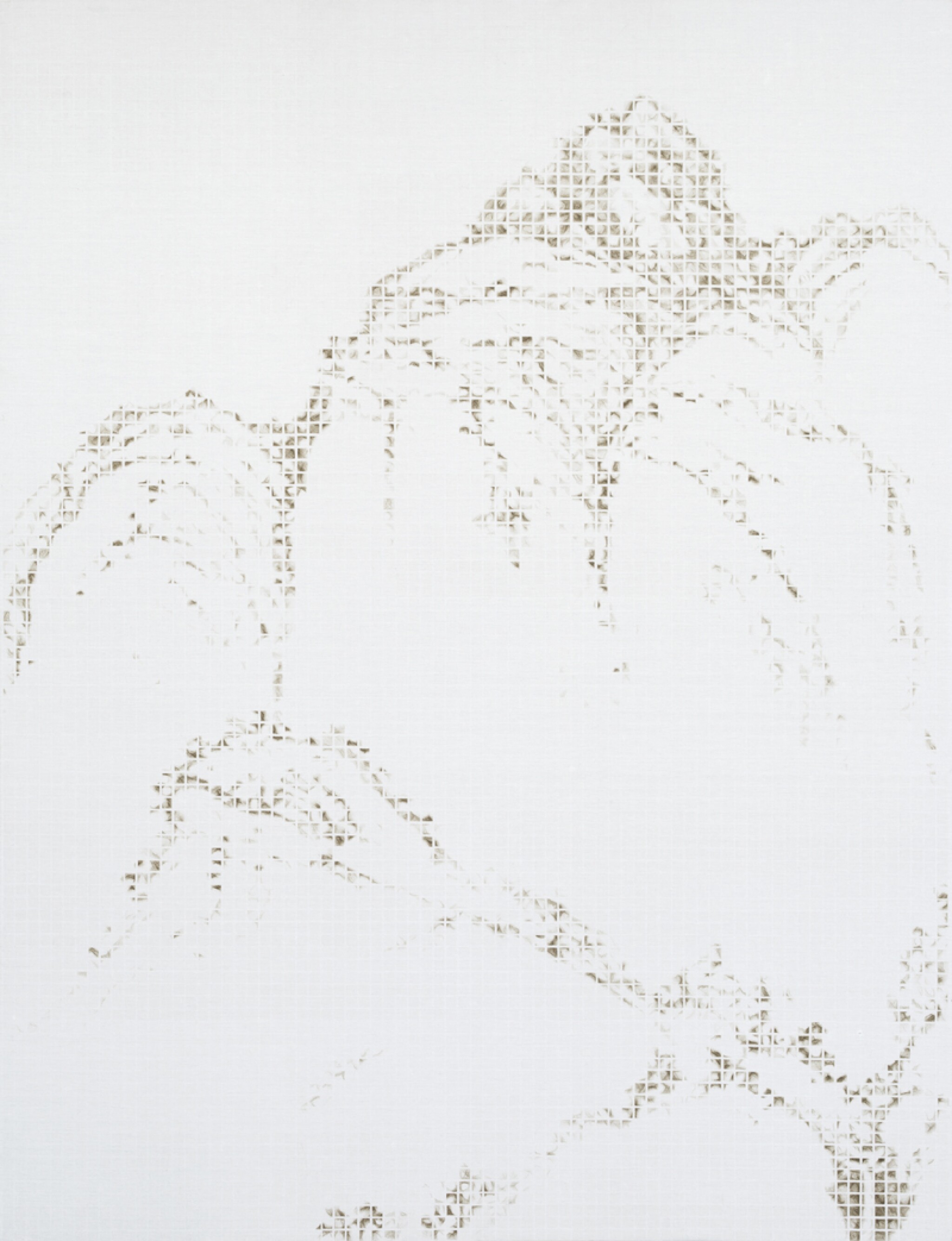 Inscribed with title and dated 2013 on verso, bottom left

This piece is in excellent condition. Unframed.

The New York–based Buddhist artist Hu Junjun balances the self expression inherent in her creative practice and the nullification demanded by her faith. Though originially from China, Hu only began to explore Buddhism when she moved to New York in 1998. The differences between Buddhism and contemporary art, between the devotion to negating the self and self expression, influence her creative output conceptually and physically. “In my earlier life, I couldn’t solve this contradiction,” she says. “Today, it seems that it can slowly be resolved, digested, and unified. The sharp becomes soft.”

In her series "Beyond the Mountain" (2012-13), Hu paints in oil, using a grid to map images on linen. The images mapped are sections from ancient shanshui paintings--traditional Chinese paintings of natural landscapes done with a brush and ink-- which she painstakingly recreated, box by box, in pale grays and browns, leaving the white grids visible–like grout between tiles —in her finished works. The artist’s use of grids makes her paintings in some ways automatic, atomizing conceptual wholes such as “mountains,” “clouds,” and “branches” into unidentifiable squares of matter. This technique, was used under Mao to prevent mistakes in the reproduction of official portraits. Mountain - Summer Solstice, from this series, was Hu Junjun's first artwork to be offered at auction at Wright in 2016.