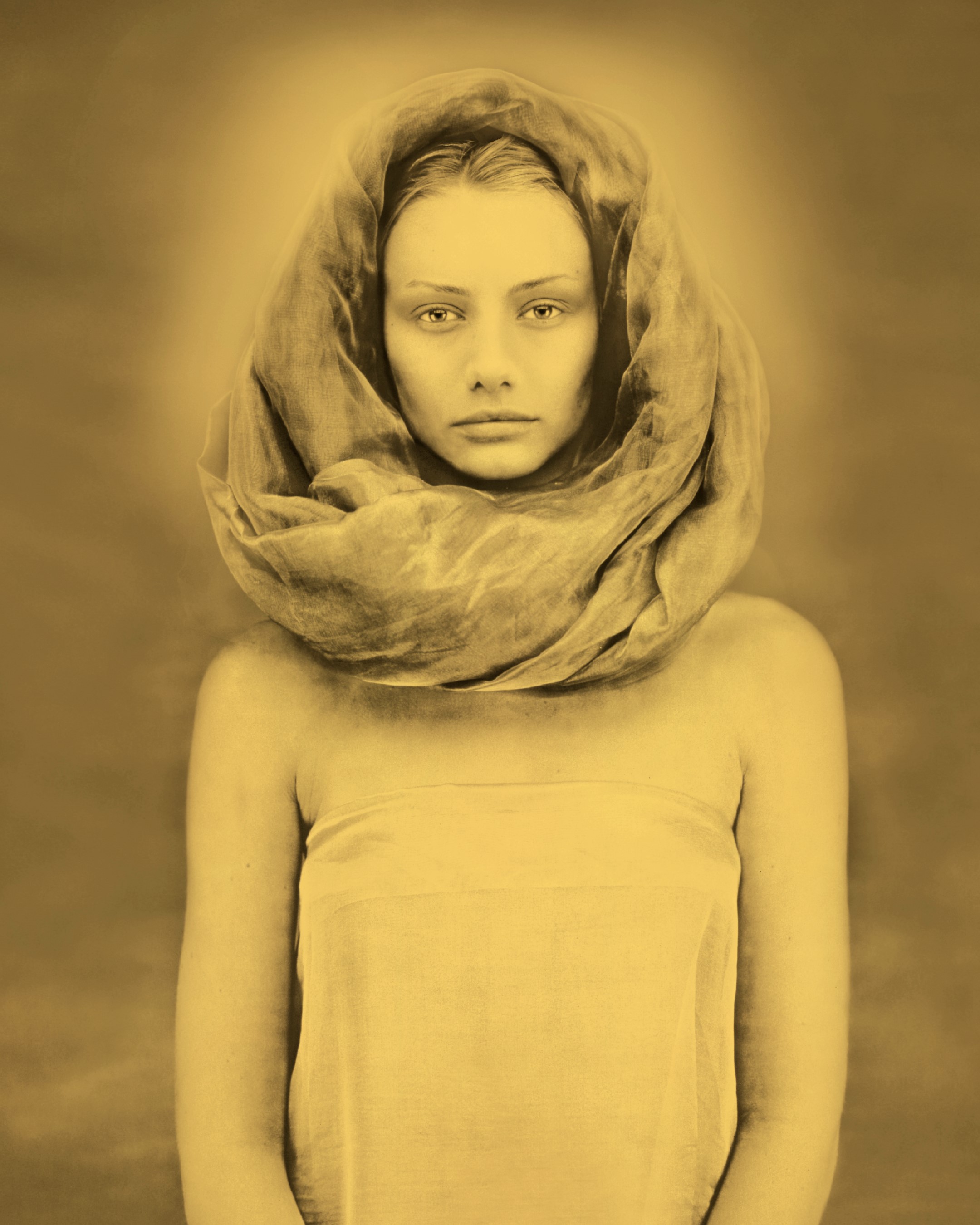 Courtesy of the artist and Holden Luntz Gallery; printing by Blazing Editions

Joyce Tenneson’s human portraits go beyond a surface recording of her subject’s likeness. Her work is a combination of portraiture and mythology; she is interested in discovering the archetypes of our being.

Her signature images attempt to show the inner person who hovers behind the facade. Tenneson says, “I want to allow others to reveal and celebrate aspects of themselves that are usually hidden. My camera is a witness. It holds a light up for my subjects to help them feel their own essence, and gives them the courage to collaborate in the recording of these revelations.” Before she does human portraits, she tries to learn as much she can about her subjects, so she has a sense of their history.

Tenneson ihas been described critically as “one of America’s most interesting portrayers of the human character.” Her work has been shown in over 150 exhibitions worldwide, and is part of numerous private and public museum collections. Her photographs have appeared on covers of magazines such as Time, Life, Entertainment Weekly, Newsweek, Premiere, Esquire and The New York Times Magazine. She is also a much sought-after personal portrait photographer with clients in Europe, Japan, and the United States. Tenneson is the recipient of numerous awards, including the International Center of Photography’s Infinity Award, for best-applied photography. In addition, she has been named “Photographer of the Year” by the international organization, Women in Photography. A recent poll conducted by American Photo Magazine voted Tenneson among the ten most influential women photographers in the history of photography.