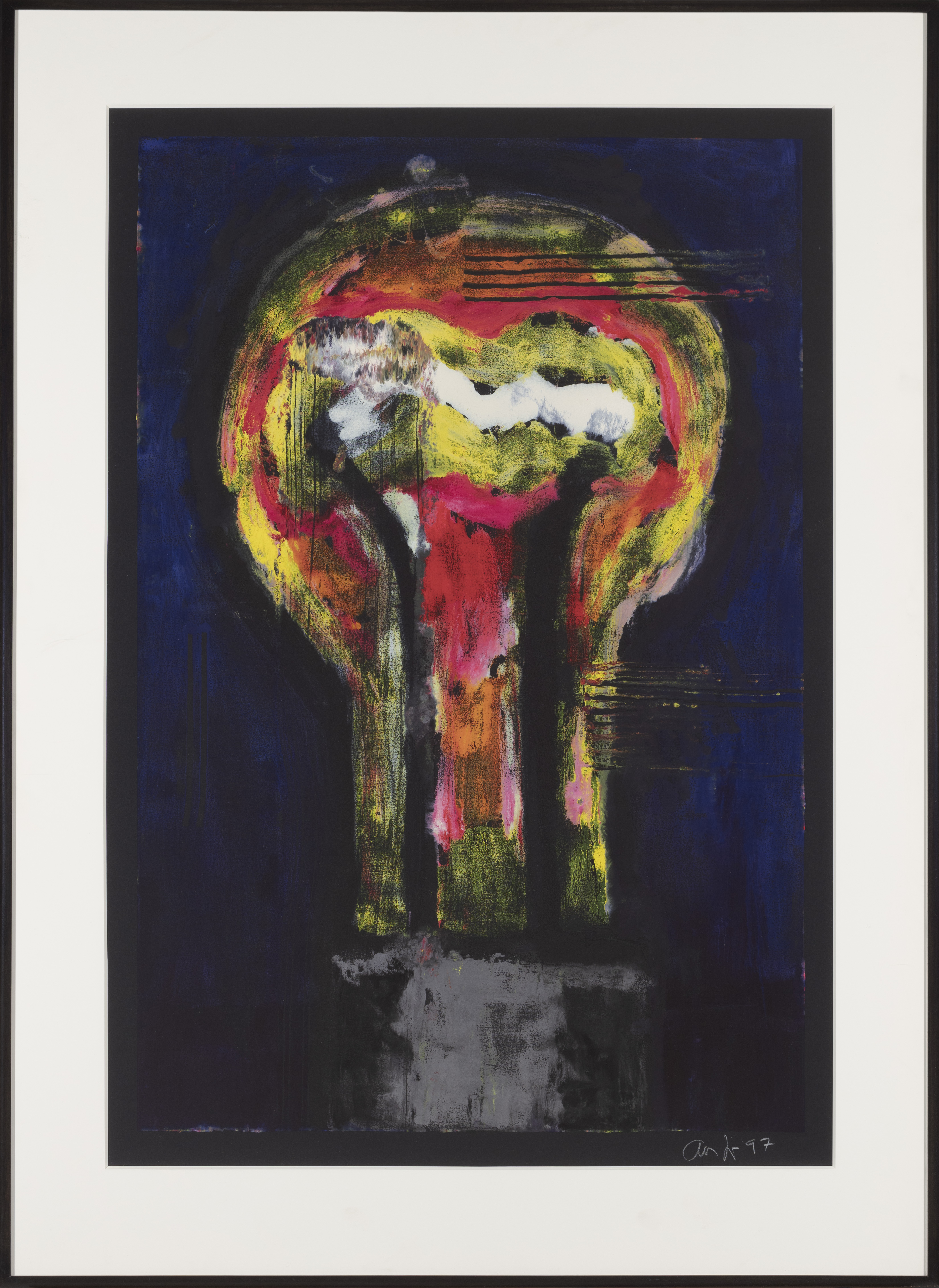 Courtesy of Heidi and Scott Schuster

The subjects of Aaron Fink’s paintings are unremarkable; recurring motifs include melting scoops of ice cream, ceramic mugs, kernels of popcorn, slices of apple pie, fedoras, and sandwiches. In fact, Fink’s simple subjects belie his complex painting process: each work is comprised of multiple layers of paint, which Fink manipulates by squeegeeing, raking, or rinsing the surface until they begin to meld. When he chooses an image to paint, he creates multiple versions of it, with variations in size and color palette: “After I’ve worked with an object for a while, it becomes more of a vehicle for exploring the painting medium itself."

Fink’s work is represented in the collections of the Art Institute of Chicago, the Hara Museum, Tokyo, the Metropolitan Museum of Art, New York, the Museum of Modern Art, New York and the National Gallery of Art, Washington, DC, among many others.