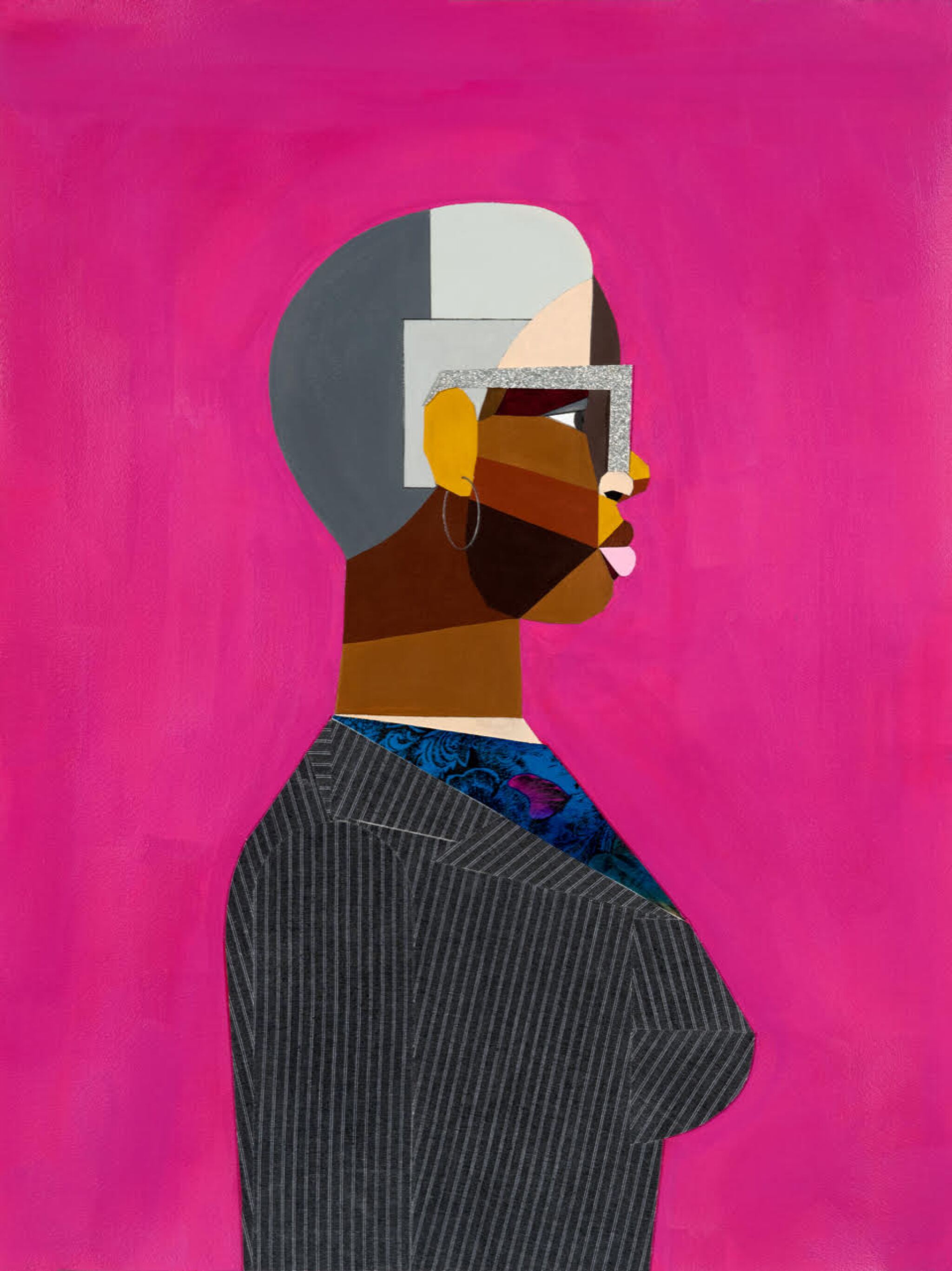 Courtesy of the artist and Eminence Editions

Derrick Adams' critically admired work spans painting, collage, sculpture, performance, video, and sound installations. His multidisciplinary practice engages the ways in which individuals’ ideals, aspirations, and personae become attached to specific objects, colors, textures, symbols, and ideologies. Adams is also deeply immersed in questions of how African American experiences intersect with art history, American iconography, and consumerism. Most notably in his Floater series, he portrays Black Americans at leisure, positing that respite itself is a political act when embraced by black communities.

Adams is a recipient of a Robert Rauschenberg Foundation Residency (2019), a Gordon Parks Foundation Fellowship (2018), a Studio Museum Joyce Alexander Wein Artist Prize (2016), and a Louis Comfort Tiffany Award (2009). He has been the subject of numerous solo exhibitions, including at The Gallery in Baltimore City Hall; the Museum of Arts and Design, New York; and at the Museum of Contemporary Art, Denver. Adams’ work has been presented in numerous public exhibitions, including at the National Underground Railroad Freedom Center, Cincinnati; PERFORMA (2015, 2013, and 2005); The Studio Museum in Harlem; the Brooklyn Academy of Music; MoMA PS1; and the Brooklyn Museum. His work iis in the permanent collections of The Metropolitan Museum of Art, The Studio Museum in Harlem, the Whitney Museum of American Art, the Virginia Museum of Fine Arts, and the Birmingham Museum of Art.