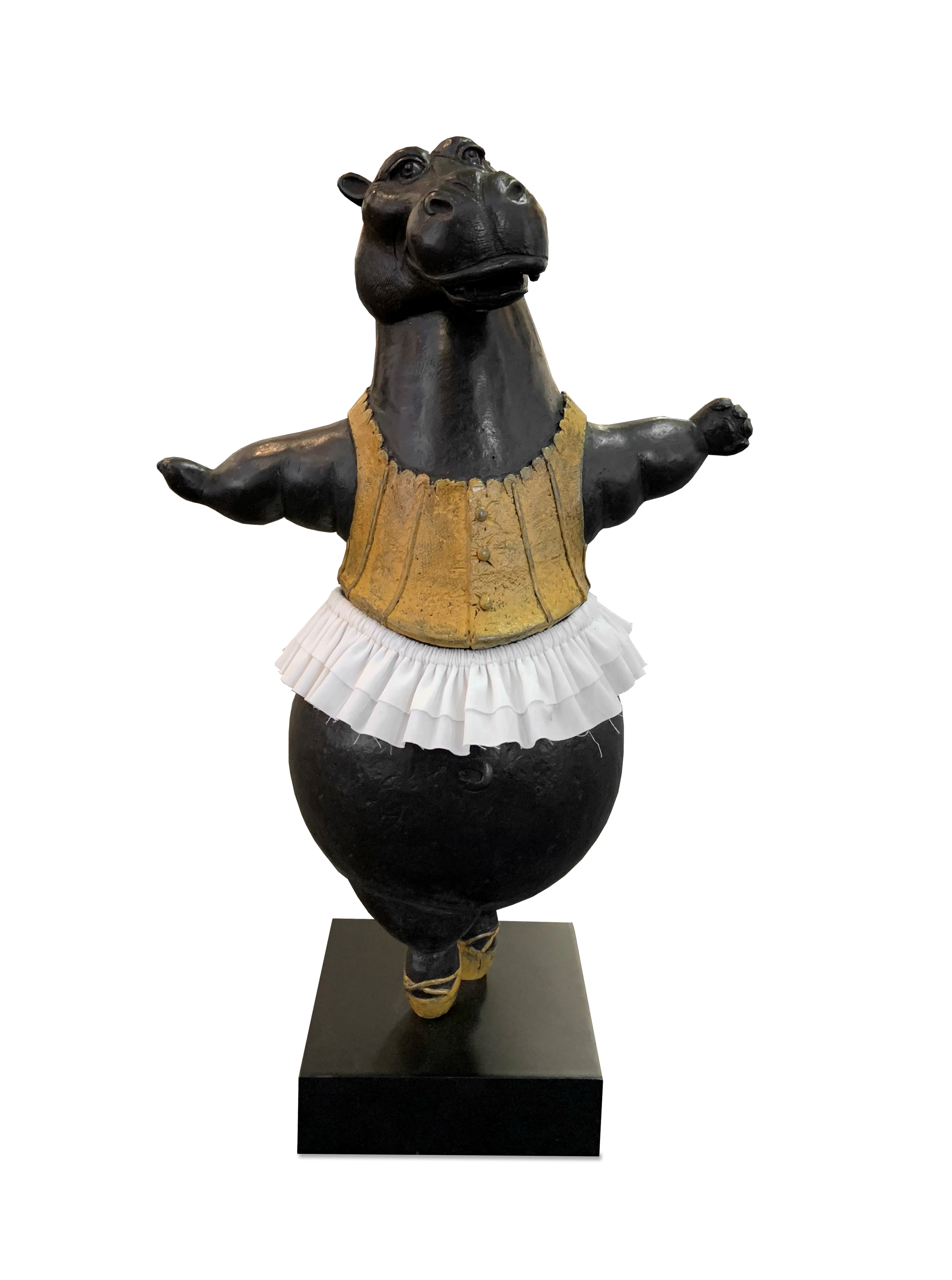 This piece is in excellent condition. Edges of fabric has a few loose threads.

Courtesy of the artist and Cavalier Galleries

Bjorn Skaarup is a self-taught schulptor whose unique works draw inspiration from classical mythology, late Renaissance, and 20th century American pop culture. "My animal sculptures represent a number of characters that have been given man-made and cultural tools and attributes that underline their particular traits – the dignity and supremacy of the majestic lion, the chivalrous nature of the ermine, the speed of the cheetah, the height of the giraffe, and the heavenly aspirations of the ostrich... The sculptures are a celebration of life and nature and its many intriguing shapes and creatures, all placed in peculiar and surreal encounters between nature and culture. The result is a group of bronze sculptures that combines the gracious and exclusive with the communicative, distorted and humorous."

His debut series of animal quaracters, “Carnival of the Animals” is the celebration of life, where under skirts and ruffs, beyond the colors of cast bronze, vibrates the passionate tribute to the great Degas and his bronze ballerina with tulle tutu, and Picasso’s painting of the bashful and dreamy Harlequin. The Hippo Ballerina is Bjorn's most iconic sculpture, of which in 2017, a gigantic version of over 15 feet height, stood long in front of the Metropolitan Opera House and then moved to the Flat Iron in New York City.

Skaarup’s indoor and outdoor sculptures have been the subject of museum exhibitions around the world, including the Koldinghus Museum, Kolding, Denmark; the Museo Cenacolo di Ognissanti, the Four Seasons Hotel in Florence, Hotel Cipriani, Venice, the Collectivité of St. Barth, The Bruce Museum, and the Ann Norton Sculpture Gardens.