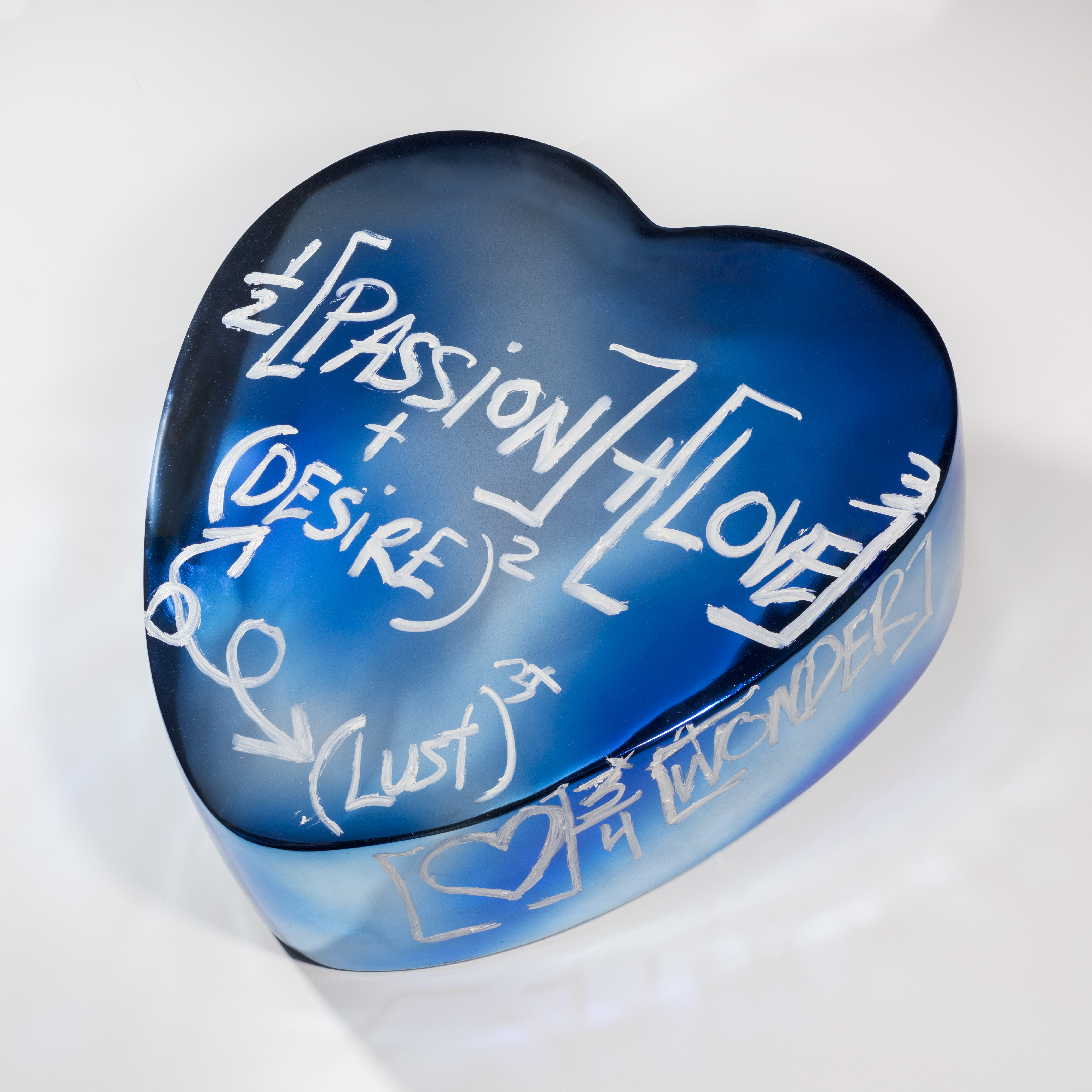 This piece is in good condition - some smudges/handling marks on surface.

Brendan Murphy is a widely known contemporary artist whose works are found in prominent private collections around the world. The universal appeal of his works transcend borders and language. Brendan’s artistic career began in New York City where he mentored with iconic painters - Eric Fischl, David Salle, and Ross Bleckner. Their influence is evident in Brendan's command of color and experimentation with form. He pushes the walls of creativity beyond the confines of the canvas exploring sculptural works, conceptual pieces, employing a wide range of rare materials and producing his art with non-traditional methods. His commitment to process and true craftsmanship is the unifying thread throughout his body of work. Brendan defines his approach by a definitively dynamic mix of the abstract and figurative form to reveal a depth of work that reveals meaning with deeper contemplations. Brendan currently works from his home-based studios in Malibu, CA and Miami, FL. Brendan's work is represented in over 600 private collections and his new works are commonly featured at Art Fairs around the world, through his gallery representation in the USA, Canada, Germany, Colombia, England and Monaco.