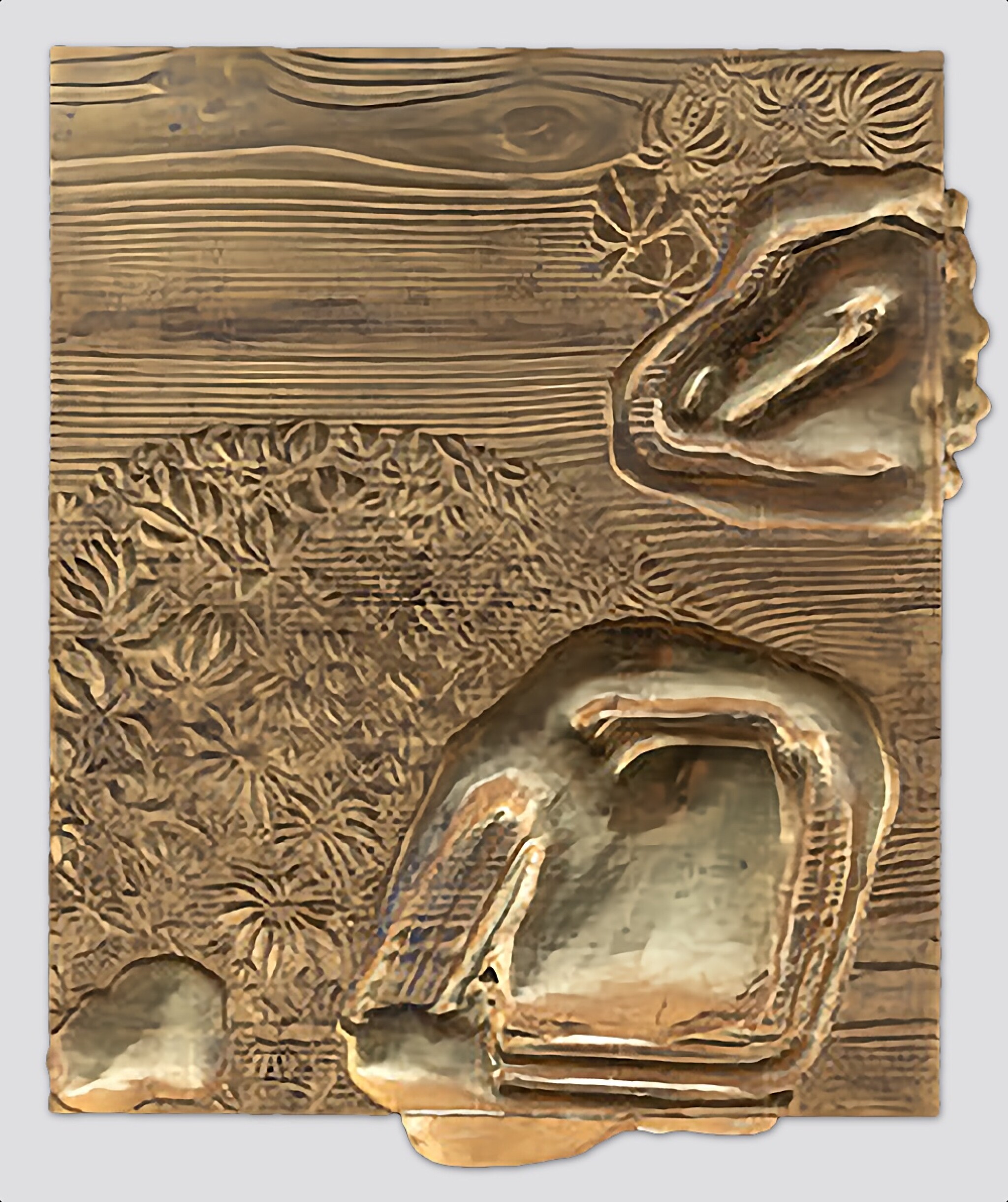 Courtesy of the artist and Gavlak Palm Beach / Los Angeles

Nancy Lorenz creates highly finished, abstract work out of luxury materials; her work is sensual, exploratory, tactile, and playful. She attended secondary school in Japan, where she became fascinated by various forms of Japanese visual and decorative arts. While Lorenz credits this time in Tokyo with her decision to become an artist, other sources would prove equally influential. A year spent studying in Italy awakened an appreciation of late medieval and Renaissance gold ground painting, together with the Italian variant of Minimalism and Conceptualism that the critic Germano Celant termed Arte Povera. Her style is characterized by a use of traditional, precious materials including mother-of-pearl, platinum, silver, and various forms of gold, references to expressionistic abstraction, use of decorative pattern, and landscape elements.

Lorenz' work is featured in numerous public and private collections, and has been exhibited at numerous international art fairs. She also has exhibited at galleries around the world, including Morgan Lehman Gallery in New York City, PDX Contemporary Art in Portland, Oregon, and Pierre Marie Giraud in Brussels. She has executed public commissions at Chanel and Tiffany & Co. stores worldwide, the Gucci Towers in Tokyo and Hong Kong, the Beverly Hilton in Los Angeles, the Mandarin Oriental in the Time/Warner center in New York, the Muscat Hilton in Oman, Oregon University Hospital in Portland, the Senayan Hotel in Jakarta, the US Consulate in Istanbul, and in the form of special projects for Bottega Veneta. She is in the private collections of Paul Allen, Yves Carcelle, Cindy Crawford, Tom Ford, Mariska Hargitay, Elton John, Rachel Kohler, Nathan Lane, Tomas Maier, Joel Silver, Joe Roth, William Sofield, Beth Rudin deWoody, the Ambani residence in Mumbai, and the Obama White House.