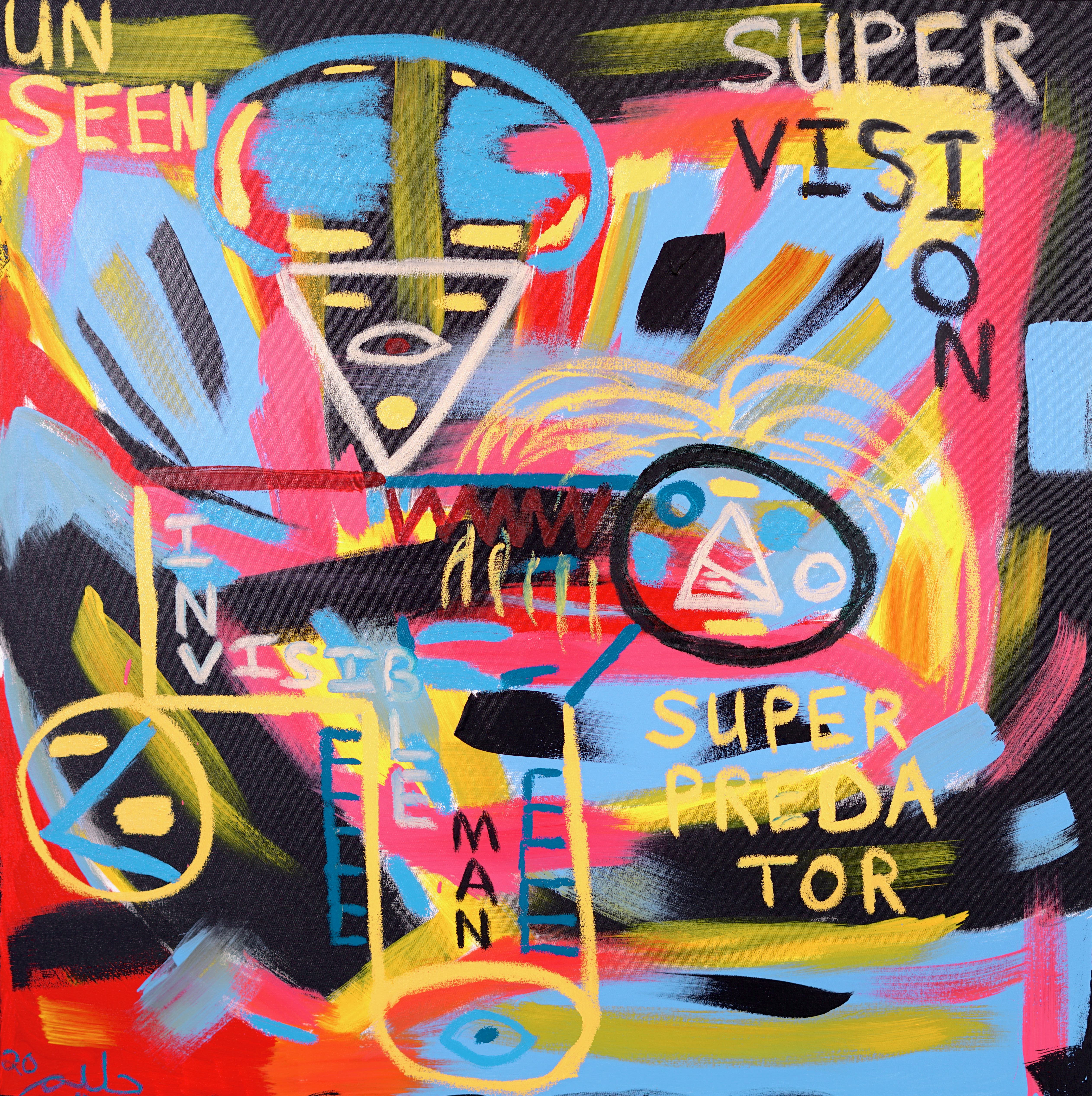 Acrylic and oil stick on canvas

Halim A. Flowers, is a visual artist, spoken word performer, businessman, and author of eleven published non-fiction works. A Member of the Board of Directors of The Frederick Douglass Project for Justice and Cultural DC, he is an ardent advocate for human rights. In the short time since the Incarceration Reduction Amendment Act of 2016 effectuated his 2019 release from prison, he has created a stunning spectrum of paintings and spoken word comprised of a benevolent mission forged and galvanized over decades in a pressure cooker.

In 1997, as a minor, Halim A. Flowers was arrested and wrongfully sentenced to two life sentences in Washington, DC. His experiences aired on HBO in the Emmy award-winning documentary “Thug Life in DC”. Released under a new juvenile lifer resentencing law, Flowers’ 2019 freedom was documented by Kim Kardashian-West’s “The Justice Project” film. In 2020, Flowers’ TEDx Talk, “Criminal Justice Reform”, and his prolific production and exhibition of his visual art, e.g., The Museum of Modern Art’s “Marking Time: Art in the Age of Mass Incarceration” exhibit, continue to advance his mission to promote love among all humans. A beneficiary of Georgetown University’s Prison and Justice Initiative, Flowers studied Government, Philosophy, Reparations: African-American Literature, and English 101 in a mentorship with academic advisor, Professor Marc Morjé Howard (2018-2019). More recently, as a grant recipient from the Art for Justice Fund, Flowers was featured as a “Justice Ambassador” in the film “Halim’s Hope” (2020).