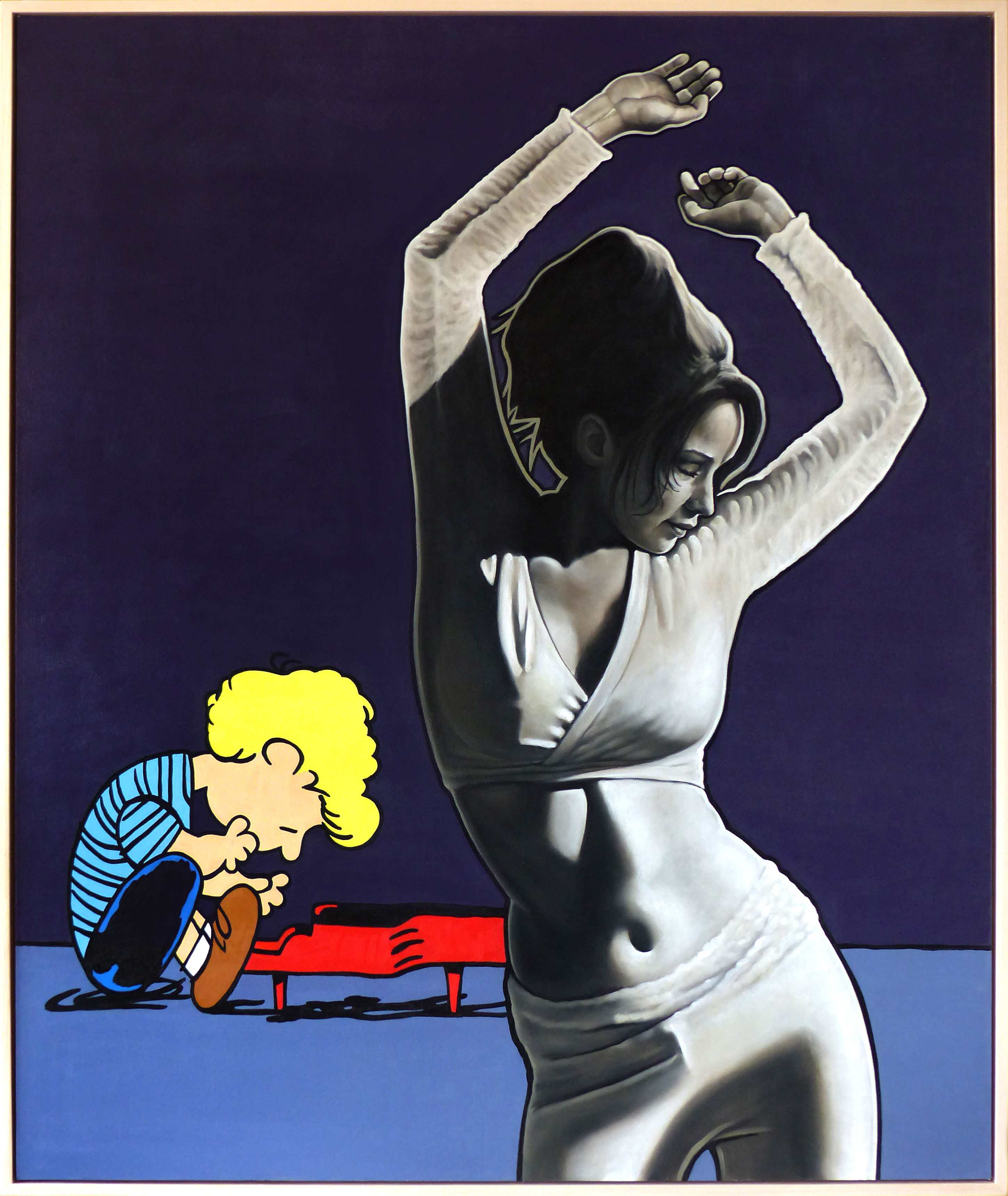 This piece is in excellent condition. Black smudge on bottom left corner of frame.

Courtesy of the artist and Cavalier Galleries

The intention of William Nelson's work is to generate conversations about values and identity by assembling unlikely pairs, Hollywood film icons and nostalgic comic book environments. Each entity reveals a partial narrative. The nature of a comic and the personas of the movie stars, presented in the ethos of the Hollywood studio system, act as blank canvases for us to project our personal experience, principles and standards of behavior. In this work, two figures are depicted in contrasting styles. The compositions are pairings of Pop Culture icons that would not normally be considered in the same picture plane.

Nelson writes, "Often the paintings are funny but I am not making fun of anything. These are my favorite images, many dating back to my formative, art-starved years in central Florida. They are images from the Sunday Funnies in the Orlando Sentinel, where the words got in my way as an inordinately visual boy, and Saturday matinees at the Colony Theater, where nothing got in the way of the big screen. Many of these images are from a place where I began to gather my internal visual database, the sweaty south, two generations ago, where the closest thing to a museum was Disney World, who assumed the mantle of local cultural epicenter from Gatorland, who ran help wanted ads in the Orlando Sentinel for Alligator Wrestler, No Experience Necessary. I still love Gatorland."