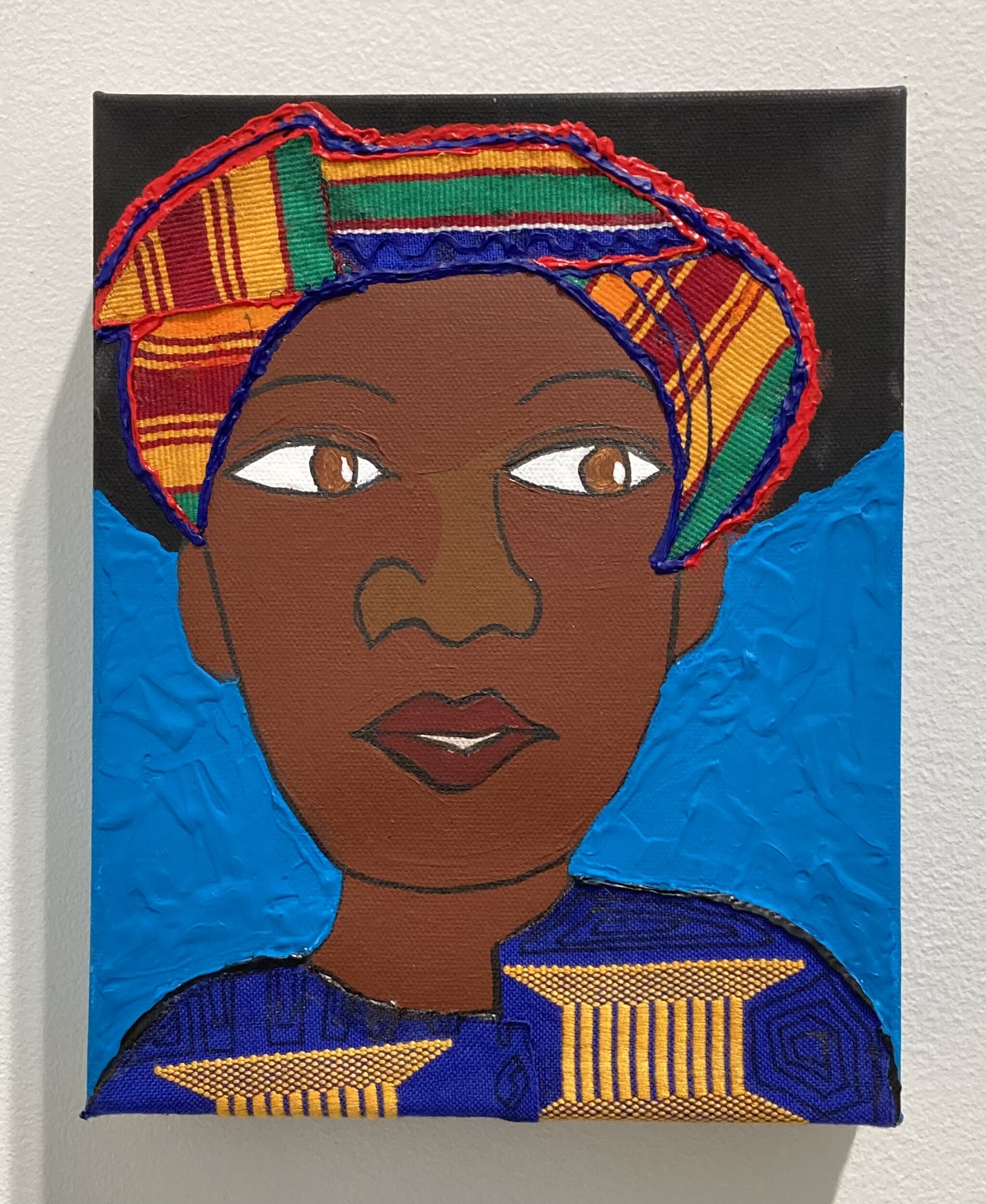 Signed and dated 2020 on outside bottom right corner. Title, date and signature on verso

Acrylic and kente cloth on canvas

Dindga McCannon has spent the past several decades poetically unifying different media and stories. Fusing fine art with traditional women's needlework--which was taught to her by her mother and grandmother --McCannon sews, beads, embroiders and quilts work into what are now known as ArtQuilts. In addition to her work as a quilter, McCannon is an author, illustrator, costume designer, muralist, and a print maker. By combining traditional quilting techniques with the fine arts, she has bridged histories, shining light on those lost to the past. Her work honors the women who she says opened the door for her; it also pushes that door open still further for others.

In response to sexism and racism in the art world, artists in the 1960s and 1970s created collectives as a way fight oppression. In the 1960s McCannon was a founding member of Weusi Artist Collective and became interested in the Black Arts movement. The Weusi Collective was interested in creating art that evoked African themes and symbols, as well as highlighting contemporary Black pride. In 1971, she hosted the first meeting of the Where We At group of black women artists in her apartment, which grew into one of the first group shows for professional Black women artists in New York City.