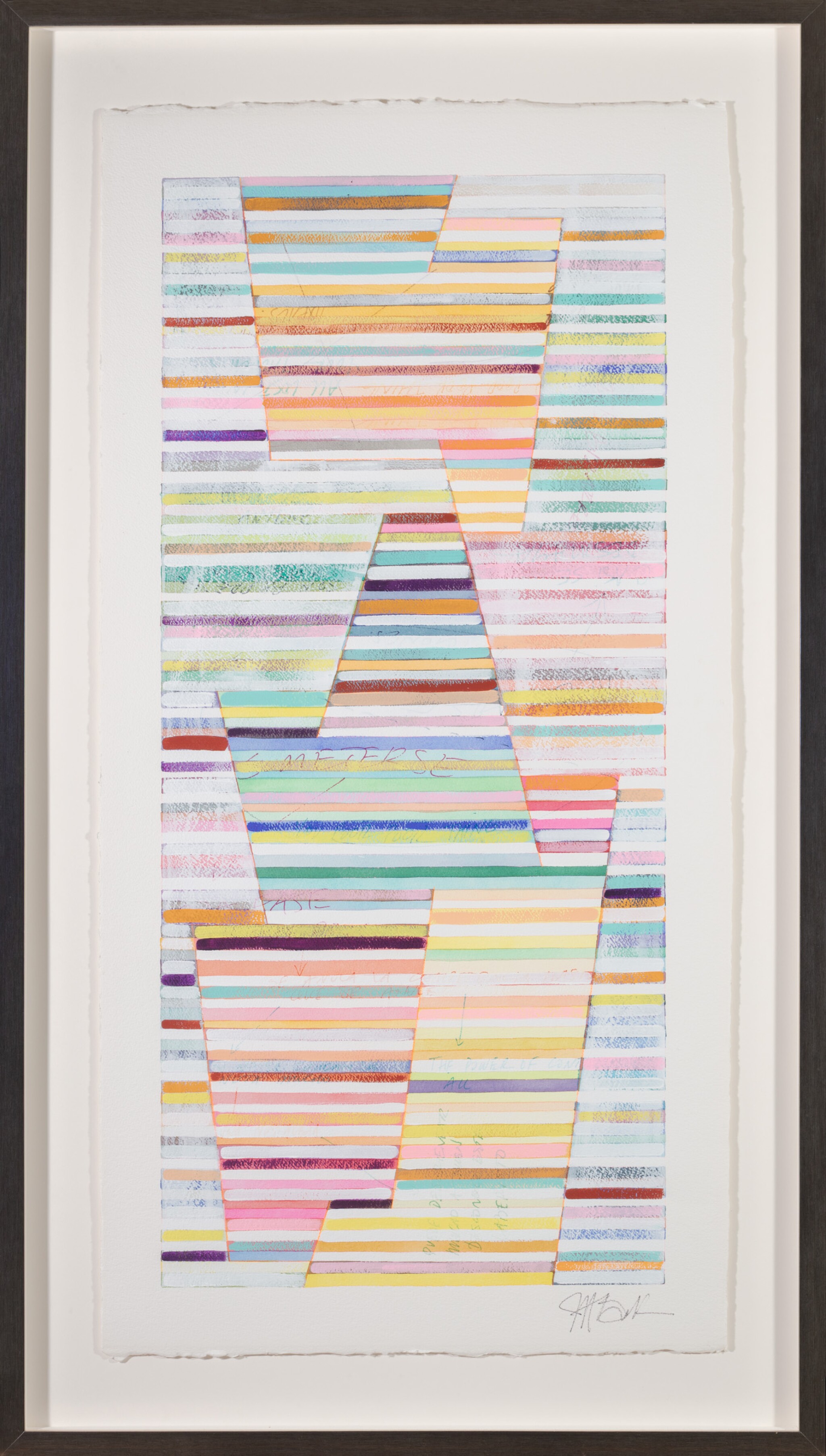 Johanna Boccardo is a Miami-based Venezuelan artist whose artistic corps includes editorial illustration, product design, fine arts as well as urban street art. A graduate of the Ringling School of Art and Design, she has lived and worked in Barcelona, Miami, and Venezuela.

Through the use of different media, Boccardo explores the application and interaction of color sequences to develop abstract concepts at various levels of non-literal meaning. In her work on paper, she uses advanced color theory to deepen the effects of emotionally charged chromatic results, often by using complex layers of geometry, color and texture.

As part of Boccardo’s exploration using color media, she developed a new form of street-art called Tapebombing which consists of applying colored tapes to mundane objects that may otherwise go unnoticed on everyday life. The fundamental nature of this work is that it is ephemeral: the tape may temporarily enhance the object, but once removed, the absence lingers. It is that fabricated void that particularly interests Boccardo. Tapebombing debuted in the Miami Design District and Wynwood Arts District and has made her a regional cultural reference, especially through Miami’s international image abroad.

Boccardo’s work has exhibited at FIA (Feria Iberoamericana de Arte) alongside masters Cruz-Diez and Jesus Soto. It was featured at Zona Maco 2014 in Mexico City, was a finalist at the Wolfsonian Museum’s The Art of Ilumination exhibit in 2012, and was part of the final selection of the WADA (Wynwood Arts Association) during Art Basel 2013. Boccardo’s urban art has also exhibited at 798’s Art Zone in Beijing, in several prominent urban locations around Central, during Art Basel Hong Kong 2014 as well as during New York Design Week 2014.