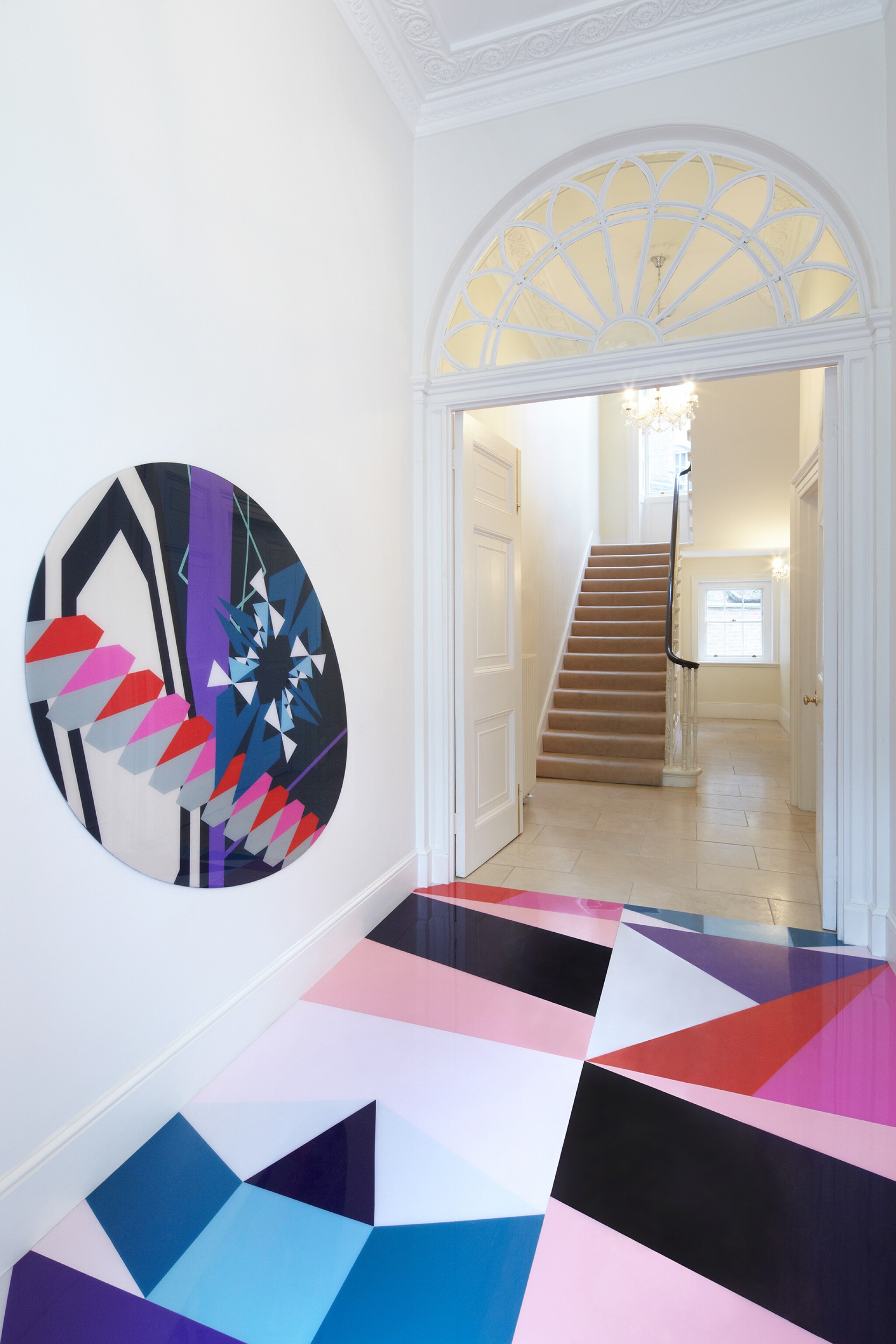 Medium to be determined

Site specific installation to be created

Courtesy of the artist and Kristin Hjellegjerde

Sinta Tantra is known for her colourful large scale public artworks and geometric paintings. Living and working in between her two studios in London and Bali, Tantra’s artwork occupies multiple dimensions and scales. Within her work, motifs derive from Western movements such as Bauhaus, Art Deco, modernism and abstraction. Her Balinese identity within the post-colonial context is central to her work. The drawings of 20th century Balinese artist, architect and stone carver Gusti Nyoman Lempad have informed explorations into two-dimensional lines and three-dimensional space. Her pop-tropical colour palette draws from the culture and environment of Bali.

Tantra’s site-specific public art murals are “asymmetric-anti-patterns” that respond closely to their surroundings. She describes them as “living paintings that not only exist on a human scale – where the body can become immersed in colour – but also on a city scale, where colour breaks up the grey architectural blocks of the city.” Examples of this can be seen at the Al Majaz Waterfront in Sharjah (2019), Lee Tung Avenue in Hong Kong (2018), and across a 300-metre bridge in Canary Wharf in London (2012).

Solo shows such as Modern Times at Kristin Hjellegjerde Gallery in London (2020) have seen Tantra move beyond the walls and into the architectural space, while others explore dimensionality within the canvas as seen at A House in Bali at the ISA Art Advisory in Jakarta (2017), and Flatland: A Romance of Many Dimensions at Pearl Lam Gallery in Hong Kong (2016). Her work has been included in biennials and group exhibitions exploring identity, post-colonialism and the environment such as Framer Framed (2020) in Amsterdam, Karachi Biennale (2019), Folkestone Triennial UK (2017), and Liverpool Biennial UK (2012). Tantra’s work is part of the Government Art Collection, the Benetton Foundation collection and other private international collections.