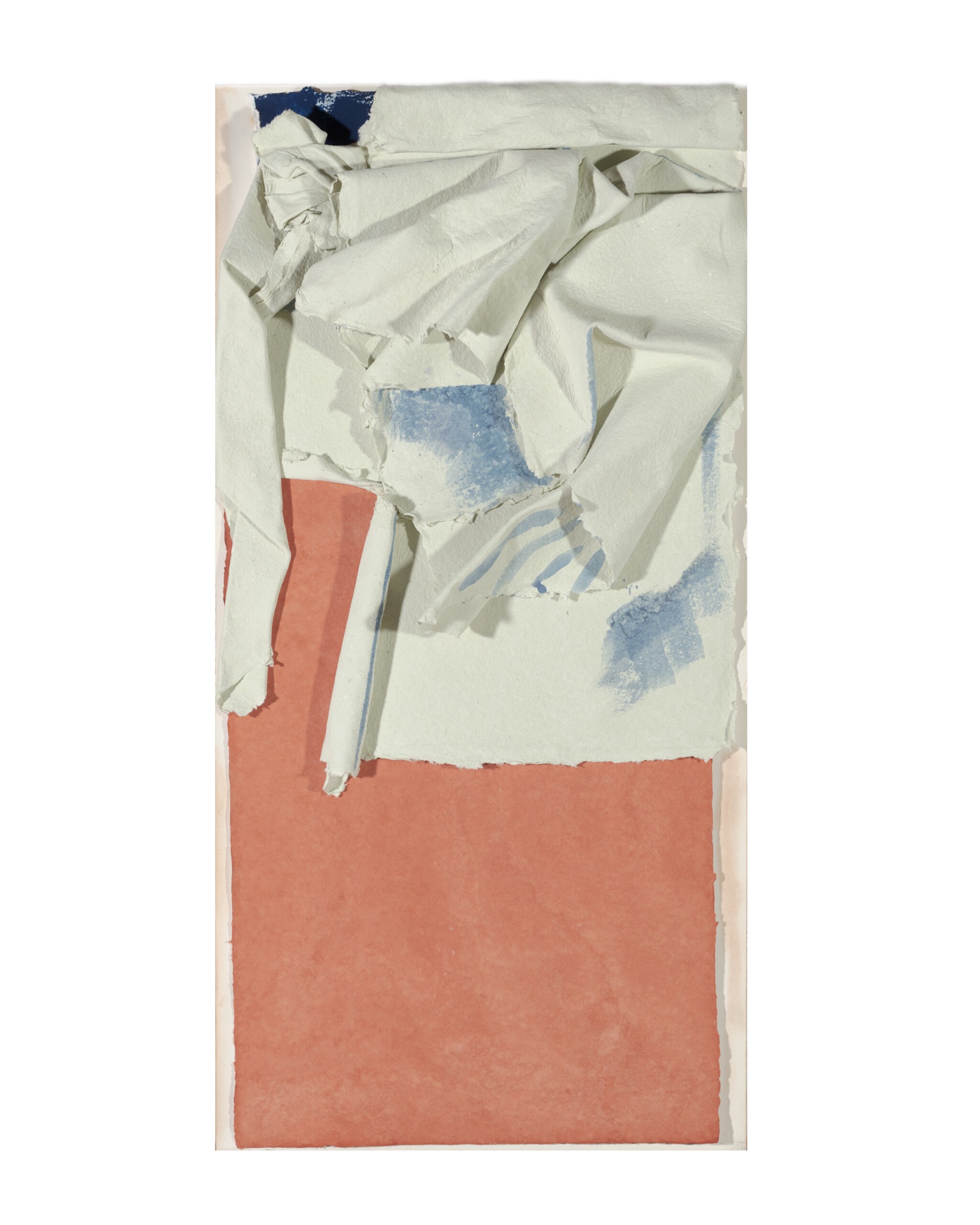 This piece is in good condition. Cut in board top left corner. Plexi box has surface scratched and mars left center and top left. Possible adhesive top right of box.

Courtesy of Joan and David Genser

The knighted English sculptor Sir Anthony Caro played a pivotal role in the development of 20th century sculpture. After completing his studies at the Royal Academy Schools in London, he became an assistant to Henry Moore, one of the most significant British artists of the 20th century. Moore’s influence saw Caro begin to work abstraction and modernism into his style. Caro came to public attention with a show at the Whitechapel Gallery in 1963, where he exhibited large abstract sculptures brightly painted and standing directly on the ground so that they engage the spectator on a one-to-one basis. This was a radical departure from the way sculpture had hitherto been seen and paved the way for future developments in three-dimensional art.

Caro often worked in steel and executed a number of his sculptures on a large scale; however, his oeuvres includes a variety of smaller works done in a diverse range of other materials, including bronze, silver, lead, stoneware, wood and paper. In 1982 Caro created a series of 124 paper relief sculptures at Tyler Graphics, New York , and he returned in 1993 to complete a further series of 35 paper sculptures. In collaboration with Kenneth Tyler and other workshop staff, Caro created these sculptures from paper pulp, plaster, and other materials. The resulting works are delicate explorations of the sculptural qualities of Tyler’s unique handmade papers. They provide a stark contrast to Caro’s usual work in industrial materials and highlight Caro's multifarious mastery of his craft.