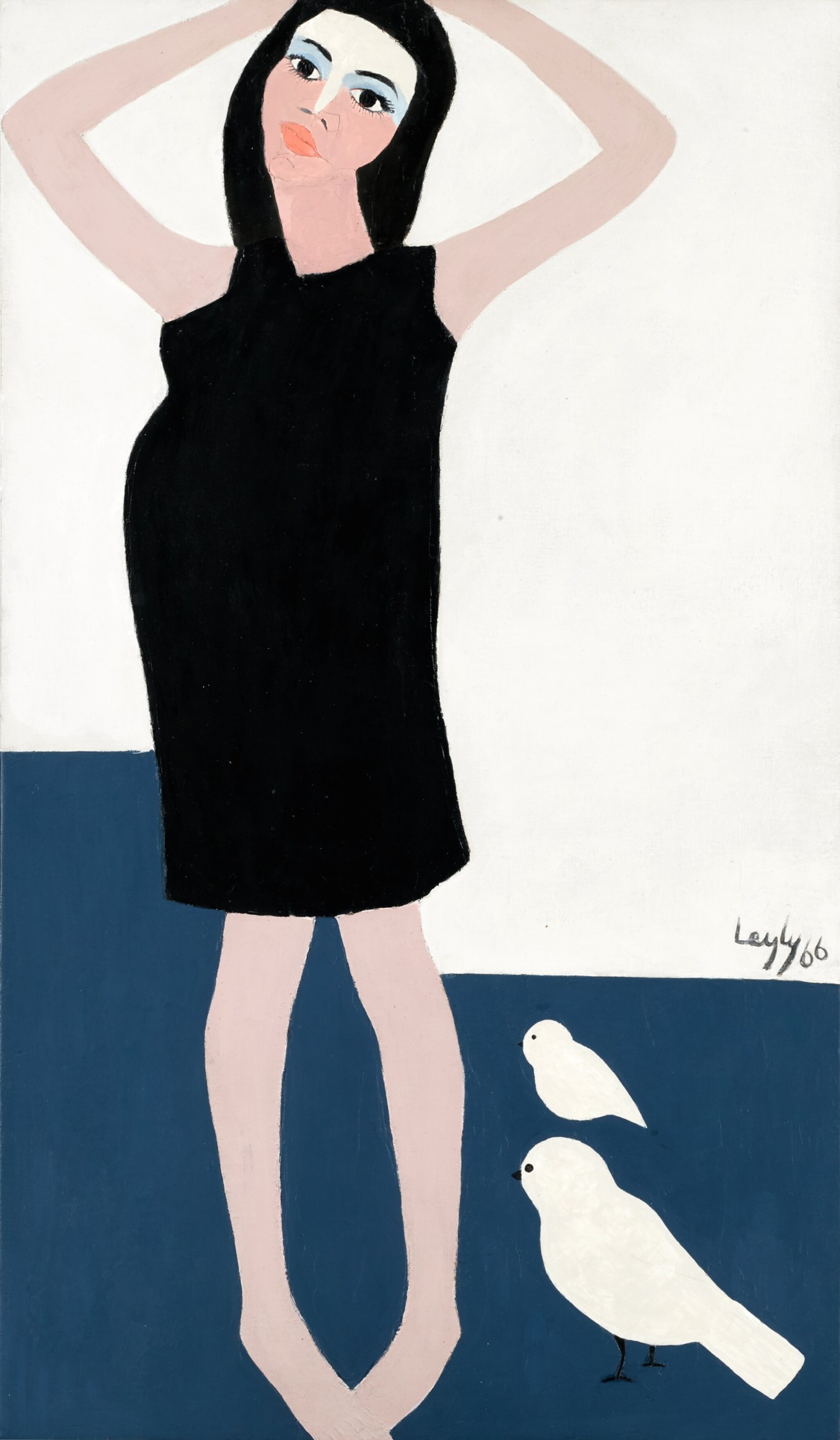 This work is in good condition. There is craquleure to the upper part of the body visible only upon close inspection, in line with the age of the painting. There is minute speckling of white pinpoint size paint on the black dress, inherent to the artist's hand. Some minor circular surface imperfection to the mid body, all of which are inherent. There are no signs of restoration under UV light.

Please note the colours in the online catalogue illustration may vary depending on screen setting.

Private Collection, Tehran
Acquired directly from the above in 2011

Leyly Matine-Daftary studied at the Slade Academy of Art in London from 1954 to 1959 focusing on figuration but always looking toward abstraction - figuration was a means to this end. Notably, during her time at Slade, Lucien Freud was one of her instructors. Leyly Matine-Daftary went on to become a significant figure in the artistic community and can now be considered as one of the most sought-after female artists from Iran.

Sotheby’s are proud to present this rare portrait from 1966; a stunning example of the style that characterised Matin-Daftary’s earlier portraiture work in the sixties - thick impastos, defined brushstrokes and blocks of colour. Her focus on abstraction, freshness of colour and a simplification of form set her apart from the traditionalist and classic approach to art in Iran, propelled by Kamal Al-Molk. Understood within this context, this work is bold and subtly empowering. Many of her portrait subjects carry with them an object either in hand or alongside them - a flower or instrument for example. Here we see two white birds that beautifully rebalance the portrait and the asymmetrical alternating white and dark blue blocks of colour that make up the background. It is Matine-Daftary’s ability to marry and balance both form and colour in her canvases that make her paintings so striking and exceptional.

There is clarity and intentional simplicity in her work. While her paintings may seem naive in style, they belie a sophisticated understanding of formal structures, evidenced by her masterful manipulation of pictorial space into flat areas.

Although the granddaughter of prime minister Mohammed Mosaddegh, Leyly Matine Daftary’s work, perhaps surprisingly, has no connection to political rhetoric. Rather, her portraits and still-lifes embody an absolute commitment to purifying form and colour, complicating and abstracting space. With her avant-garde work, she succeeded in creating a unique framework of visual imagery which continues to be timeless in its appeal.

Matine Daftary’s work can be found in many private and public collections including Tehran Museum of Contemporary Art and Centre Pompidou in Paris.