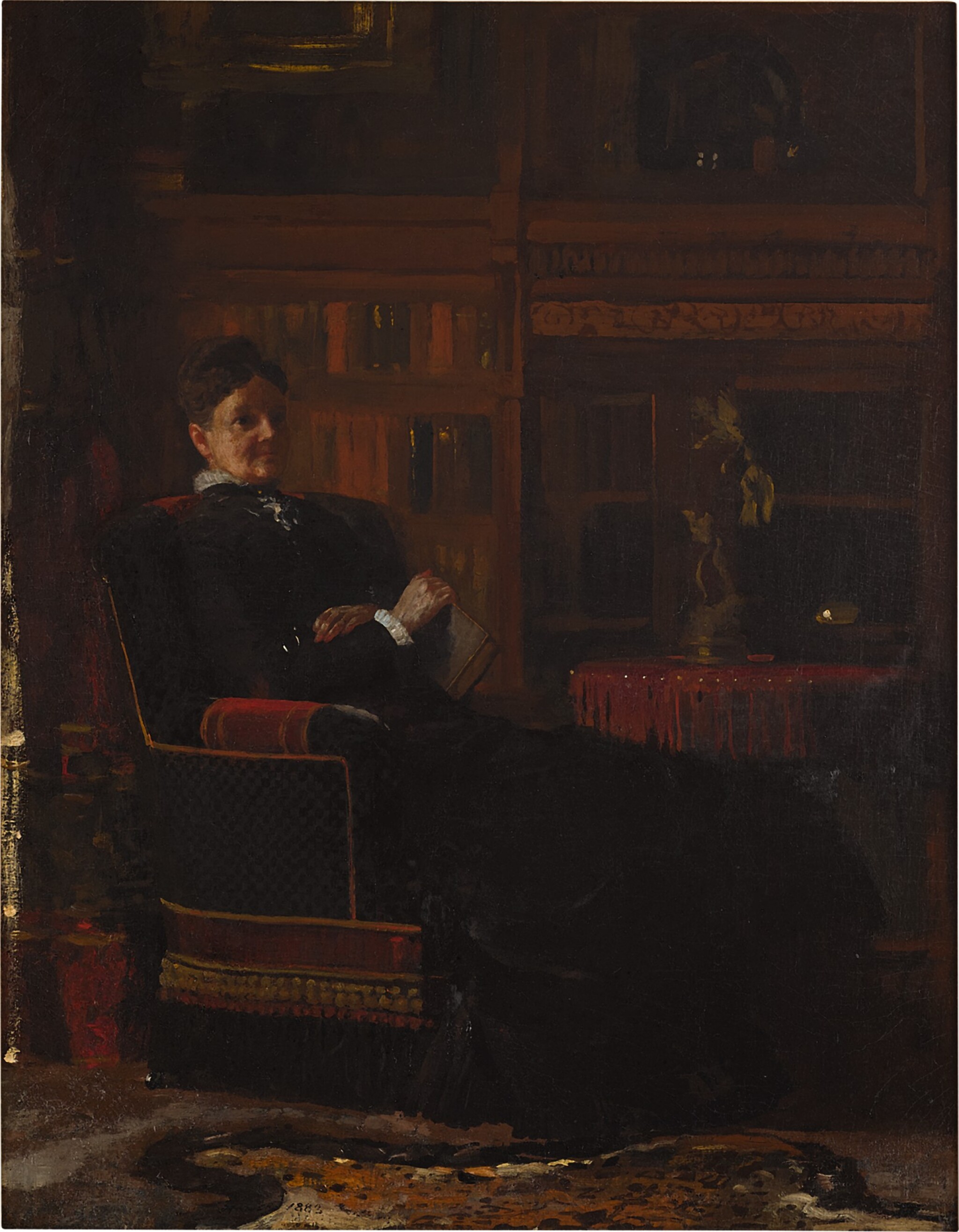 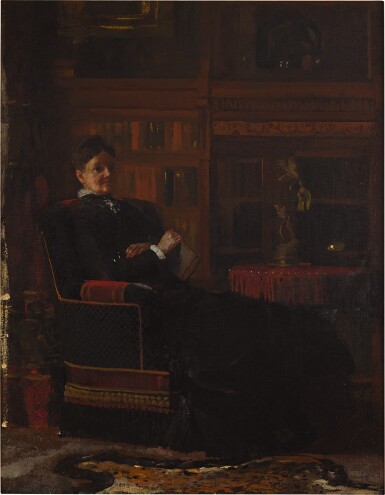 The work is lined and tacked over what appear to be period stretchers. There are frame abrasions along the extreme outer edges of the canvas and there is fine surface cracking throughout the composition. Under UV: there appear to be scattered small spots and some fine lines of inpaint, likely corresponding to surface cracking, in the figure's chair in the lower left quadrant. There appear to be additional small spots of inpaint in a horizontal section at center right.

Please note this lot has been withdrawn.
The artist
Mr. and Mrs. Lawson Valentine, New York, 1883 (commission from the above)
Mrs. Lawson Valentine (Ms. Lucy Houghton Valentine), 1891 (the sitter, by descent)
Marguerite Houghton Foster (Mrs. Albert T. Foster), Providence, Rhode Island, and Miami, Florida, by 1911 (her niece, by descent)
Mr. and Mrs. Robert S. Kistler, Miami, Florida, circa 1965 (by descent)
Richard Namon, Coral Gables, Florida, 1983 (acquired from the above)
Private collection, circa 2000
Acquired by the present owner circa 2013

According to Abigail Gerdts, "Lucy Houghton Valentine (1823-1911) married Lawson Valentine (1828-1891) in 1851 . . . Lawson Valentine is well known as one of Homer's first and most staunch patrons, as was his brother, Henry. . . Lucy Valentine may have been at least her husband's full partner in appreciating Homer's work. It should be noted that she was credited as the owner-lender of a Homer Sketch (now The Flock of Sheep, Houghton Farm, 3:No. 728) to the American Water Color Society annual exhibition of 1879. In the spring of 1892, within a year following her husband's death she lent nine of their Homers to the New York Athletic Club's annual loan exhibition, and remained throughout her lifetime, a generous lender of the many Homers she inherited" (Record of Works by Winslow Homer: 1883 Through 1889, vol. IV.2, New York, 2012, p. 230). In a letter to previous owner, Richard Namon, Lloyd Goodrich continued on this subject, "At Lawson's country estate in Mountainville, New York, near Cornwall, named Houghton Farm, Winslow Homer spent the summer of 1878, painting many watercolors." (letter dated May 23, 1984).

Two letters of correspondence between Winslow Homer and the sitter Lucy Houghton Valentine, dated January 20th and 26th, 1883, refer to appointments for her sitting for the present work. This correspondence is now in the Colby College Museum of Art Library.