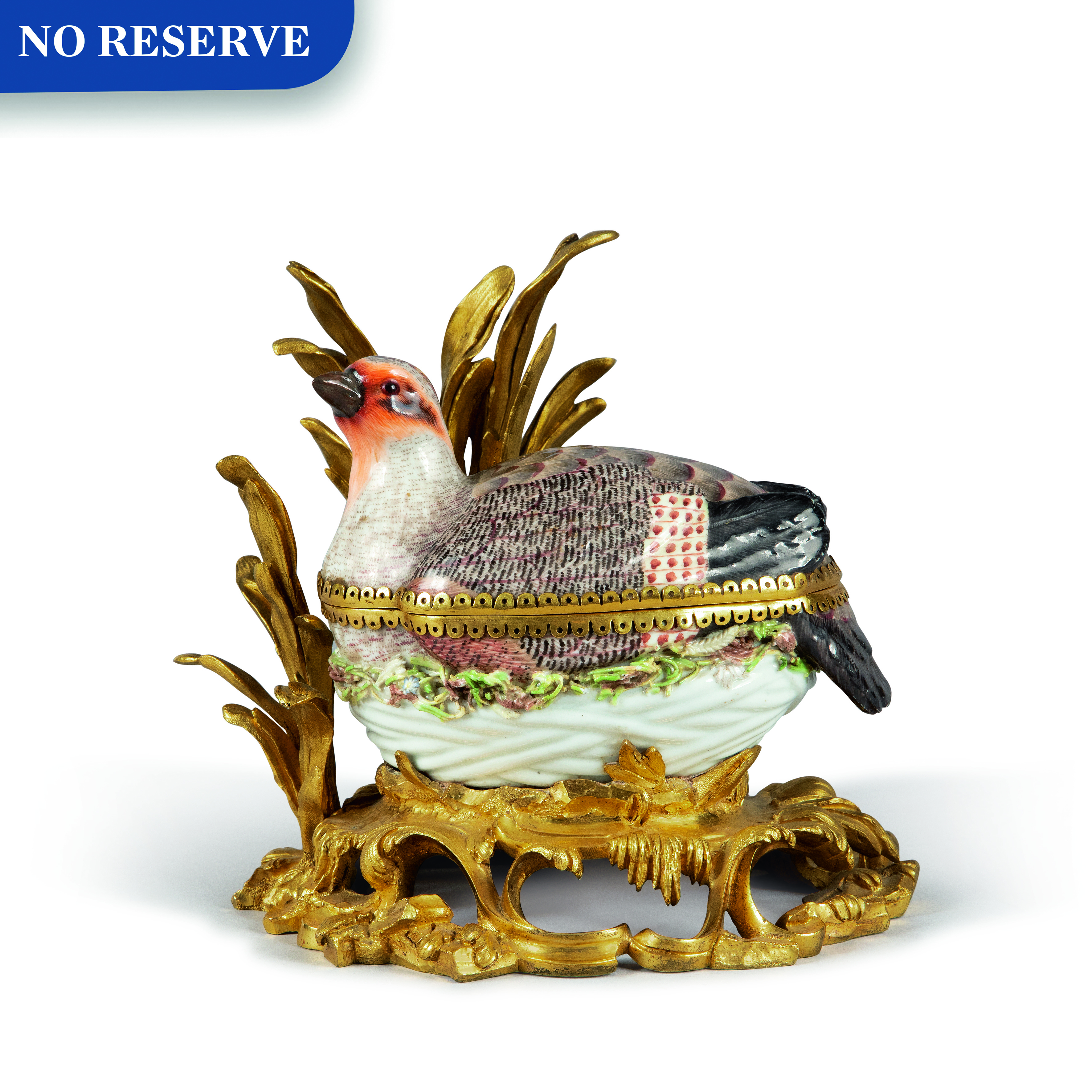 Meissen partridge boxes were available for English clientele in the 18th century, and the model was copied by the Derby porcelain factory in about 1760. A pair of Meissen examples still remain in the collection at Burghley House, Lincolnshire, England, and was recorded in the 1763 Inventory: “Lady Exeters dressing room……two partridges on their nests…Dresden china”. A Meissen partridge box with similar gilt-bronze mounts was sold at Sotheby's London, 28 June, 1973, lot 59. An unmounted box was in the Collection of Peggy and David Rockefeller, sold at Christie's New York, 9 May, 2018, lot 206.

Sotheby's Scientific Research department used noninvasive XRF for this lot to screen the green enamel for chromium, which was detected.