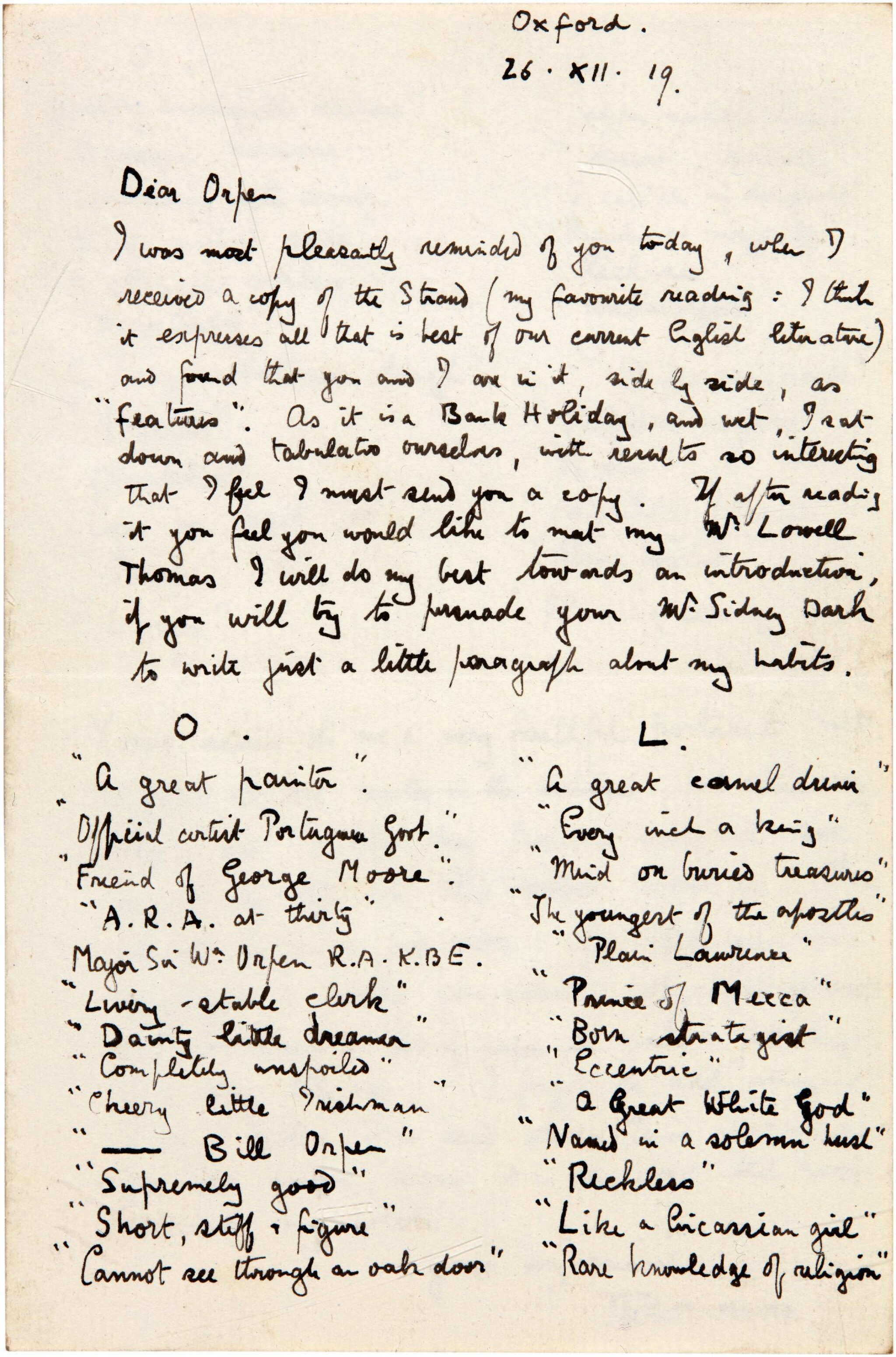 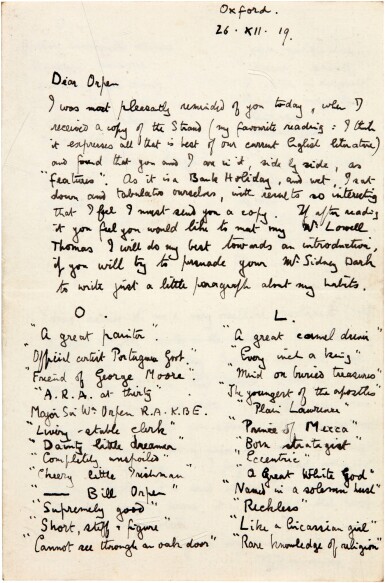 commenting wryly on an article about himself by Lowell Thomas, which he compares to a piece on Orpen in the same issue of Strand magazine, tabulating the terms used to describe both men, balancing "A great painter" against a "A great camel driver"; "Luxury-stable clerk" against "Prince of Mecca"; "Dainty little dreamer" against "Born strategist"; "Cheery little Irishman" against "A Great White God"; "yearning unsatisfiable sadness" against "upper middle class"; "Stimulating after dinner" against "A caliph in disguise", and others, concluding that "Yours seems to me a very faithful portrait" and hoping that "my friends will all see me to the life in this article about me", 2 pages, 8vo, Oxford, 26 December 1919

A REMARKABLE LETTER MOCKING HIS OWN LEGEND, capturing Lawrence's ambivalence to fame. Lawrence mocks the effusions of Thomas's article but also points out that "There are to be four or five more: for while you can copyright a picture you cannot copyright yourself, and it takes a lot of paper to make a full-length of a thing like me". This letter was written as Lawrence was first finding fame through Lowell Thomas, whose stage shows, lectures, and journalism, culminating in With Lawrence in Arabia (1924), did so much to establish the legend of "Lawrence of Arabia".

Lawrence and Orpen had met at the Paris Peace Conference; Orpen's portrait of Lawrence was described by Robert Graves as showing "a sort of street urchin furtiveness". At the time this letter was written, however, Lawrence had returned, bitterly disappointed, from Paris and was lodged at All Souls College working on Seven Pillars of Wisdom. This letter came just weeks after the infamous occasion when Lawrence had lost his manuscript when changing trains at Reading station, and he was in the midst of writing the second version of the book. THIS LETTER IS APPARENTLY UNPUBLISHED.

Traces of mounting on the final verso