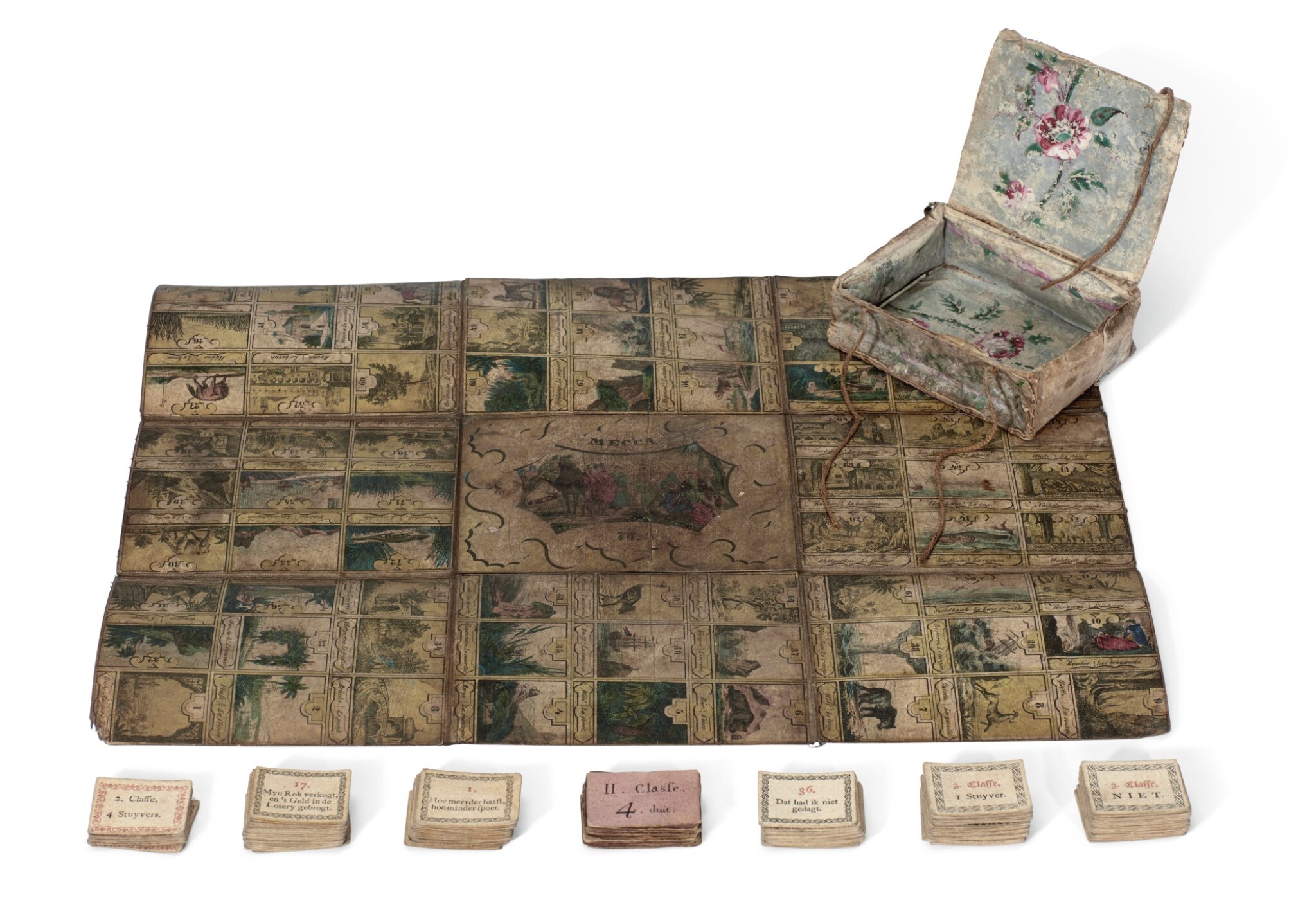 MECCA AND THE HAJJ

folding hand-coloured engraving (340 x 453mm.), dissected onto 9 sheets and backed on linen, comprising 73 numbered spaces 1-72 on 8 sheets with captions in German and French, central space 73 titled 'Mecca'; together with a quantity of Dutch printed paper gaming counters (from another game) in a paper-covered box, game somewhat stained, slight wear to surface and extremities

A RARE BOARD GAME OF A JOURNEY TO MECCA, of which we have been unable to trace another example. Two or more players move around the numbered spaces in a spiral from the outside to the central winning space by rolling dice. The aim is to reach Mecca before the other players, while avoiding obstacles and hazards such as wild animals, shipwrecks, pirates, prison or brigands, and advancing on other spaces. The board also includes features and places that a pilgrim might encounter such as a sea crossing, desert, camel, mosque, bazaar, and caravanserai; the route to Mecca also includes Egypt with an image of the pyramids.