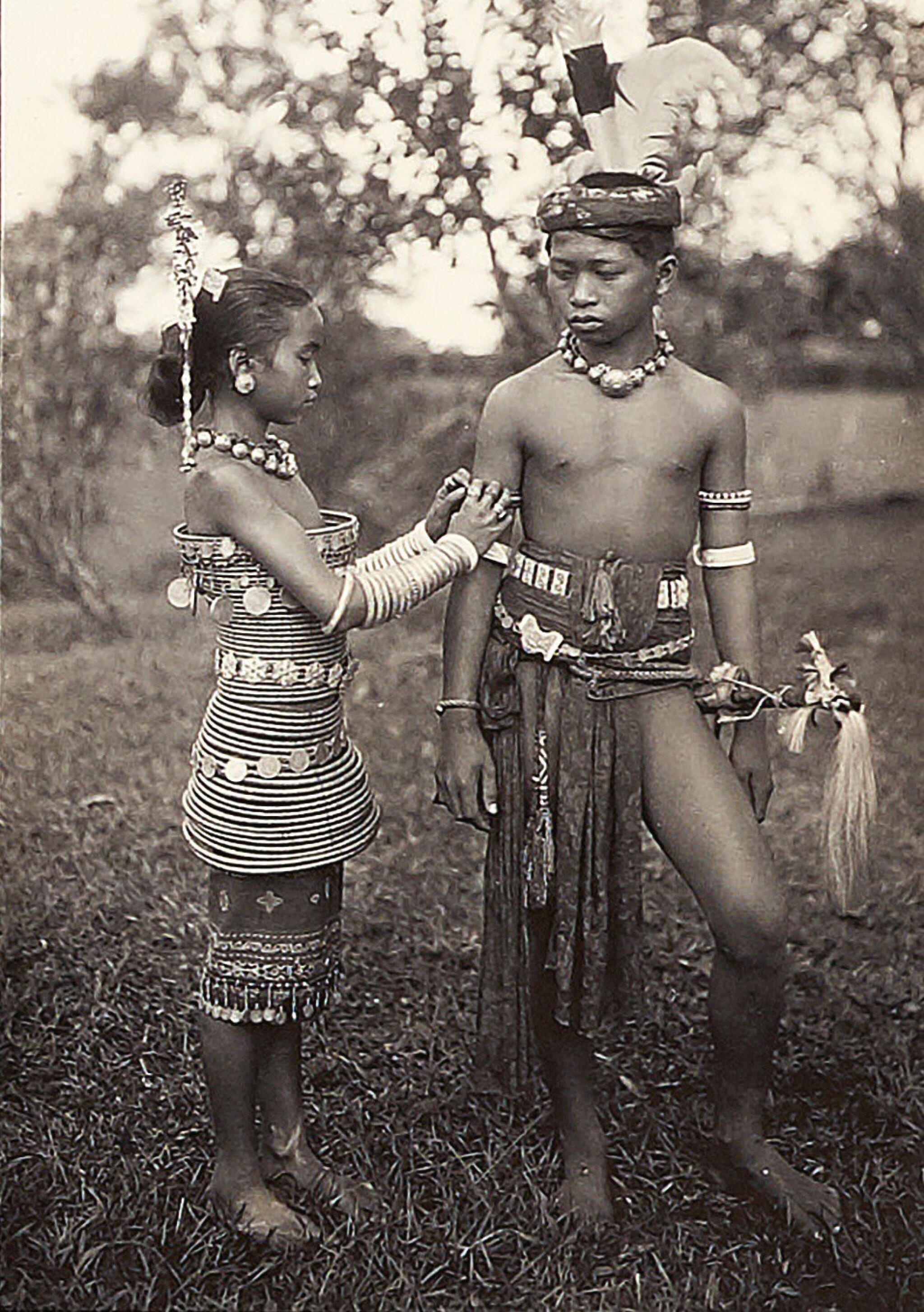 THE HOSE FAMILY COPY, oblong folio (305 x 393mm.), 169 PLATINUM PRINTS (average 104 x 146mm., or the reverse), one platinum print of Charles Brooke, the Rajah of Sarawak (signed by him) after Basano, mounted on thick card, recto and verso, each with a printed caption pasted on the mount, original brown half morocco over green cloth boards, spine gilt, gilt edges, upper cover titled in gilt, slight wear to edges of mounts and binding

RARE PHOTOGRAPHS OF SARAWAK. THIS PHOTOBOOK GIVEN BY THE PHOTOGRAPHER CHARLES HOSE TO HIS WIFE. AN EXCELLENT COPY.

Charles Hose (1863-1929) went to Borneo in 1884 as a civil servant to work for Charles Brooke the Rajah of Sarawak, founder of the Sarawak Museum. Hose eventually became a member of the Supreme Council and a judge of the Supreme Court. When he retired he returned to Norfolk where he spent his days teaching about Sarawak and its peoples. He married Emilie (Poppy) Ellen in 1905 and they had two children. His most significant publication was The Pagan Tribes of Borneo. Hose was an enthusiastic photographer and the Sarawak Civil Service List states: "While in Sarawak [Hose] distinguished himself as a geographer, anthropologist and collector of natural history specimens. His numerous journeys in the Baram District, which he was the first Officer to explore thoroughly, brought him into contact with many interior tribes, who, through his influence, came under Sarawak control and made peace with Sarawak tribes". Robert Shelford (1872–1912), was a British entomologist and museum administrator, working as the Curator of the Sarawak Museum in Kuching.

The album opens with a series of images taken in and around Kuching, the capital of Sarawak, however the majority of photographs show Dyak life and culture (including head-hunting), with ethnographic portraits, architectural views and cultural pursuits.