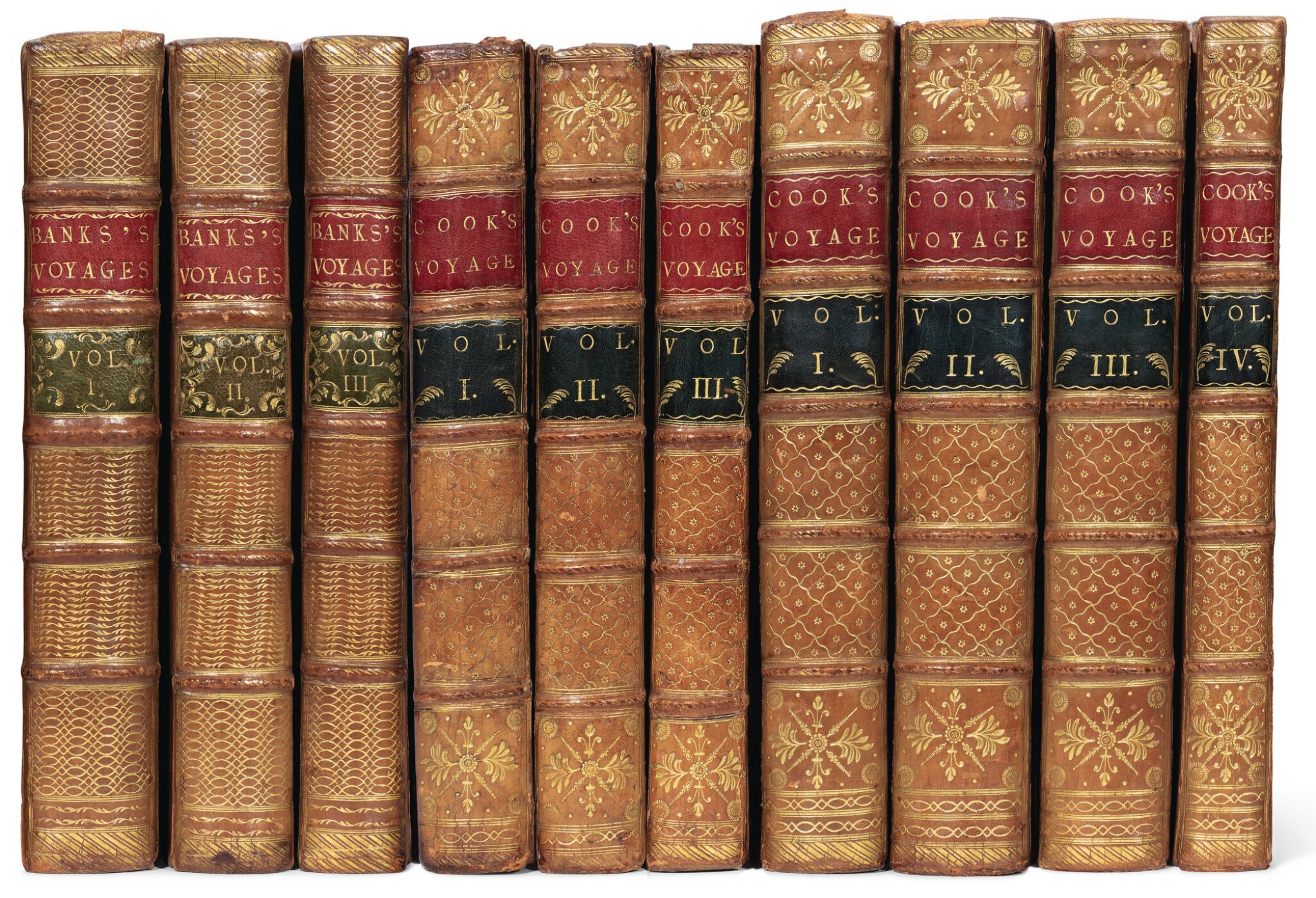 Complete set of the voyages, comprising:

Hawkesworth, John. An Account of the Voyages by the order of his present Majesty for making discoveries in the Southern Hemisphere, and successively performed by Commodore Byron, Captain Wallis, Captain Carteret and Captain Cook, in the Dolphin, the Swallow, and the Endeavour. London: Printed for W. Strahan and T. Cadell, 1773, FIRST EDITION, 3 volumes, 4to (293 x 223mm.), 51 engraved plates, charts and maps (most folding or double-page), [Beddie, BCJC 648; Hill (2004) 782; Sabin 30934], without the 'Directions for placing the cuts and charts' and 'Chart of the Streight of Magellan'

THE MORRITT COPY. A FINE HANDSOME SET. 'Captain Cook's three great voyages form the basis for any collection of Pacific books. In three great voyages Cook did more to clarify the geographical knowledge of the southern hemisphere than all his predecessors together had done. He was the first really scientific navigator, and his voyages made great contributions to many fields of knowledge' (Hill).

The early owner of this set John Morritt (1771-1843) was a traveller, classical scholar and author. From 1794 he spent two years travelling, mainly in Greece and Asia Minor and was one of the founders and first members of the Travellers Club. Sir Walter Scott was a close friend of Morritt and described him as "a man unequalled in the mixture of sound good sense, high literary cultivation, and the kindest and sweetest temper that ever graced a human bosom." During a stay at Rokeby in 1812, which Scott described as one of the most enviable places he had ever seen, Scott wrote and dedicated the poem 'Rokeby' to Morritt "in token of sincere friendship." (DNB)