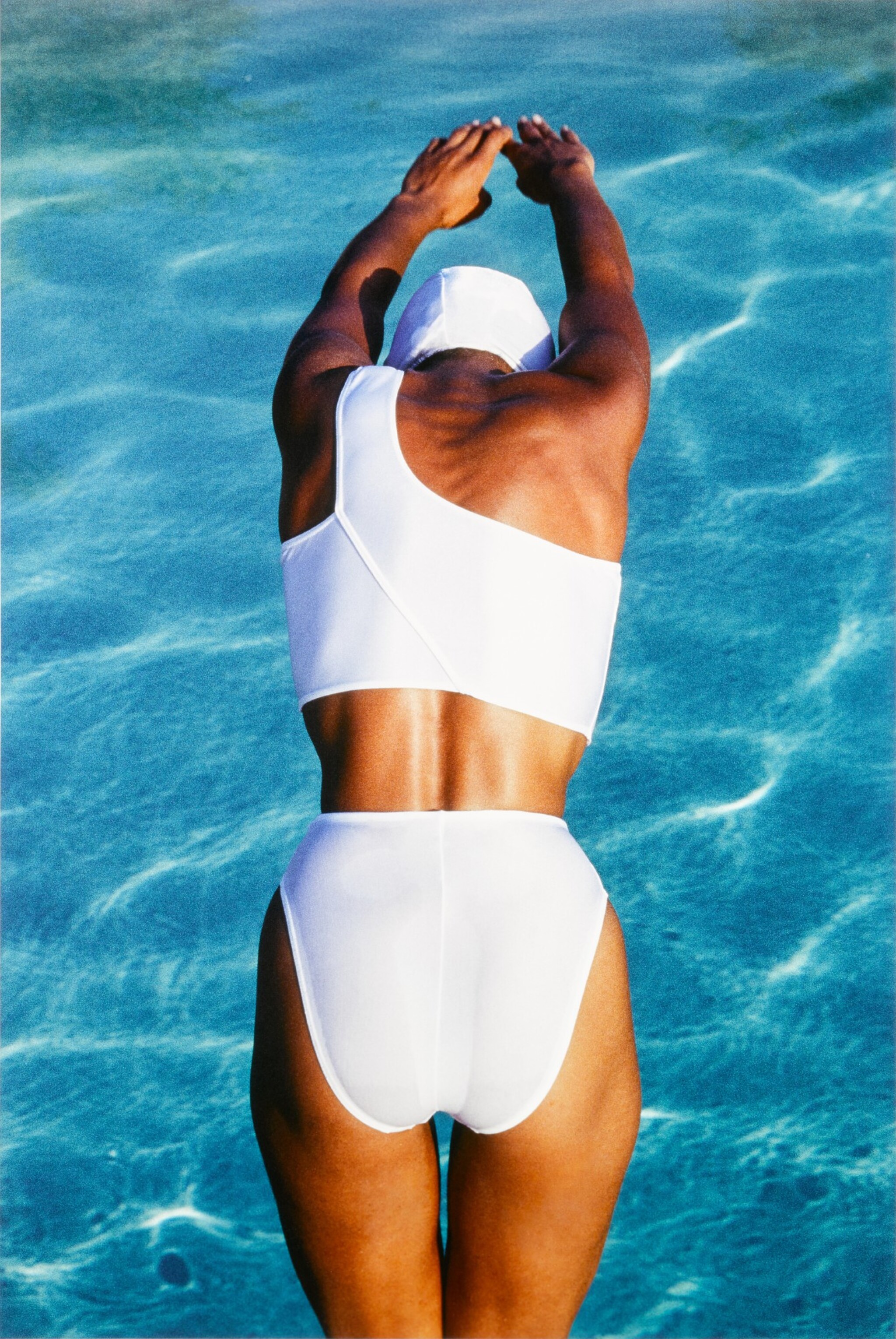 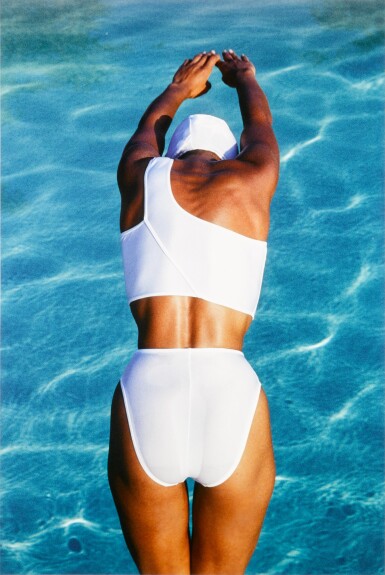 Chromogenic print, flush-mounted onto aluminium. Signed, titled, dated and numbered 1/3 in blue pen on a gallery label affixed to the back of the frame. Framed.

This print is in overall excellent condition. Warm tones. With one very faint handling mark in the lower right margin away from the image. With a very faint line around sheet edge resulting from where the frame rests, only visible under raking light and in close inspection.

Donated by Heloise and Hervé Nabon

Upon his arrival in Paris in the early 1960s, Herve Nabon had already won a number of prizes for his photographic work, garnering him significant attention in the advertising realm. As he settled in the capital, the photographer began collaborating with the renowned fashion magazine Le Jardin des Modes, and rapidly caught the eye of the Beauty magnate Elizabeth Arden, who commissioned him to produce campaigns for her cosmetics empire. From then on, Nabon entered long-lasting collaborations with such prestigious clients as L’Oréal, Pernod Ricard, Mercedes, El Corte Ingles and later Club Med, Paco Rabanne, Evian, Louis Féraud... Creative partnerships through which he encountered opportunities to shoot amongst the first photographs of Andie MacDowell, Stephanie Seymour, Elle McPherson, Cindy Crawford, Claudia Schiffer, Carol Alt, Janice Dickinson and Isabelle Adjani, only to name a few.

Nabon’s strength was first and foremost his chameleonic style: a highly intelligent visual language that could be adapted to his client’s identity whilst keeping a voice distinctly its own. As digital post-editing was not an option during that time, he needed to be extremely ingenious in the exact moment of photographing – making framing and lighting central to his creative process. In Le Plongeon, the photographer conveys the perrenial beauty of an ephemeral moment, seconds before the model’s immersive dive. Boasting flawless compositional structure and an exquisite sense of timing, the photograph survives as a wonderful testament to Nabon’s unique vision and photographic flair.

Over the course of his career, Herve Nabon has been acknowledged as one of the most important Beauty photographers of his time, particularly with regard to his work for L’Oréal which lasted for over forty years.

Today, he refers to his career as « 50 ans de vacances » - 50 years on holiday - a humorous and poetic quip that reflects both his love for photography in an era of insouciance and a work ethic steeped in professionalism, all-the-while celebrating beauty, leisure and a sense of effortlessness. His archive remains for the most part untouched and unseen: a treasure that documents the evolution of advertisement photography and pop culture in France.