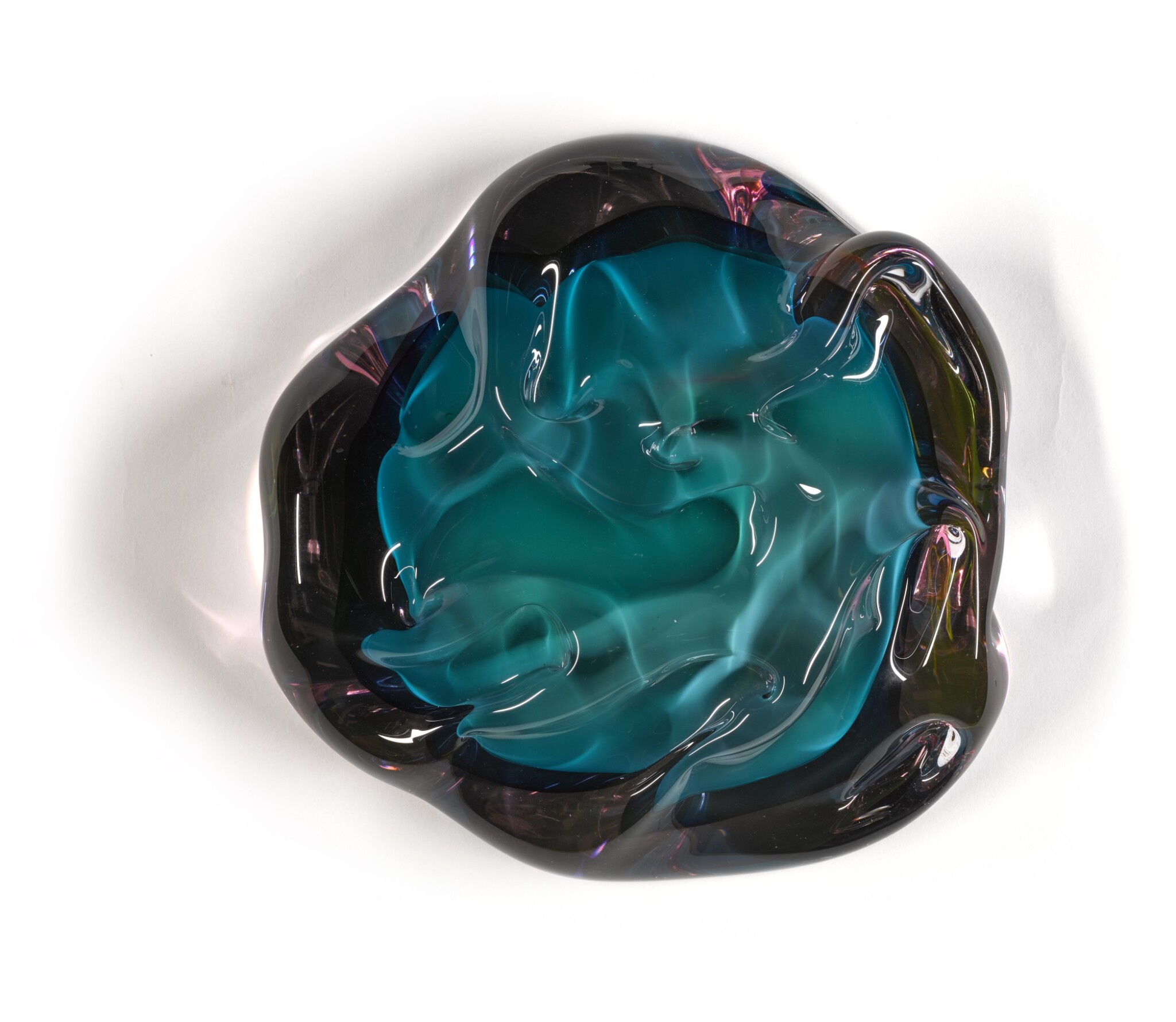 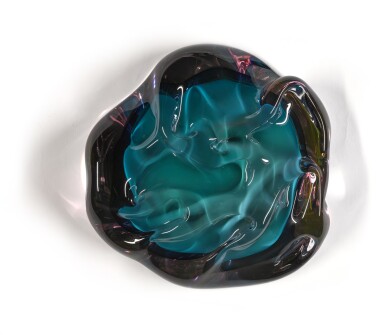 incised with the artist's signature and numbered CS7.27

Very good overall condition. Presence of some air bubbles inherent to the design and not visually distracting. One tiny white inclusion in the center of the piece, inherent to the making and hardly noticeable. Overall light surface scratches.

Flavie Audi (French/Lebanese) (b.1986) graduated from the Architectural Association in 2011 and completed an MA at the Royal College of Arts in 2014, where she specialised in glass.

Audi’s practice finds its point of departure within the manipulation of glass. Glass plays a crucial part, for the artist, in contemplating a speculative utopian future world where humans create cosmic fragments and new types of landscape formations. Using the physical properties of glass, Flavie highlights the duality between the real and virtual worlds.

Through its omnipresence in nearly all contemporary forms of digital devices, glass becomes a signifier of the tension between the realms of the tangible and the digital, as well as a facilitator of the disappearance of physical objects.

The digital atmosphere that surrounds us threatens the definition and perception of reality. In an era of technological innovation that has seen the creation of flawless, synthetic diamonds, undetectable by man or machine, Audi’s questions how we experience the real. Audi creates fragments emanating from a mass production landscape where gemmology aligns with geology in this synthetic new nature.

Flavie pursues ways of expressing sensuality and luminosity creating dazzled encounters with wonder and the sublime. Her works translate the mechanism of life and light and resemble fragments of an ethereal landscape or geology. The forms and gestures found in it capture a fleeting, living energy and suggest a certain mystery, expressing the energy and essence of existence, a sense of life, hovering between digital screen and celestial body. In a dematerialised world where all is virtual and generic, her work seeks to define a new type of aesthetic and physical materiality and invites the mind to expand in the cosmological infinite.