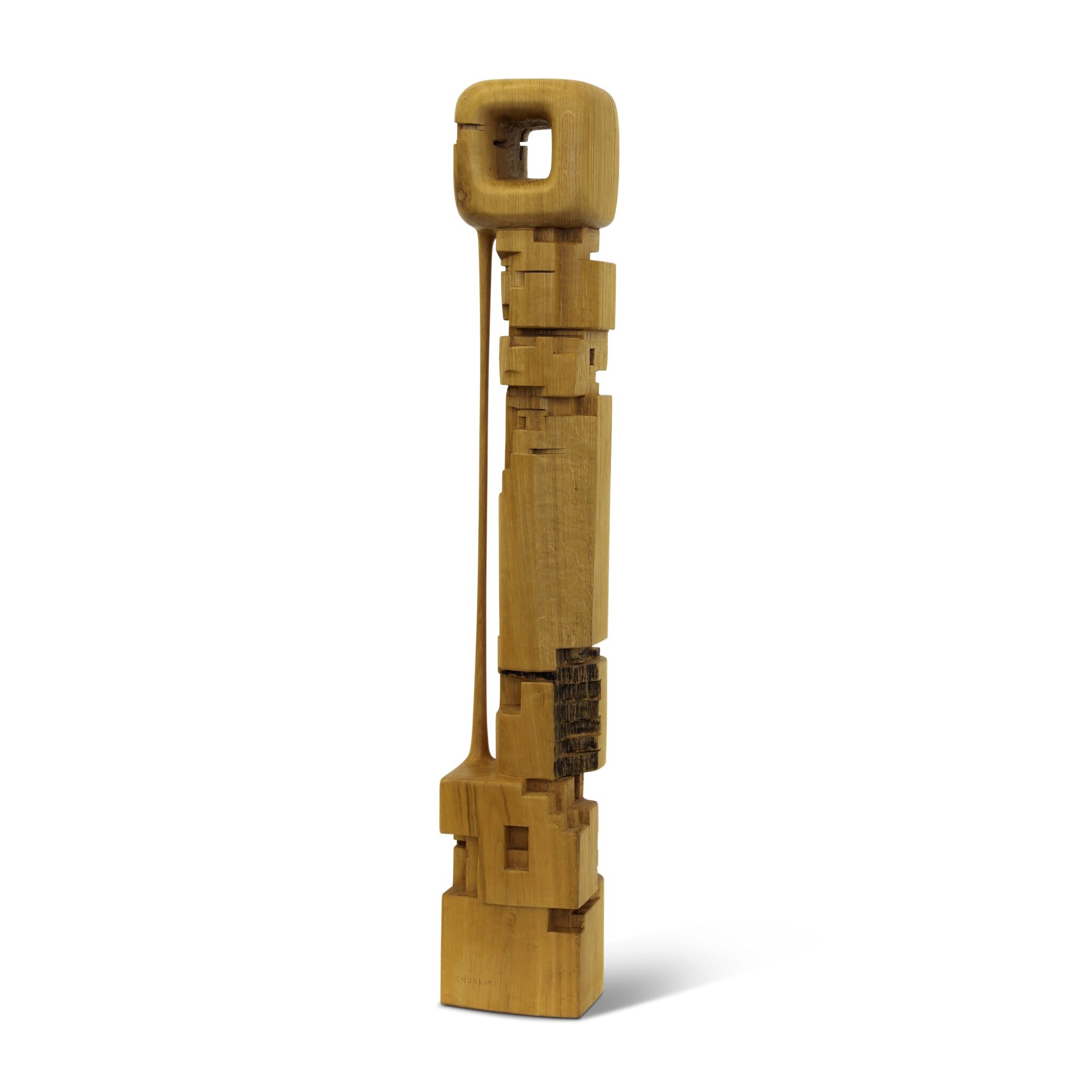 Since the late 1960s, Chaouki Choukini has developed an astoundingly consistent aesthetic worldview. His sculptural works, mainly in wood but occasionally in marble or stone, range from horizontal Lieux and Paysages to upright, anthropomorphic, almost totemic figures. At first glance, the works may appear somewhat primitivist. A closer look, however, reveals a sophisticated interrogation of organic and mechanical worlds, where curvaceous mounds are punctuated by a regiment of pegs, or undulating bases bristle with teeth-like crags. Discursively, Choukini layers an eerie latency into his works: mazes of slits, recesses, and multi-level cavities evoke some vanished human presence on the tense horizon line; the ubiquitous “cord” is a taut yet silent marker of dormant sound.

His recent monograph, Corpus, was published in November 2019 with Kaph Books, Beirut. He lives and works in Paris, France.