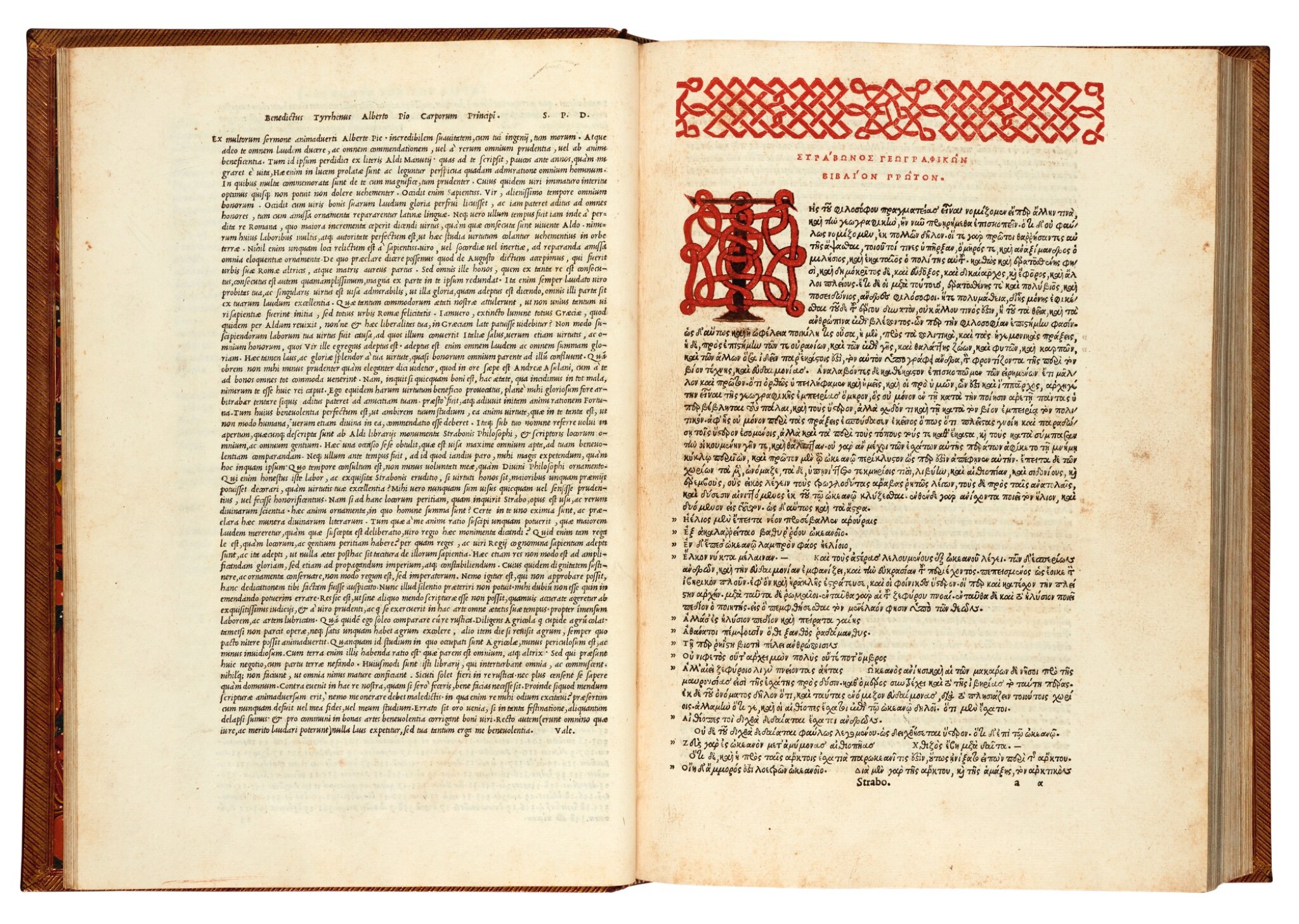 Folio (305 x 209mm.), text in Greek, woodcut Aldine device on title-page and final verso, headpieces, initial and titles to each book printed in red, first large initial drawn in brown and red ink, a few annotations in Greek, nineteenth-century red morocco by Hatton of Manchester, arms of the earls of Macclesfield on covers, gilt edges, slipcase, bβ6-cγ5 with some staining, creasing and a few marginal tears, other occasional light soiling

EDITIO PRINCEPS. THE MACCLESFIELD COPY. Written in Rome during the reign of Tiberius, this work of Strabo's describes the earth and its peoples, including recent events and conquests but also incorporating some historical details (he had previously written a work of history). Strabo became known in western Europe only in the mid fifteenth century, including through the Latin translation by Guarino da Verona; as a result Strabo's notion that India could be reached by travelling round the world to the west was put into practice by Christopher Columbus (D. Dueck, Strabo of Amasia, a Greek man of letters in Augustan Rome, 2014, p.153).

Not much is known about the editor of this edition, Benedictus Tyrrhenus (Benedetto Tirreno); Marcus Musurus began preparing this edition, but after his departure for Rome in October that year, Tirreno continued the work. His dedication of the edition to Alberto Pio, prince of Carpi, sought to maintain the close links between Carpi and the Aldine Press despite the death of Aldus in 1515.