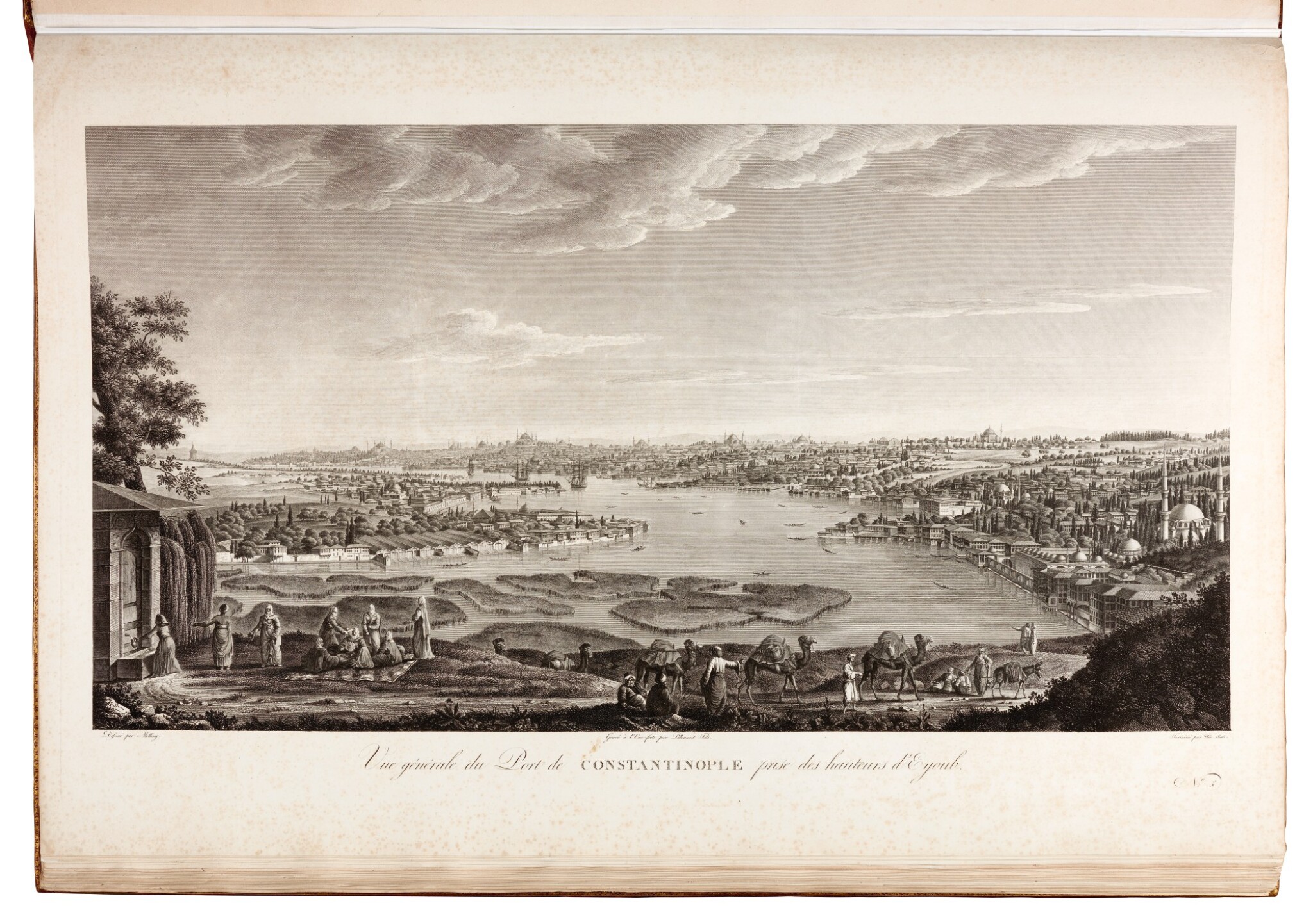 THE ATABEY COPY OF THE GRANDEST ENGRAVED VIEWS OF CONSTANTINOPLE, THE PLATES EDGE-BOUND IN THE RARE AND MOST DESIRABLE UNFOLDED STATE.

Melling (1763-1831), having studied architecture and painting, went to the Levant at the age of nineteen and remained in Constantinople for eighteen years. In 1795 he was charged by the Sultan's daughter to renovate her palace at Ortakeui. He was consequently granted access to the Sultan's palaces, including the Harem, Melling's sketches of which provided the earliest interior views. Having completed various projects for Selim III, Melling returned to Paris in 1803.

A prospectus for Voyage pittoresque appeared in 1804, but production did not start until 1809 and was not completed until 1819 after the appearance of the thirteenth livraison. The outstanding success of the exhibitions on which the work was based earned Melling the title of Painter to the Empress Josephine.