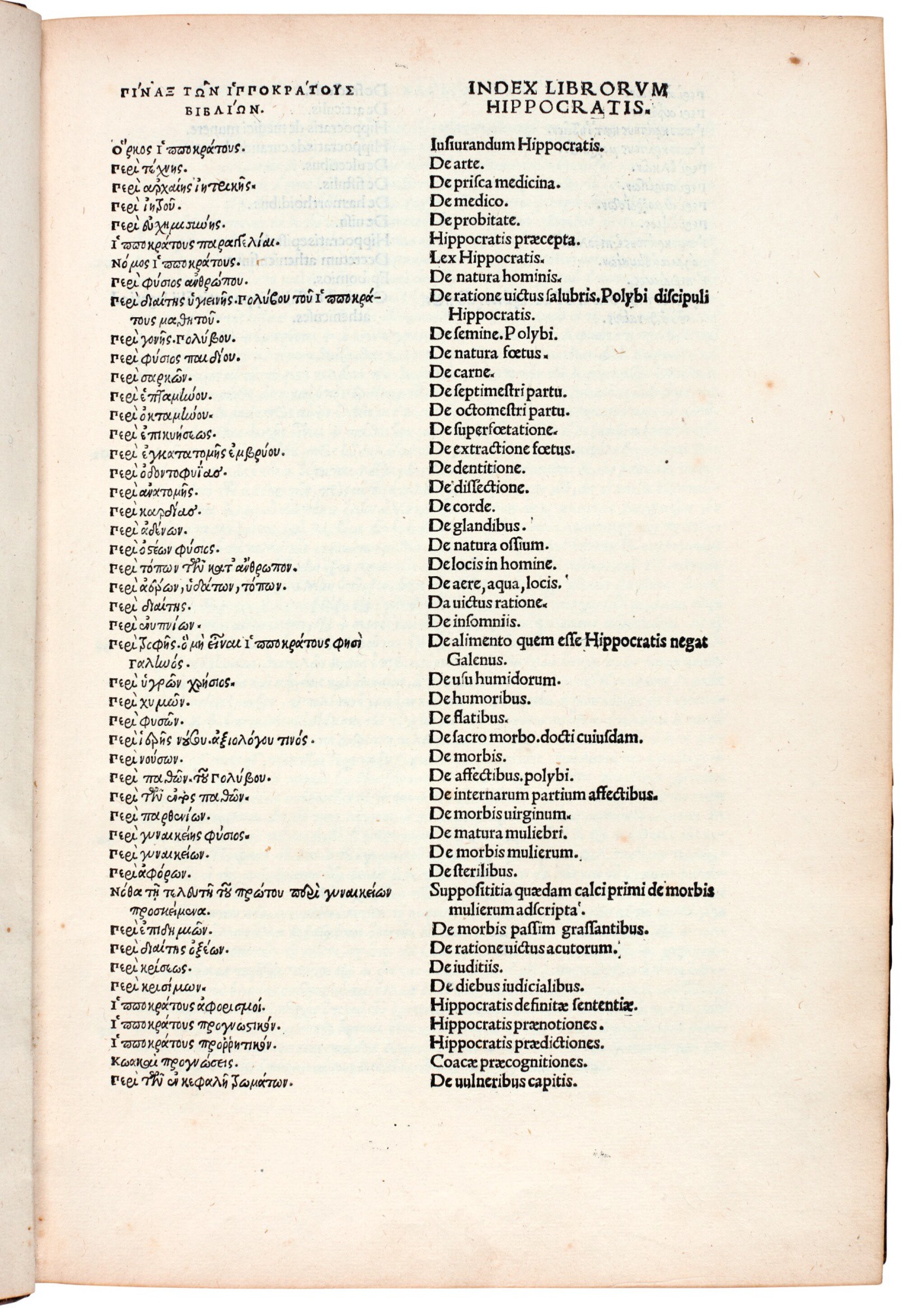 FIRST EDITION OF THE ORIGINAL GREEK TEXT of the Hippocratic corpus. A Latin edition, translated by Marcus Fabius Calvus, was printed in Rome in 1525, but the numerous errors in his edition (omissions, duplication and reliance on just one manuscript) are criticised by Gian Francesco Torresani in his preface to this Greek edition. Both editions, however, contained more tracts than were generally contained in a single manuscript, and formed the basis of the modern textual tradition. Torresani included a list of tracts (in Greek and Latin) after his preface.

The importance of the Hippocratic Corpus (not all or perhaps not any of which may have been written by Hippocrates himself) to the history and practice of medicine cannot be exaggerated. The Corpus covers all areas of medical practice and debates codes of behaviour and the duties of the physician which still apply today; the Hippocratic Oath is printed at the end of the preliminaries.

The snakeskin binding is a reference to the staff of Asclepius with its entwined snake.