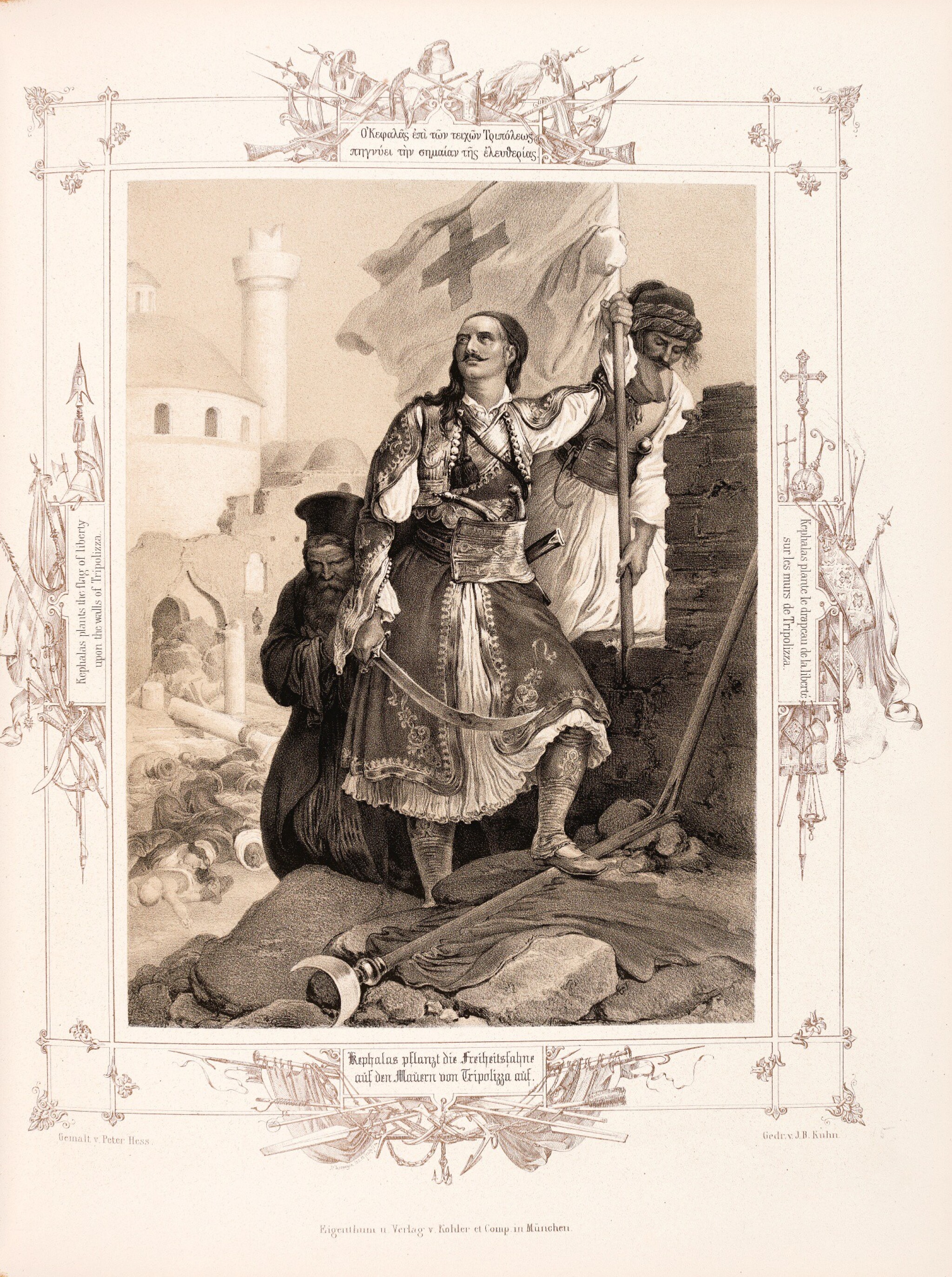 A RARE ALBUM OF GREEK HEROISM. One of the most celebrated collections of illustrations relating to the events of the Greek War of Independence.

Peter von Hess (1792-1871) was a German painter, known for his work of the Greek War of Independence. Otto of Greece was accompanied by Hess in 1833 to the newly formed Kingdom of Greece. Here Hess gathered material for painting showing the war.

Not in Blackmer or Droulia