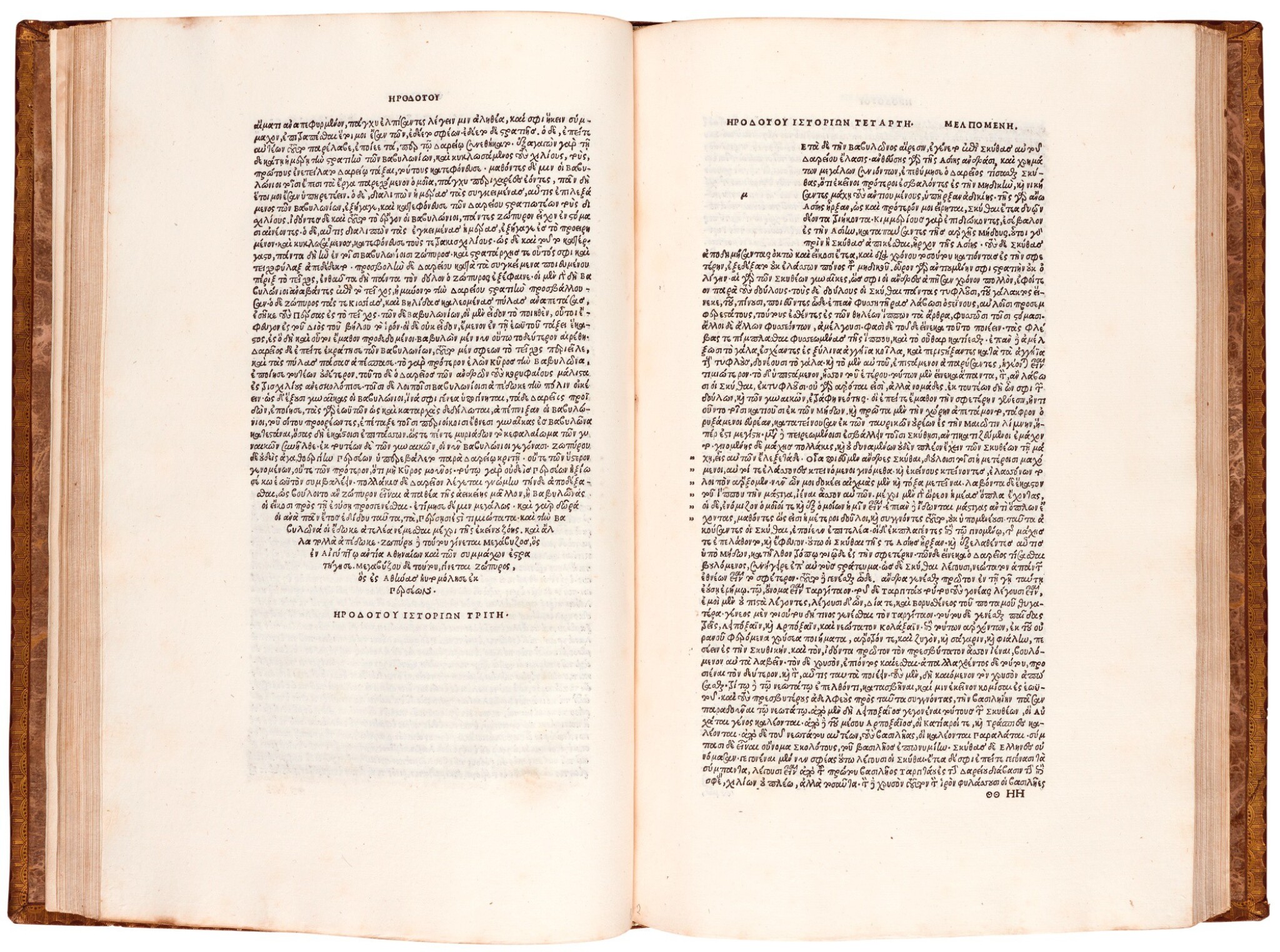 EDITIO PRINCEPS. A TALL AND CRISP COPY. Herodotus's history of the Persian Wars documents the rise of the Persian Empire and its subsequent clashes with the city states of Greece in the fifth century BC, interspersing his narrative with geographical and ethnographical details. In the preface, addressed to the elderly scholar and editor Giovanni Calfurnio, Aldus defends Herodotus's usefulness and accuracy from earlier detractors such as Cicero and Petrarca who believed that Herodotus had invented parts of his narrative.