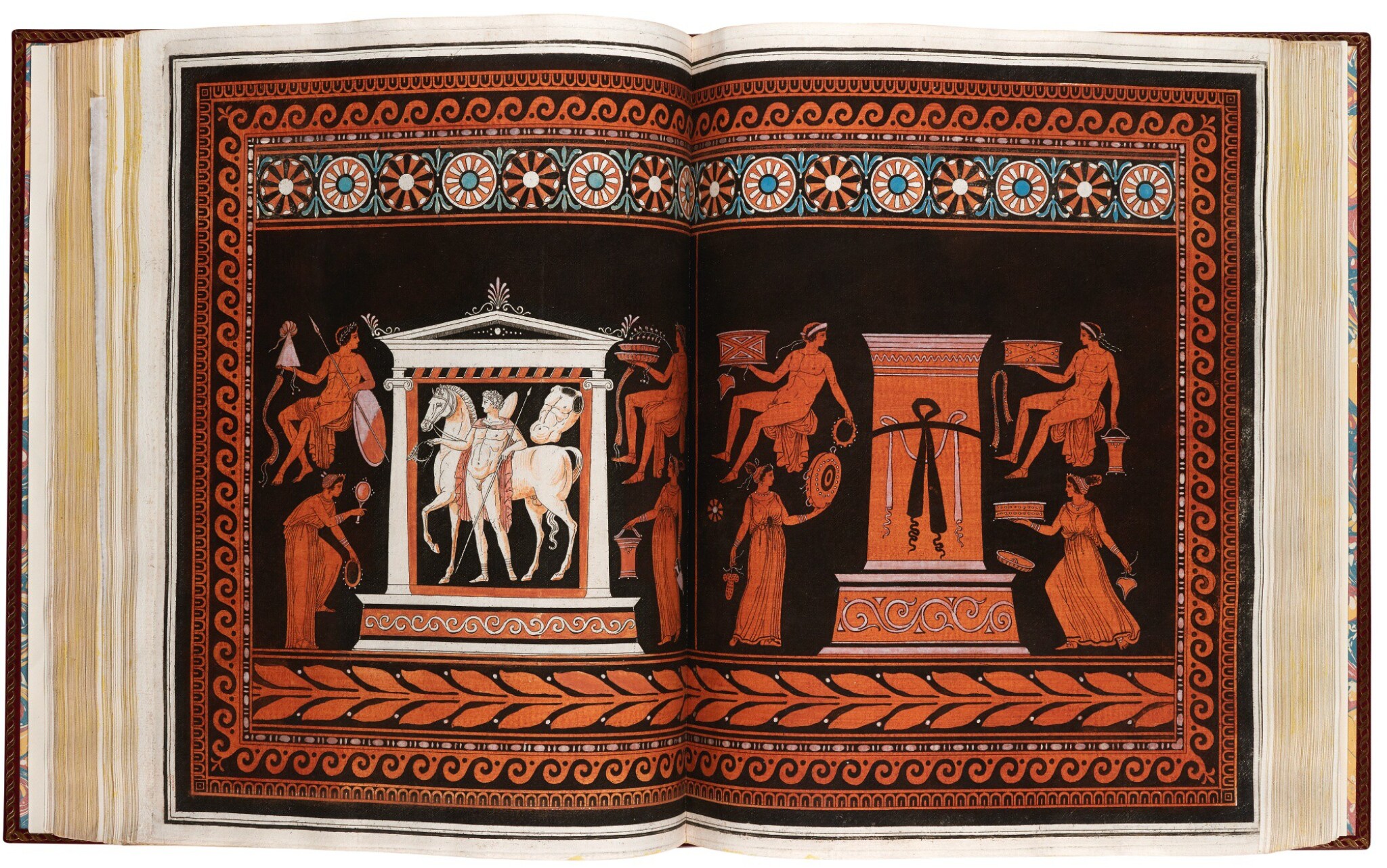 Collection of Etruscan, Greek, and Roman Antiquities from the Cabinet of the Hon. W. Hamilton his Britannick Maiesty's Envoy Extraordinary and Plenipotentiary at the Court of Naples; Antiquités etrusques, grecques et romaines. Naples: (François Morelli), [1766-67]

A FINE COMPLETE SET. A splendid catalogue of the collection of ancient vases assembled by Hamilton after he was appointed to the court of Naples in 1764. The art historian Pierre-François Hugues introduced Hamilton to the Porcinari family who owned a large collection of classical vases which Hamilton bought and enlarged. They were sold to the British Museum in 1772. The first two volumes of the catalogue were issued, but publication was interrupted when Hugues was expelled from Naples, and the plates for the remaining volumes were held by creditors. Apparently only 100 copies of the later volumes were issued nine years later, explaining the high number of incomplete sets.