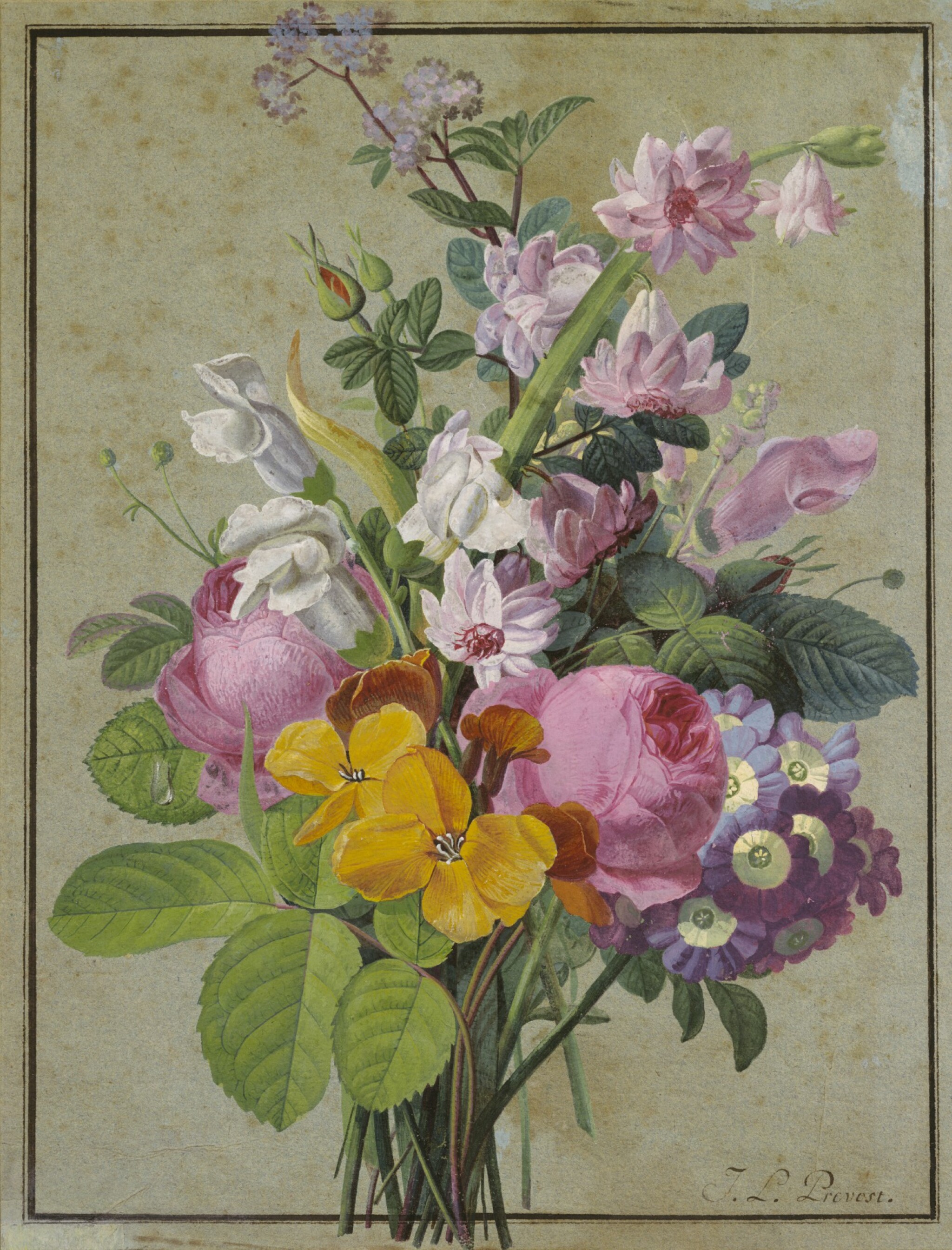 Float mounted to an old backing. There is some minor scattered foxing and light brown staining to the sheet, which is visible in the accompanying digital images. The sheet itself retains much of its original blue color. The gouache media remains in very fine condition with only some very minor losses to the stems at the bottom of the sheet. Sold in an elaborate giltwood frame.

"Jean Louis Prévost was part of a large and highly skilled family of artists, however the standard of his work, both painted and drawn, was of such quality that he soon established himself, alongside Pierre Joseph Redouté, as the leading botanical artist of his generation in France. This delightful bouquet de fleurs, perfectly encapsulates all that is most desirable in his work, with the gouache medium maintaining all its original vibrancy of color and exquisite detail."

Jean Louis Prévost was the predominant member of a family of French painters who specialized in the depiction of flowers and fruit. He was born in the village of Nointel, near Beaumont-sur-Oise, and received his training in Paris, in the studio of Jean Jacques Bachelier. His exquisite paintings were highly sought after in the second half of the eighteenth century. Examples of his work were then to be found in the great collections of the day, including those of the Prince de Conti, the Marquis de Livois, the Marquise de Langeac, and the financiers Nicolas Beaujon, Augustin Blondel de Gagny and Alexis Janvier La Live de la Briche. The Cabinet des Estampes at the Bibliothèque Nationale in Paris preserves a set of

of flowers. For a detailed discussion of the artist and his oeuvre, see Michel and