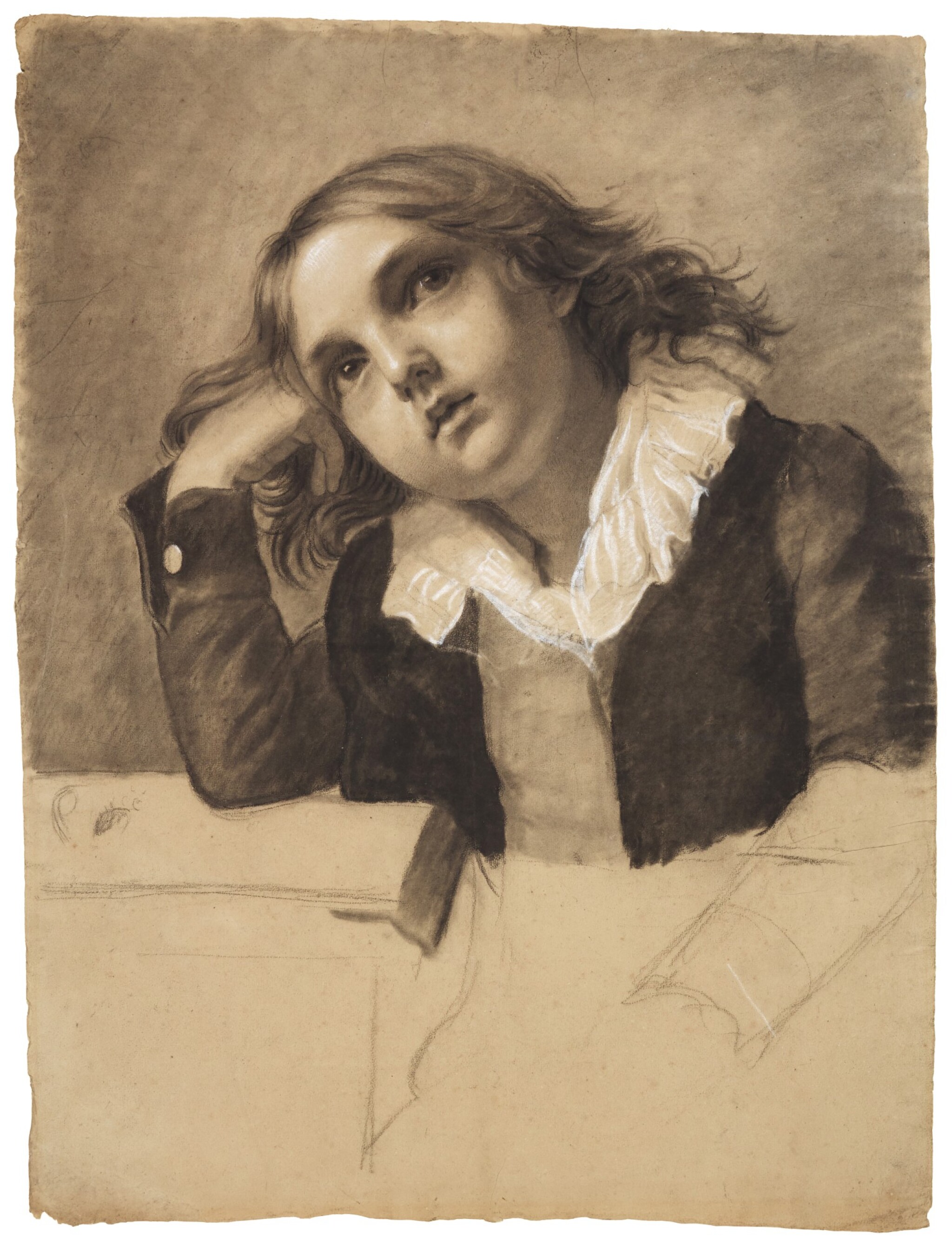 PORTRAIT OF A SEATED BOY, SUPPORTING HIS RIGHT ELBOW

"You would never know, from looking at one of Pauline Auzou’s serene figure studies, the magnitude of the obstacles she faced in establishing herself as a successful artist in late 18th-century France, where formal, academic artistic training was almost entirely a male preserve. She did, though, manage not only to train as an artist, but also to forge a very successful career for herself, underpinned by the skill in drawing that is so evident in this stylish and appealing study."

In her time, Pauline Auzou was a highly regarded painter of portraits, genre scenes, and history paintings. She was born in Paris and received her artistic education from Jean-Baptiste Regnault. By the age of eighteen she was exhibiting in the Salon, a remarkable feat considering the systematic exclusion of women artists from the Paris art scene of the 1800’s.1 Though few of her early works survive, we know that at the beginning of her career she focused on painting portraits, and the particularly male genre of history painting. Auzou received a first-class medal for her work in 1808, and continued to exhibit regularly at the Salons until 1817. In 1810, she received a commission to paint Napoleon and his wife Marie Louise, Duchess of Palma. With her paintings ‘The Arrival of the Archduchess Marie Louise’ and ‘Marie Louise, at the Time of her Departure from Vienna’, it is said she became ‘an active participant in what one might call the great Napoleonic pictorial propaganda machine.’2 Other artists working for the Emperor at this time included Marie-Guillemine Benoist, Jeanne-Elisabeth Chaudet, Baron Gros and Alexandre Menjaud. Towards the end of her career she opened an atelier for female students, which ran for 20 years. Like other artists of the time, she made numerous drawings from male and female models in preparation for her paintings. Didot published a variety of her head studies in an album in 1800. The smooth handling of the chalk, the attention to fine detail, and the sensitivity of expression found in this study of a young boy are typical of Auzou’s style.

1 Women were denied admission to the Ecole des Beaux-arts and the class of Fine Arts of the institute until almost the end of the century.