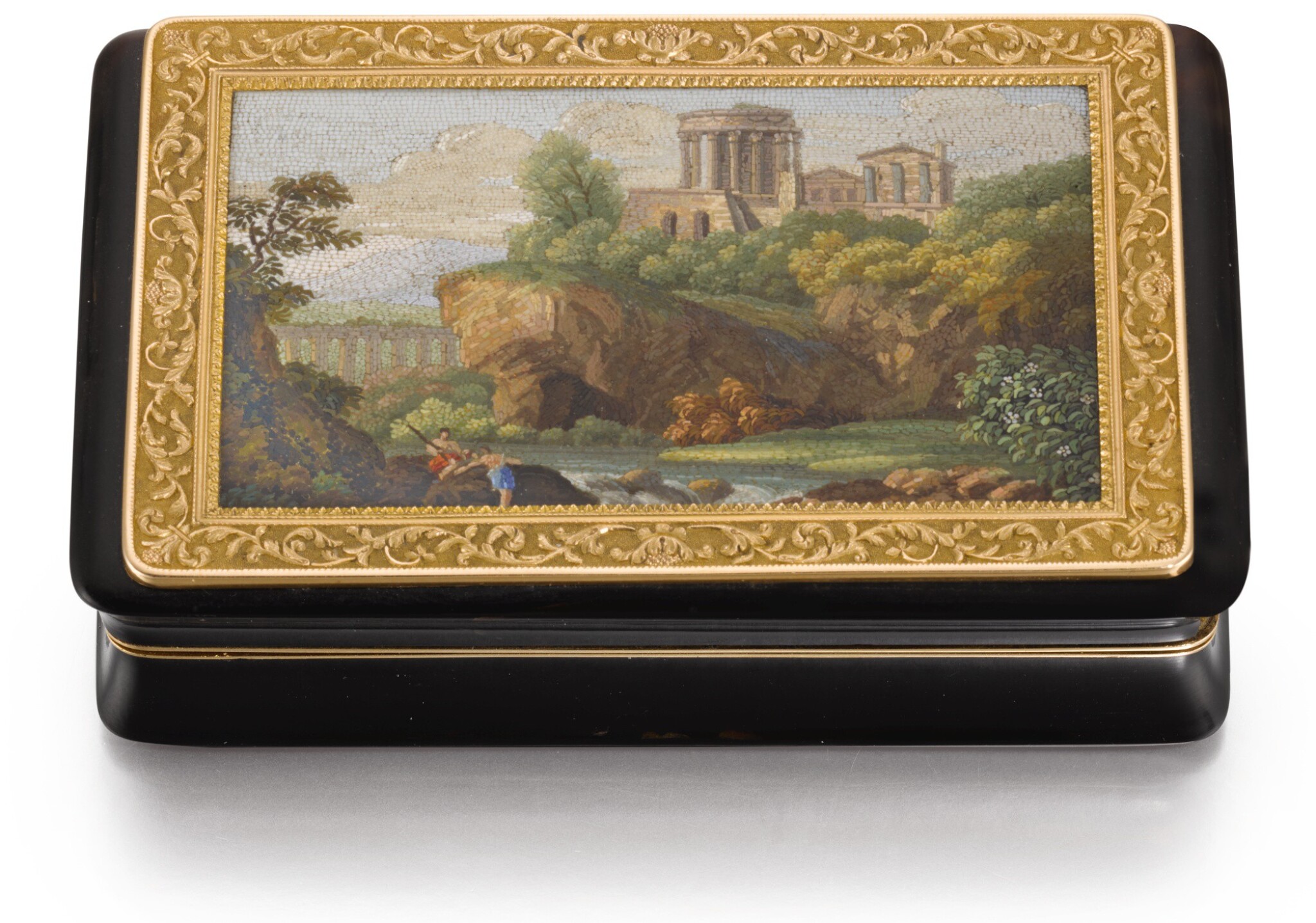 rectangular with waisted sides, the lid inset with a contemporary Roman micromosaic view of the Temples of Vesta and the Sibyl at Tivoli with fishermen in the foreground, wide chased gold foliate scroll border, gold lining and mounts, unoficial and official 3e titre, Paris grosse garantie 1809-1819

This selective and romanticised view of Tivoli shows the temples and bridge but ignores the town and, more surprisingly, the famous waterfall.

Jean-Louis Leferre registered marks for: garniture de tabatières; tabletterie; le doublé from 159 rue St-Martin in 1803 and 1811/12. The mark was cancelled following his death in 1822 and his widow, Catherine- Adélaïde Duponnois, registered her own mark. This was superceded in 1837 by the marks of, presumably, their two sons, Jean-Louis (fils ainé) and the better-known Alexandre. There are a considerable number of mounted boxes, mainly of the then fashionable tortoiseshell, in the collections of the Louvre, with Leferre family marks (Serge Grandjean, Les tabatières du musée du Louvre, Paris, 1981, nos. 299-326). Nocq suspected that Jean-Louis Leferre might have been the same person as the Jean-Louis Lefèvre who had entered a mark from the faubourg St-Denis in 1781, appearing, however, as ancien orfèvre at the same address in 1791 (Le poinçon de Paris, Paris, 1926-1931, vol.III, p.79). The link is an entry in Douet in 1806 for: Jean-Louis Lefèvre … garnitures de tabatières et tabletterie, rue St-Martin, anc. No. 290.