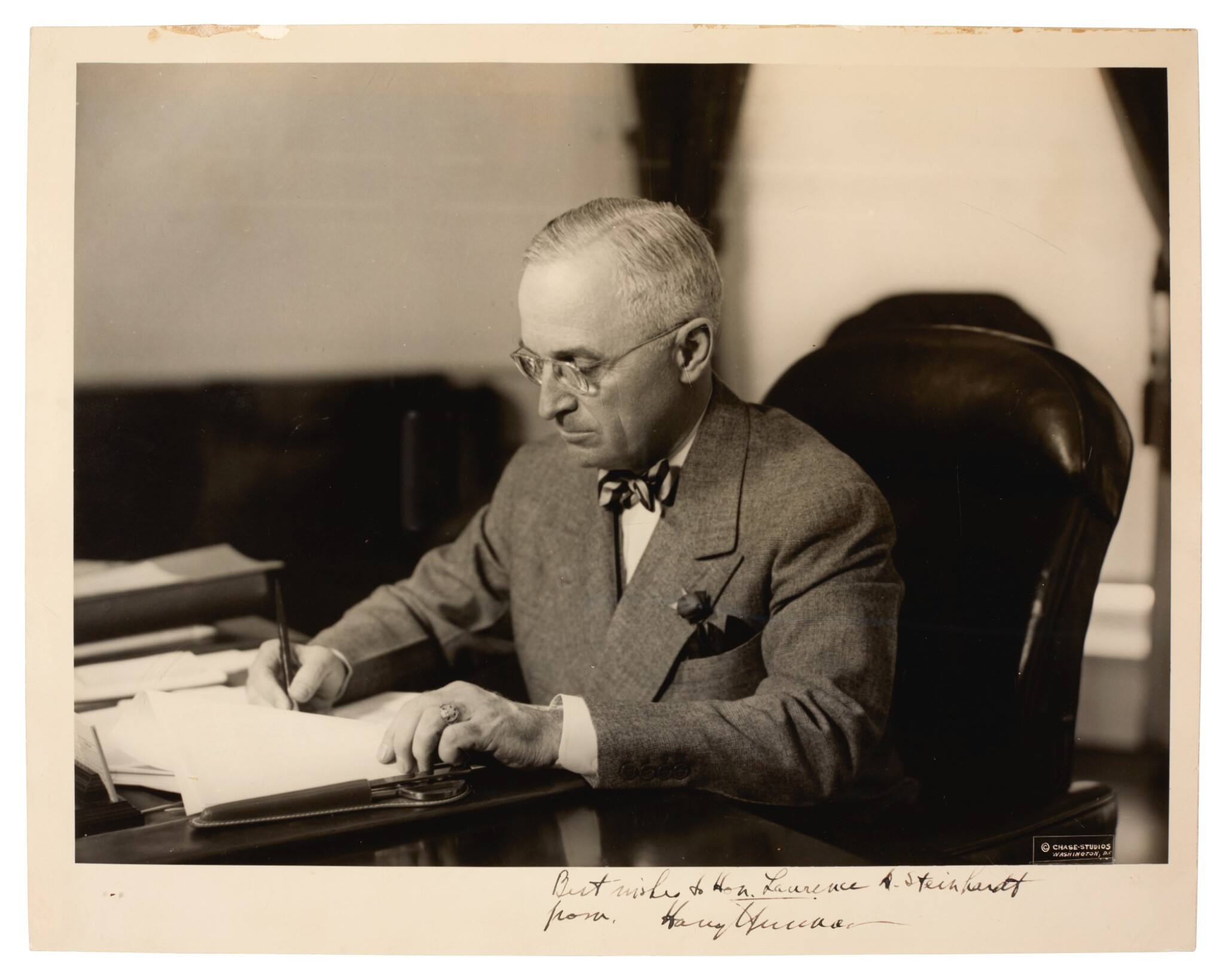 While serving as ambassador to Canada, Steinhardt was killed in a plane crash, becoming the first United States Ambassador to be killed in office

Indication of prior mounting at top edge of margin.