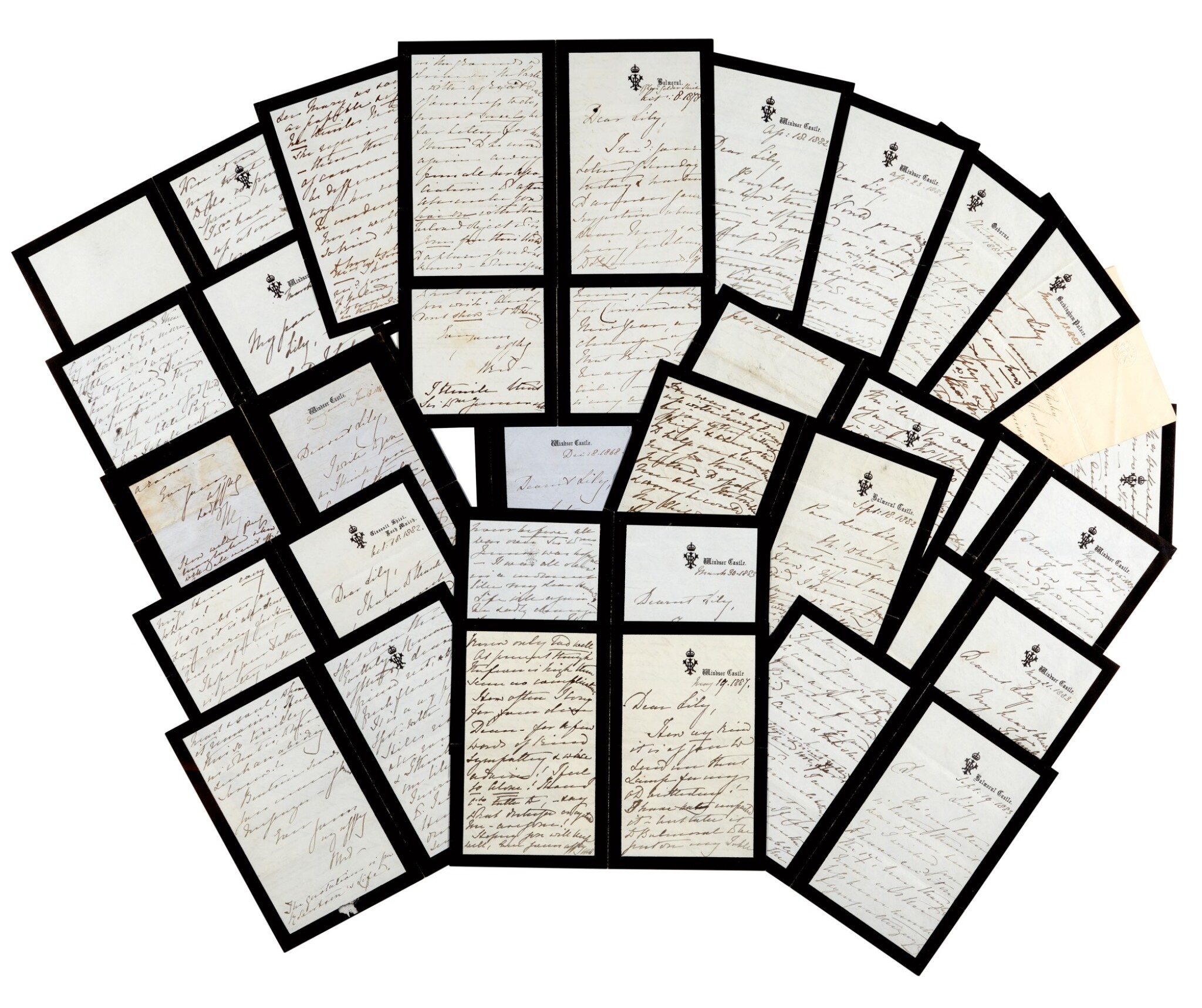 [with:] Victoria, Princess Royal, autograph letter signed, to Gerald Wellesley, sending condolences on the death of his uncle the Duke of Wellington ("...he was so much esteemed and beloved by the whole nation..."), 4 pages, 8vo, 1852

"...Yes bye gone days were bright & happy & it seems to me that life is without light now - One goes on - there may be gleams - but there is a dead weight a heaviness, from which you must rouse yourself..."

REVEALING AND PERSONAL LETTERS TO THE WIFE OF A LONG-STANDING FRIEND. Gerald Wellesley was appointed personal chaplain to the Queen in 1849, becoming Dean of Windsor in 1854; in constant contact with the royal family he was one of the Queen's closest advisors. He married Madgalen 'Lily' Montagu, daughter of Lord Rokeby, in 1856, and it is to her that the letters by Victoria are addressed. In these letters the Queen discusses such subjects as concern over the health of Princess Mary, marriage services, and a photograph of the 1st Duke of Wellington, but she is most expressive when the letters touch on death and loss. When the Dean died in 1882, Victoria wrote passionately of her loss: "He was so bound up with every Event of joy & of the bitterest grief - & always tried to help me & smoothed my thorny paths". Lily's only son, to whom Victoria had been godmother, died less than a year later, which elicited another outpouring of sympathetic grief from the Queen, and less than a week after that (27 March 1883) came the death of John Brown: "he was so strong & powerful - & his health & constitution so remarkably strong that I felt as sure as one can be of any thing human that he would long, very long be preserved to me!" Later letters dwell on the death of Lily's father and Victoria's pilgrimages to John Brown's grave.

There is light dust staining and browning to a few letters. One letter split and an integral blank is missing from one letter.