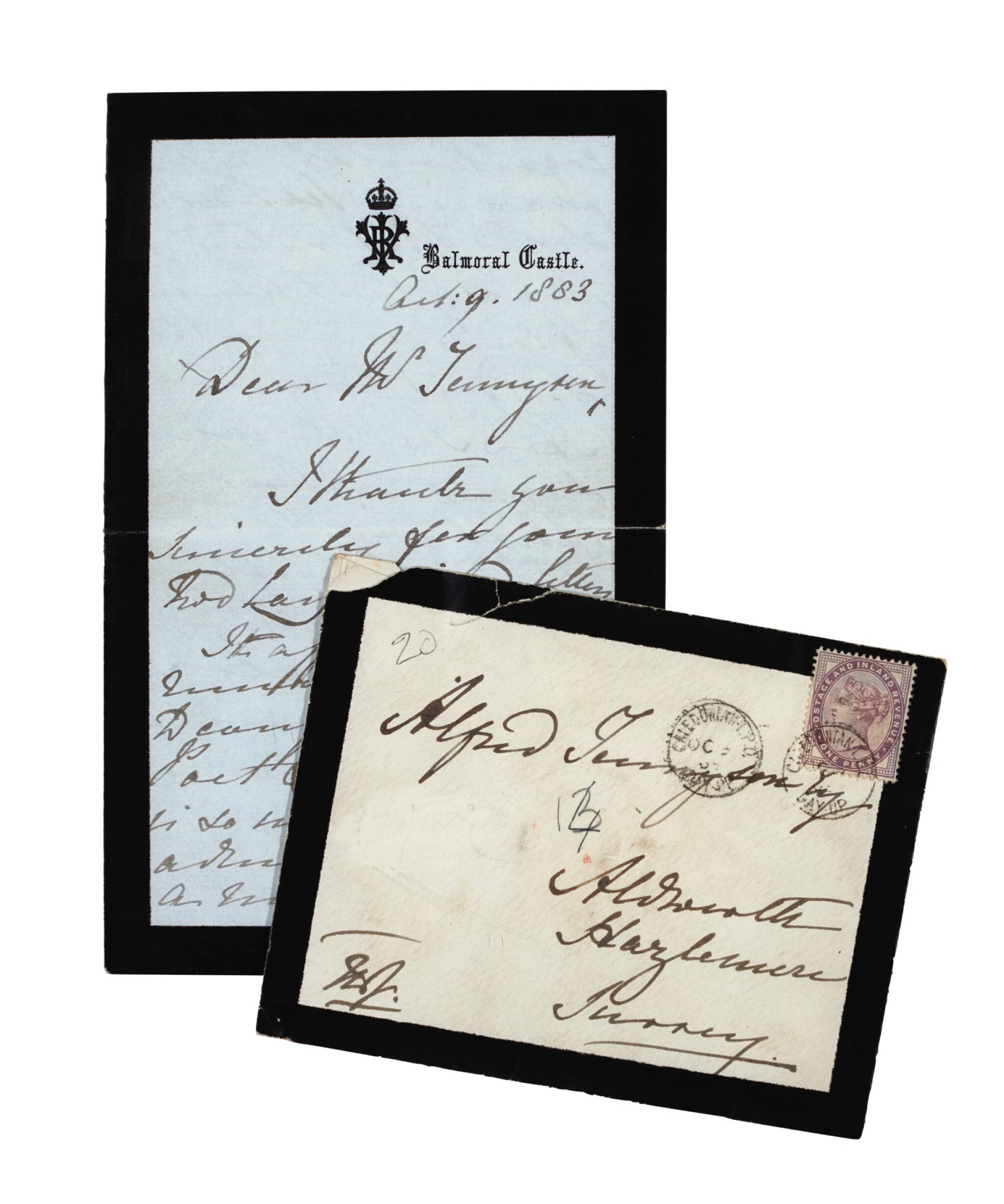 expressing the pleasure she has taken in conferring a peerage on Tennyson ("...a mark of my recognition of the great services he has rendered to literature..."), looking for his advice in dealing with the press ("...I wish you could suggest means of crushing those horrible publications whose object is to promulgate scandal & calumny which they invent themselves!..."), and thanking him for his epitaph on John Brown, which "will be engraved on the Pedestal of simple unpolished Balmoral granite on which stands the State of the brave, kind, good honest man", 4 pages, 8vo, headed mourning stationery of Balmoral Castle, 9 October 1883, autograph envelope with black wax seal; [with:] transcription of the letter in the hand of Emily Tennyson

A DEEPLY PERSONAL LETTER TO HER POET LAUREATE A MONTH AFTER HE ACCEPTED A PEERAGE. It is clear from this letter that her affection for Tennyson was not just out of respect for his poetry but for his personal loyalty to her, which was expressed in gestures such as his assistance in providing an epitaph for John Brown (see lots 118 and 125). She also expresses her hurt and anger at the prurient gossip about her relationship with Brown, which had resurfaced repeatedly in the press since the 1860s.