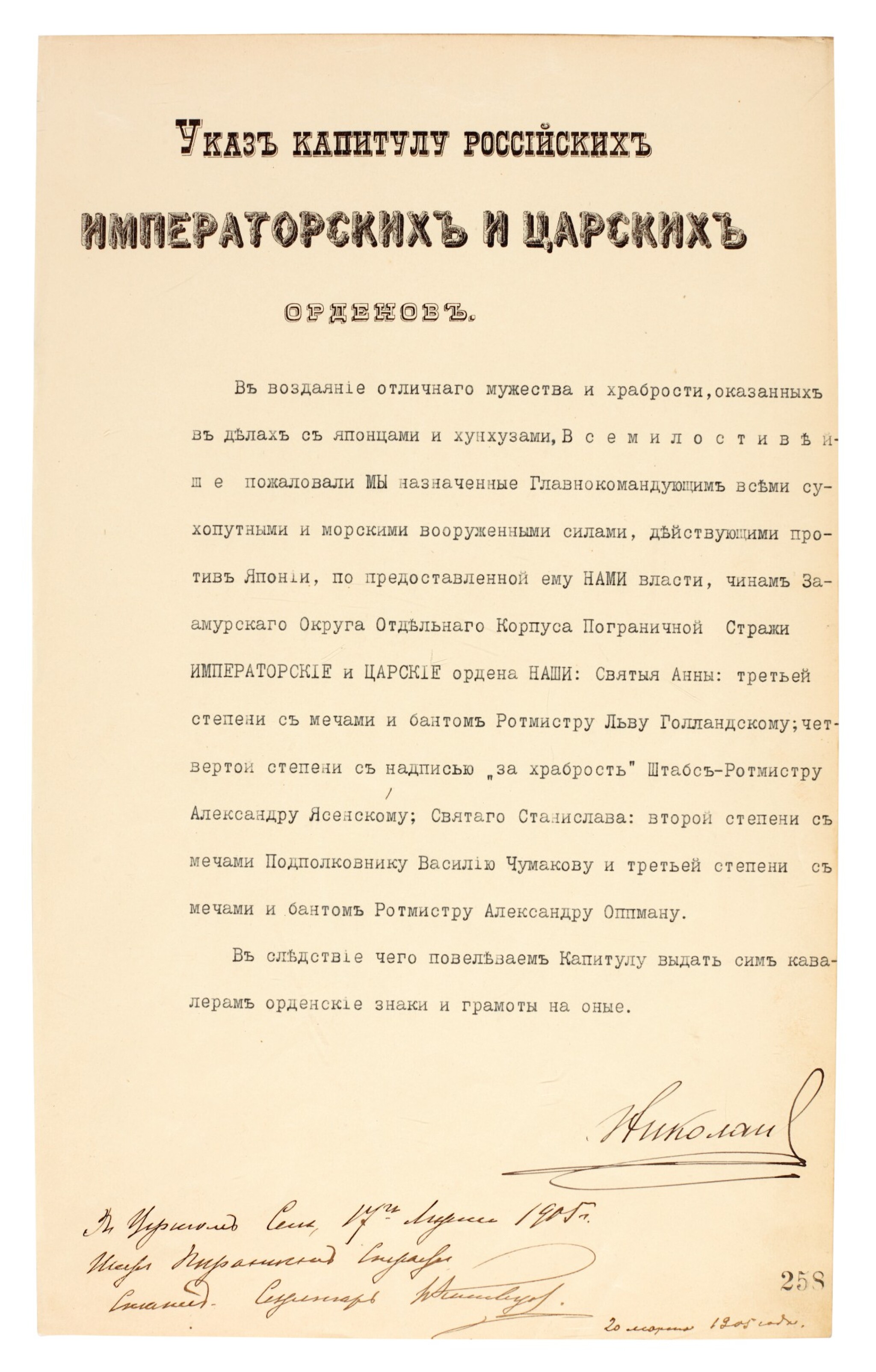 In Russian, a decree to the Chapter of the Imperial Tsarist Orders, awarding knighthoods in recognition of the bravery of officers during the Russo-Japanese War of 1904-1905, including the order of Saints Anna and Stanislaus, to be conferred upon Cavalry Captain Lev Gollandskiy, Cavalry Staff Captain Aleksandr Yasepskiy, Lieutenant Colonel Vassili Chumakov and Cavalry Captain Aleksandr Opiman, 1 page, folio, printed title: "Ukaz kapitulu rossiyskikh imperatorskikh i tsarskikh ordenov", inscribed and dated in another hand at the foot of the page, Tsarkoe Selo, 17 April 1905

These awards were presented whilst the war was still reaching its climax: between the Battle of Mukden (21 February to 10 March 1905) and the naval Battle of Tsushima (27/28 May 1905), both decisive Japanese victories. The Russo-Japanese War was the first all-out war of the twentieth century, involving the mass-mobilization of troops and the industrial mechanisation of weaponry. It proved to be a disaster for Russia and for Tsarist prestige.