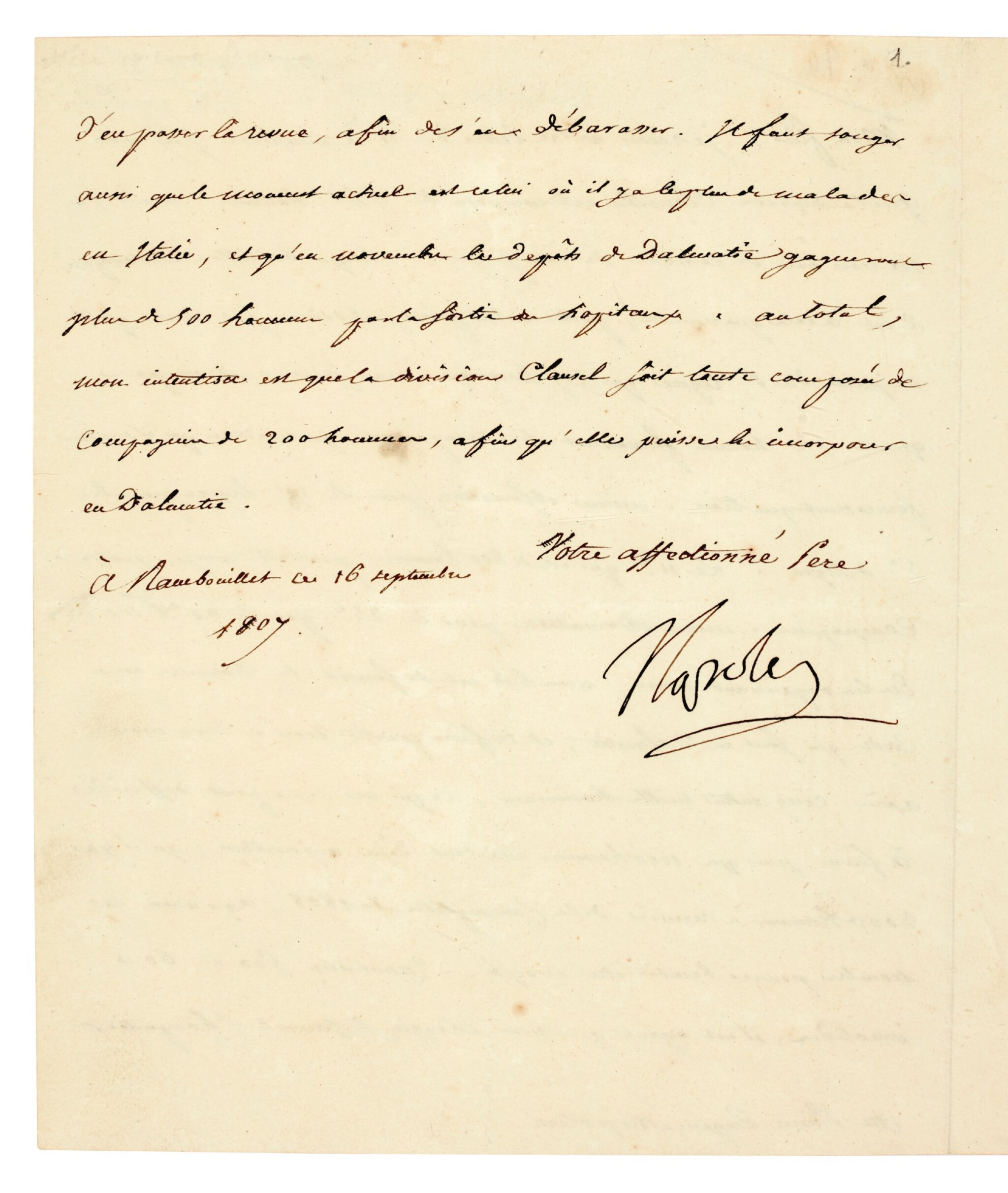 in French, thanking Eugène for his letter discussing his proposed reinforcement of the forces commanded by General Clausel in Dalmatia, noting that he has a total of 5,482 man at present, stating he wishes to achieve a full complement of troops in Dalmatia, and then to send another five thousand men in two or three months' time, including some three thousand due from annual conscription ("...qu'il y a 3,000 hommes à recevoir de la conscription de 1808..."), telling him he should arrange matters so that all Clausel's Divisions comprise two hundred men, advising that only 517 should be sacrificed by the 8th Light Infantry in Italy, and that he should arrange them into three companies rather than six, making similar stipulations for the 18th Light Infantry, the 11th, the 23rd and the 60th, which could all send four companies, reminding him that there are many sick troops in Italy at present and that in November some five hundred will be leaving hospital for Dalmatia, 2 pages, 4to (c.22.5 x 18.5cm), integral blank, Rambouillet, 16 September 1807

Eugène (1781-1824) was the son of Joséphine from her first marriage, and the adopted son of Napoleon. In 1804 he was made a "Prince of France"; in 1805 Viceroy of the Kingdom of Italy and Commander of the Army. This is an attractive letter with a large and relatively complete signature by Napoleon.

catalogue number ("No.70") partially deleted at head of the first page; a few small ink blots, annotation in pencil