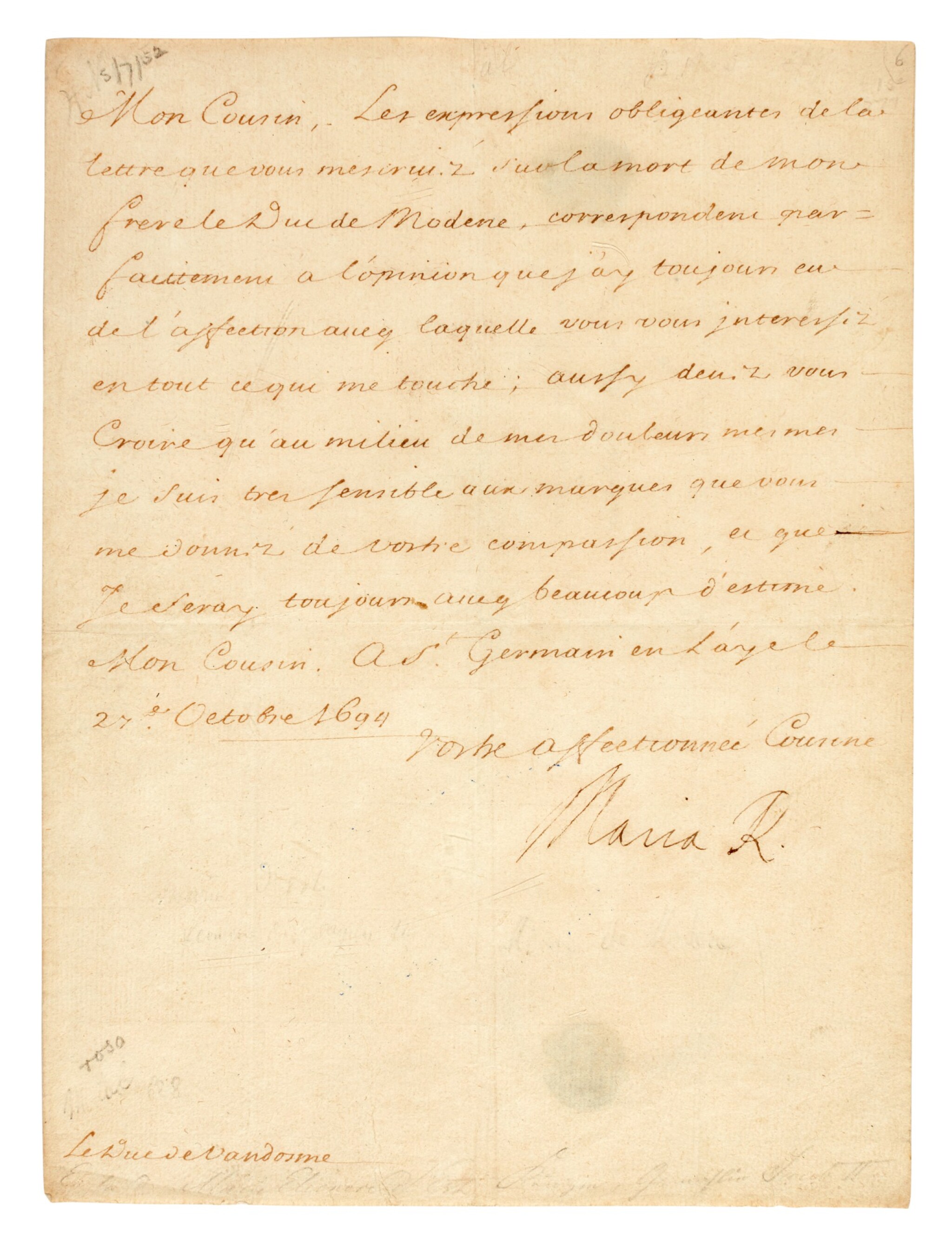 thanking the Duke for his condolences on the death of her brother, in French, 1 page, 8vo, St Germaine en Laye, 27 October 1694, integral autograph address leaf with black wax seal impressions and remains of silk ties; with typescript transcription

A letter written by Mary of Modena from the Jacobite court in exile, six years after the overthrow of her husband, James II, following the death of her younger brother Francesco II d'Este, Duke of Modena. Her correspondent, the Duc de Vendome, was one of the greatest French military commanders under Louis XIV. Indeed, in the War of the Spanish Succession Vendome was to command the army that swept the d'Este dukes from Modena.