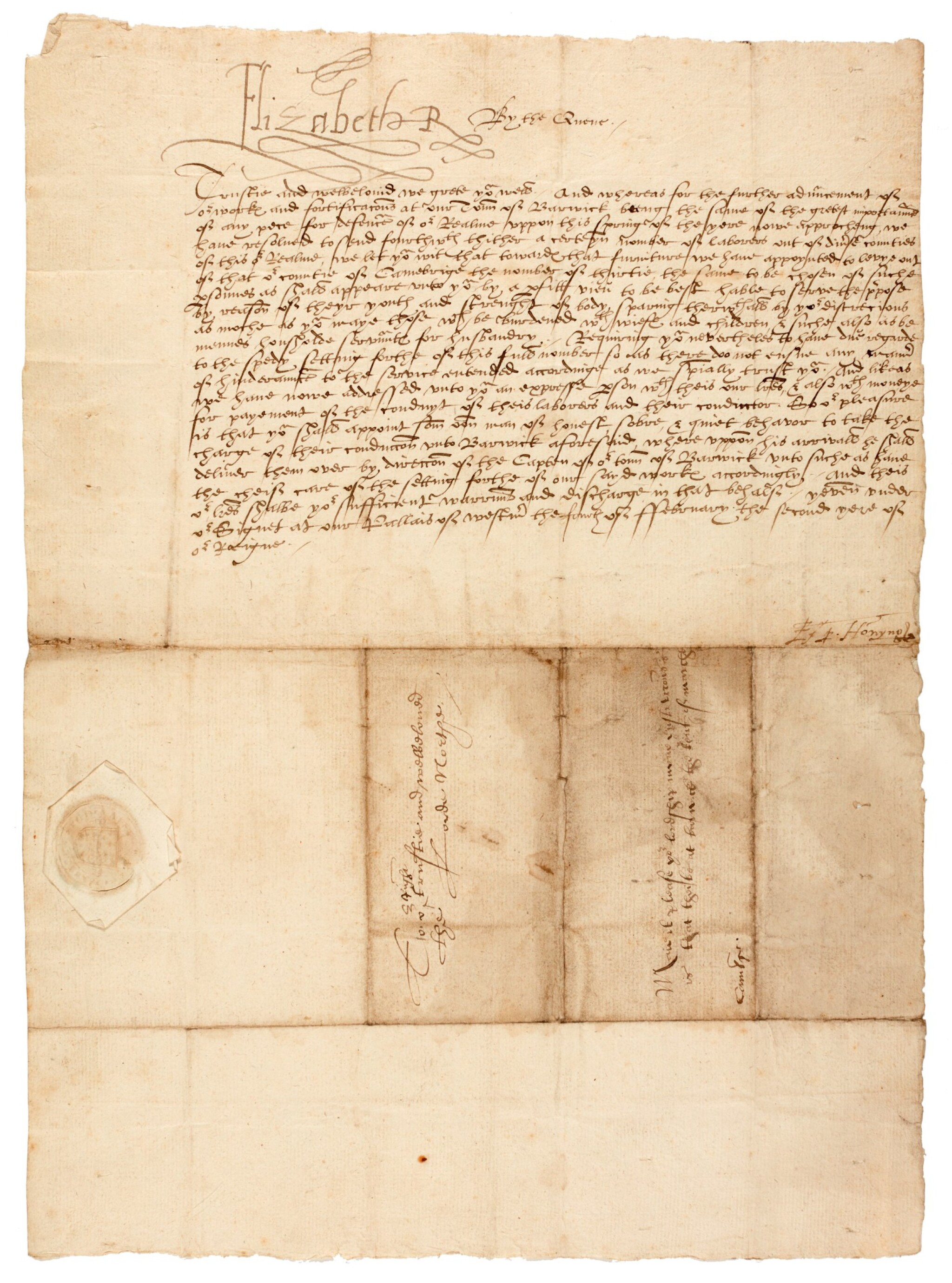 commanding him to levy thirty men from Cambridgeshire to be sent north to work on the fortification of the border town of Berwick-upon-Tweed ("...our workes and fortificacions at our Town of Barwick beeng [...] of the gretest importance [...] for the defence of our Realme..."), asking him to select men "by reason of theyre youth and strength of body, sparing therwithall [...] as moche as you maye those which be burderned with wiefes and children", 1 page, oblong folio, integral address leaf with an additional note to Lord North ("Maie it please your lordship myne Instructions is that thei be at barwick the tenth of march"), Westminster, 4 February 1560, papered seal

Edward, First Lord North (1504-64) had been a leading figure in successive Tudor governments, but opposed the Elizabethan religious settlement and spent his final years in retirement at his Cambridgeshire seat of Kirtling. Berwick-upon-Tweed, which had for centuries been contested by England and Scotland, was already heavily fortified but the early Elizabethan years saw major enhancements of the defensive walls. Large portions of the town's Elizabethan fortifications remain intact to this day.

Nicks and dust-staining to address leaf