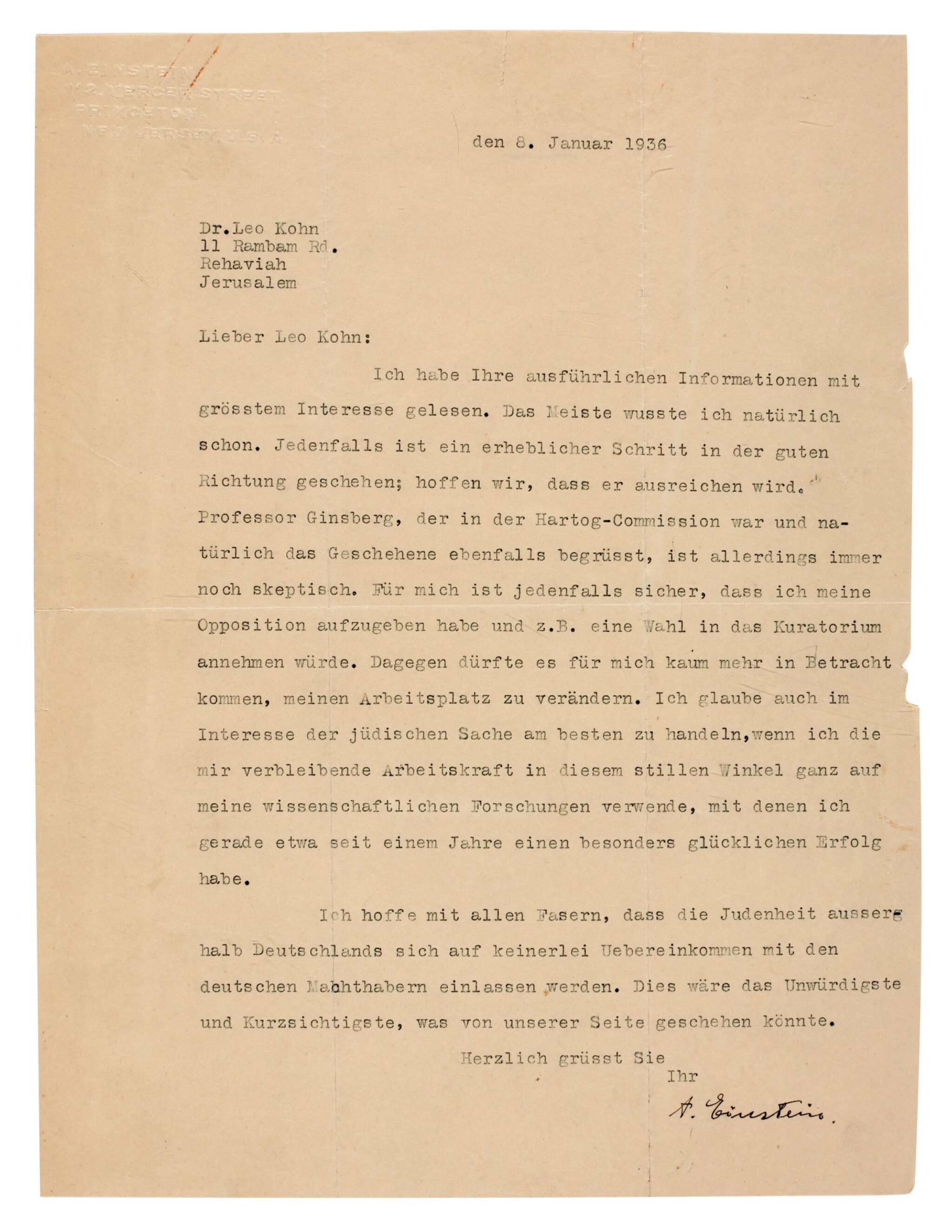 TYPED LETTER SIGNED ("A. EINSTEIN"), TO DR LEO KOHN, THE SECRETARY OF THE JEWISH AGENCY IN JERUSALEM,

in German, thanking him for his detailed letter, which he has read with interest, agreeing that the developments he reports are positive, but reporting that Professor Ginsberg, who had been on the Hartog Commission, has expressed doubts that anything will materialize, and stating his firm belief that the Jewish leaders outside Germany must avoid coming to any agreement with the current regime there, which would be the most unworthy and short-sighted step to take; Einstein says that, whilst he is willing to serve on a board of trustees, he cannot foresee giving up his present job, since he believes he can best serve the Jewish cause by continuing his scientific research in his quiet niche at Princeton, 1 page, 4to (27.4 x 20.7cm), 112 Mercer Street, Princeton, New Jersey (impressed address), 8 January 1936

Einstein's correspondent may have written to him about the Hebrew University of Jerusalem, on whose first Board of Directors he had served; they had exchanged letters on the subject in the 1920s. Leo Kohn (1894–1961) had settled in Palestine in 1921 and he was at the centre of Zionist and Israeli diplomatic activity over three decades. At this time Kohn was the political secretary of the Jewish Agency, led by David Ben-Gurion, which played a central role in the founding and the development of the State of Israel.  Professor Ginsberg is probably H. L. Ginsberg (1903-1990), a professor of rabbinic literature in New York, who had served on the Hartog Commission (1929), reporting on education in India under the Raj.

some creasing at folds