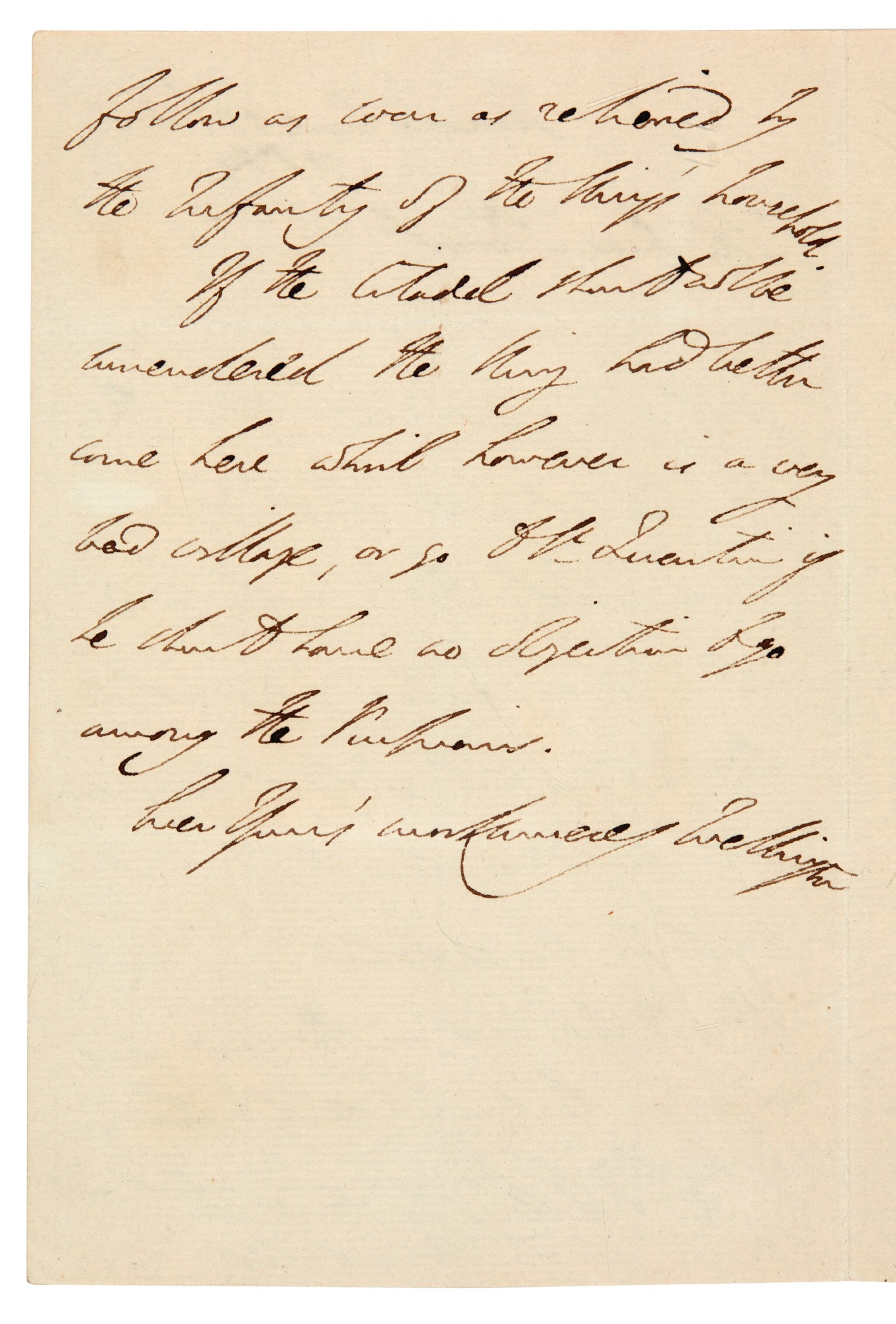 seven days after the Battle of Waterloo, regarding the expected fall of the Citadel of Cambrai to the Allies ("...The accounts which I have from Cambray give such strong ground for hope..."), and the possibly necessity of King Louis XVIII of France attending the city in person ("...If the Citadel should not be surrendered the King had better come here..."), 2 pages, integral blank, 8vo, 25 June 1825

A LETTER BY THE VICTOR AT WATERLOO DURING HIS FINAL ADVANCE ON PARIS. The British seized the town of Cambrai on 24 June but the heavily fortified citadel held out until the next day, when the governor complied with the command of a French royalist officer to surrender in the name of King Louis XVIII. Wellington's correspondent, Sir Charles Stuart (later Baron Stuart de Rothesay), was Ambassador to the exiled French King during the Hundred Days.