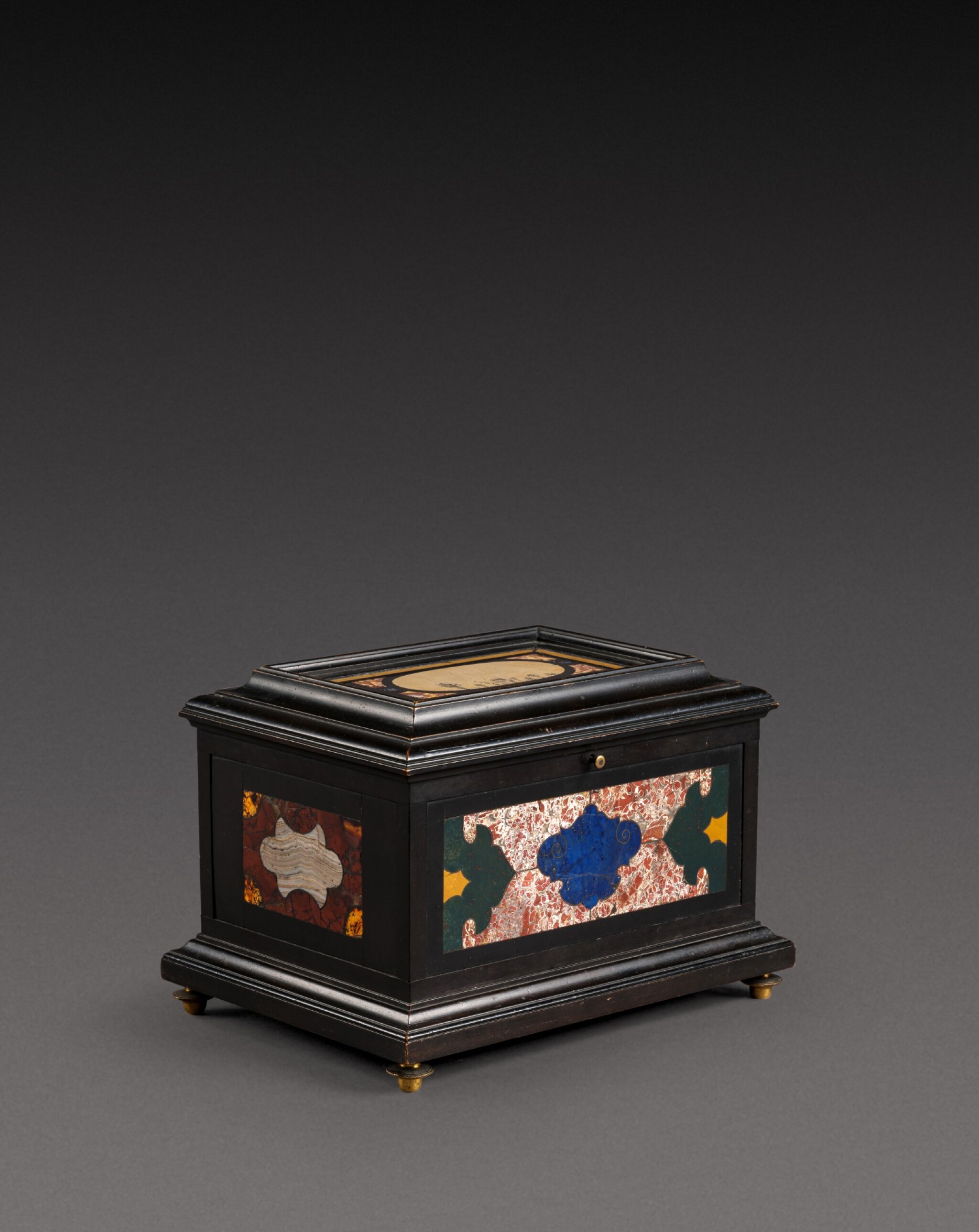 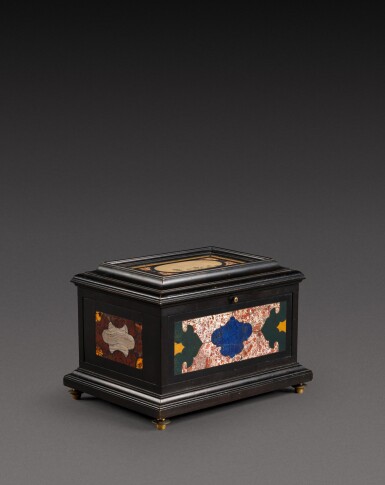 the panel in the lid, Florence, 18th century, the other panels, Rome and 17th century; the casket late 19th century/early 20th century

opening to reveal a mirrored lid and a mahogany interior, bottom missing

In good overall good conserved condition, with bottom of casket missing. one corner of back panel chipped and with filling