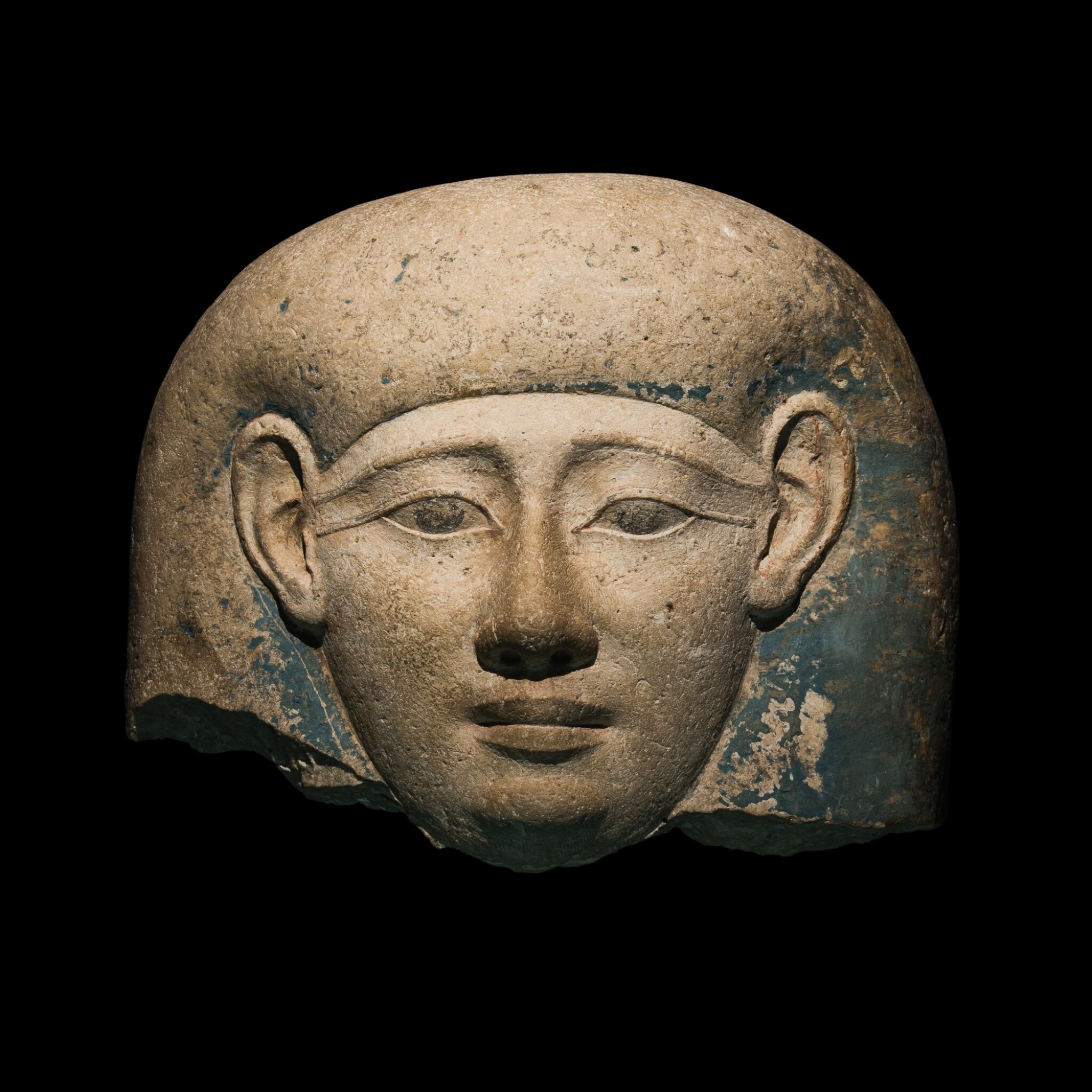 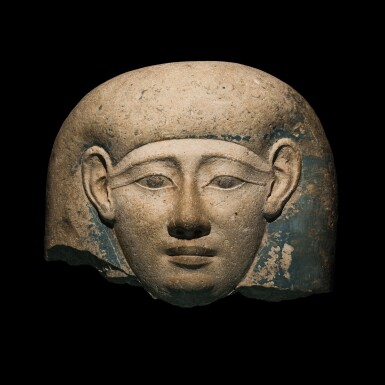 from the lid of a large anthropoid sarcophagus, wearing a wide tripartite wig, the idealized face with full outlined lips, straight nose, and almond-shaped eyes with long contoured eyebrows and cosmetic lines in relief; remains of blue and black pigment.

Very good. Remains of red pigment on philtrum, inside nostrils and mouth, above eyes, and over ears. Remains of black pigment on raised eyebrows. Blue pigment on wig preserved mostly around face and on proper left side.

Tip of nose and nostrils darkened from rubbing.

Mounted in back for hanging on wall.

Cf. Sue D’Auria, Peter Lacovara, and Catharine H. Roehrig, Mummies & Magic, The Funerary Arts of Ancient Egypt, Boston, 1988, p. 193, no. 139, for a similar sarcophagus mask slightly later in date. The author writes that it "belongs to a class that evolved in Dynasty 30, and continued in use well into the Ptolemaic Period. Some dated examples were found by Petrie in Cemetery B at Abydos, belonging to Dynasty 30, and later sarcophagi of the same type are recorded from Qau and Akhmim. They usually bear inscriptions down the front in vertical columns, and additional decoration could be provided at the sides in the form of representations of the Four Sons of Horus or other funerary deities. Large wesekh-collars with falcon-headed terminals are also a feature of certain examples of this type of sarcophagus. Many uninscribed sarcophagi of this shape and material are known; they may be unfinished, or the painted decoration has not survived."

A closely related complete sarcophagus lid, 72 inches high, inscribed for its owner Pedienese and dated to 350 B.C., is in the British Museum, inv. no. EA34 (https://www.youtube.com/watch?v=Qmgv2NihVTg).