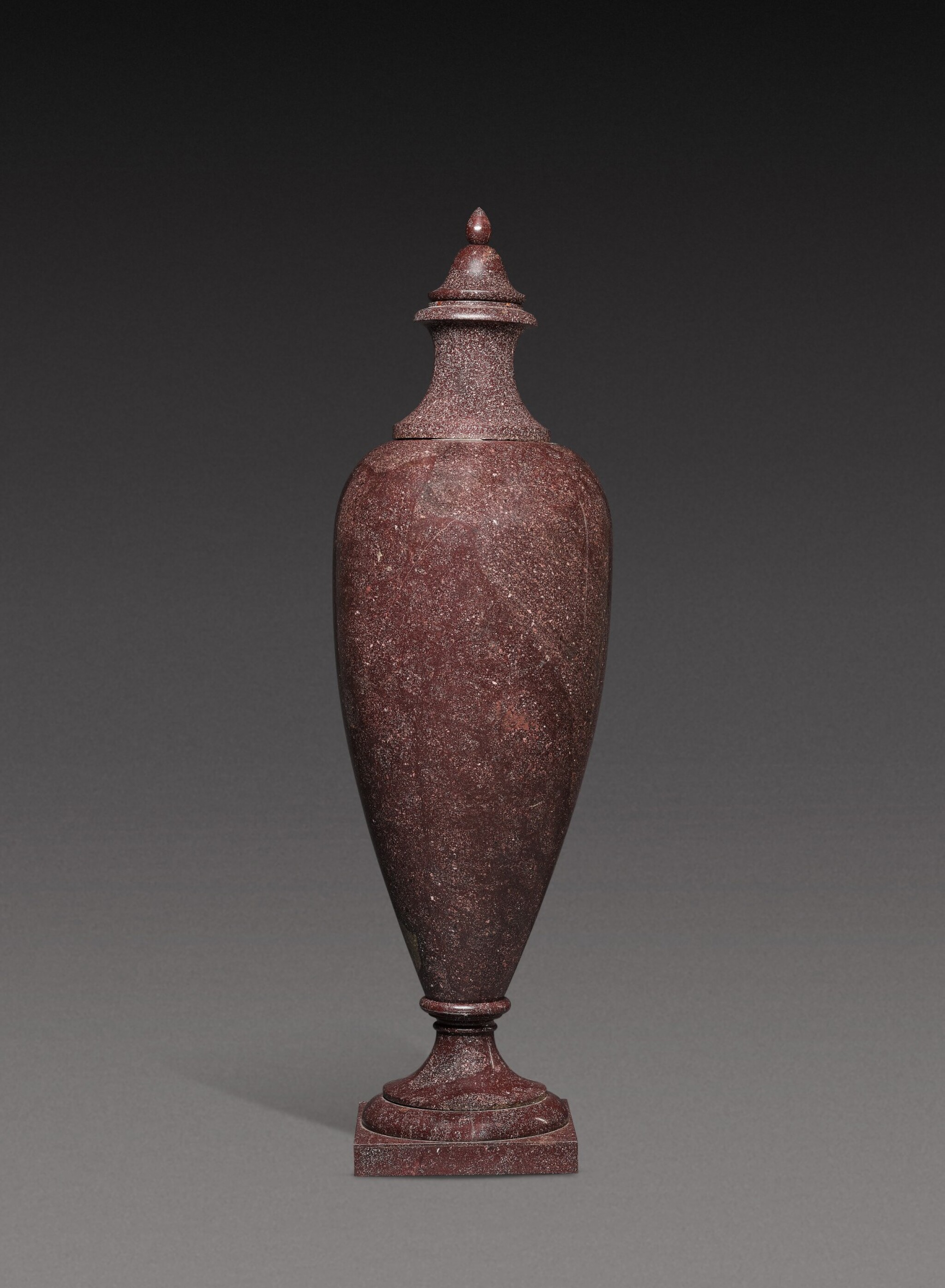 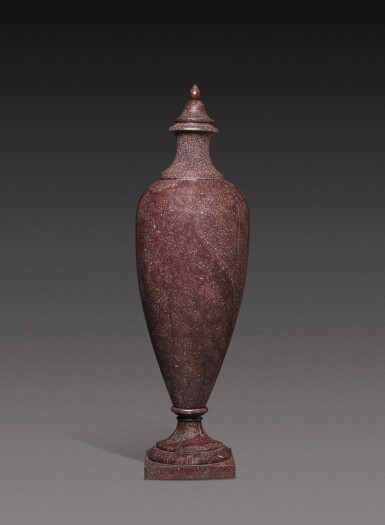 with a cover, on a waisted socle raised on a square base

This is in overall good restored condition. Very minor chipping to edges and scratches consistent with age and use. The neck with a minor break, now repaired, to the top. The body of the urn is in good condition, with two small lighter green-ish patches of porphyry, and some minor areas with chipping and craquelure and some corresponding refills which are not too distracting. One section of the socle with two breaks which has now been repaired. The neck does not seem to fit on perfectly on the body. Of impressive scale.

Property of a Swiss Private Estate near Geneva.
This urn is particularly impressive not only for the use of porphyry, but also for its impressive scale. Egyptian porphyry, as a material, stopped being quarried in Ancient times, and its use from the Renaissance onwards was possible by reclaiming the material from Ancient monuments ruins, particularly columns. The sheer size of this urn reveals the scale of the column from which it was carved and the herculean effort that would have been involved in transporting those from Egypt in Roman times.

No other stone in Western Civilization has attained the same prestigious status as that of porphyry. A stone which embodied the power of Emperors and rulers since Antiquity, and from the end of the Roman Empire represented a means to legitimise and underline the power of any pretender to the throne. Of a deep purple color with flecks of white, the bullet hard volcanic stone was, according to Pliny’s Naturalis Historia, discovered by legionary Caius Cominius in the year 18 AD at a location now called Mons Porphyrites (Porphyry Mountain), in the eastern desert of Egypt. Romans gave the stone a name: “porphyry”, deriving from the Latin word for purple, the color of nobility. With exceptional strength and durability, its intrinsic qualities were perfectly suited to the message of power and authority but also made it extremely hard to work and carve, making objects in this hardstone both political and artistic statements. After the 5th century, the quarries ceased to be mined and Mons Porphyrites was lost to oblivion. Thereafter, the sole source for porphyry of this type used in Western Europe were ruins from Ancient Rome, imbuing the new works created with a deep spiritual connection to Antiquity.